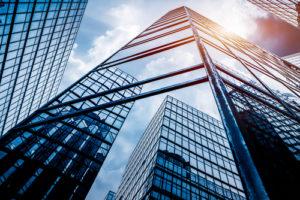 Ground has been broken by Chicago-based developer Sterling Bay on a 47-story tower at 300 N. Michigan Av., between the City’s Riverwalk and Millennium Park. The tower will be a 523-foot glass and steel skyscraper. It will include 289 residential units and a 280-room hotel by Netherlands-based citizenM.

More than 500 on-site construction jobs will be created through the project, according to the developer. On Aug. 27, a building permit was filed that allowed general contractor Linn-Mathes Inc. to start work on the project’s tower crane — covering the “Phase 1 foundation and initial set up of a Potain MR418 lifting jib crane.”

The limited permit is set at $60,000, while the overall estimated project value is around $250 million. Sterling Bay spokeswoman Julie Goudie says the project is positive momentum for the City of Chicago. Goudie wrote in an email to CBS Chicago 2 that, “We see this as a bright spot of positive momentum for the City of Chicago – North Michigan Avenue, in particular – which has seen its share of strife this summer.”

In July, Sterling Bay achieved success in securing $174.5 million financings for the mixed-use structure. They are building the structure in partnership with Magellan Development Group. The structure is designed by Bkl Architecture. The 523-foot glass structure is situated few distance from several of Chicago’s most visited tourist attractions. Some of the attractions include the recently revitalized Chicago Riverwalk and Millennium Park’s world-famous Cloudgate.