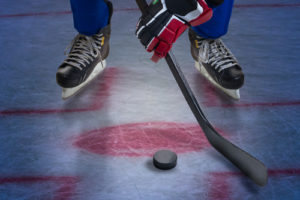 It was a comprehensive win for the Steel against the Musketeers on Saturday night at Tyson Events Center. The Steel had the best second frame of the season in the game against the Sioux City. It scored five goals in the period of just 10 minutes and 19 seconds in the second frame.

The visitors were on fire in the second frame. A few moments later, Josh Doan beat the netminder of the Musketeers, Ethan Haider, and scored the fourth goal of the game. The Musketeers replaced Haider with Aiden Harper for the rest of the game after the fourth goal of the Steel. Sam Stange of the Sioux City cut the deficit by beating the netminder of the Steel, Victor Ostman.

In the final moments of the final frame, Viktor Masilevich scored the third goal for the Musketeers. In the end, the visitors grabbed a comprehensive win over the hosts with a margin of 6-3. Ostman has another outstanding game as a netminder. He made 30 saves in the game. In the game against the Capitols on Nov. 9, he made 31 saves. He is in great form at the moment. The Steel will meet again with the Musketeers on Sunday afternoon. It will be the third and final regular meeting of both teams this season.