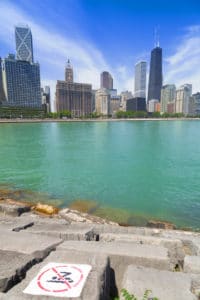 The Chicago Park District has issued a swim ban for 25 Chicago area beaches.

How To Find Your Purpose And Passion …
‘The Angry Cabbage’. A Vegetable Rese…
Hey You, Finish 2019 Strong
Top Extracts Kratom Review
Wazirx CEO Nischal Shetty on the Indi…

There is also a Lake Michigan swim ban out of Lake County.

The ban comes after Chicago Fire officials said two people were pulled out of the lake at Fullerton beach around 6:30 a.m. Sunday, where one person was transported to St. Joseph’s in critical condition. The other person refused treatment, according to officials.

The two people were not connected to the triathlon.

Organizers for the Chicago Triathlon also decided to cancel the swimming portion of the race due to hazardous swim conditions.

According to Waukegan Fire officials, crews performed two other water rescues Sunday morning on Lake Michigan where a man was sent to the hospital in critical condition.

The National Weather Service issued a rip current warning for Lake Michigan until Saturday afternoon, but that doesn’t mean it’s safe to return to the water.