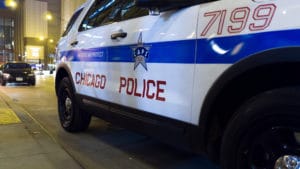 A new online tool seeks to call attention to what officials have identified as a cause of gun violence in Chicago, where more people are shot and killed than in any other city in the U.S.

Police Superintendent Eddie Johnson unveiled the tool, which gives the public a quick way to see who’s been arrested on gun-related charges and whether a given suspect has posted bail.

“If we’re OK with how things are going, then don’t look at it,” Johnson said as he announced the Gun Offender Dashboard. “But if you want to know why we are suffering from some of the things we are, then take a look at it and come to your own conclusions.”

The tool rollout took place even as the number of shootings in Chicago has fallen to a four-year low. The city saw 1,210 shootings and 282 homicides in the first seven months of the year, down from 1,363 shootings and 321 homicides during the same period of 2018.

Some critics have said Johnson’s talk about a revolving door at the jail was little more than an effort to distract from his department’s inability to bring violent offenders to justice. In a letter to Mayor Lori Lightfoot, Cook County Board President Toni Preckwinkle pointed to a study that found that police have made arrests in only about one in four homicides and one in 20 shootings.

“The problem is not what happens when Violent Criminals come before judges in Chicago, but rather what happens when violent criminals are never brought before a judge,” wrote Preckwinkle, who lost the mayoral race to Lightfoot in April. That left “families of victims with no closure while violent perpetrators of crime are emboldened to continue wreaking havoc in our communities.”

Johnson disputed any suggestion he was trying to distract the public from focusing on his department.

Your Vision and Your CRM Strategy- Close the Loop