I am not a fan of cryptocurrencies: Trump says 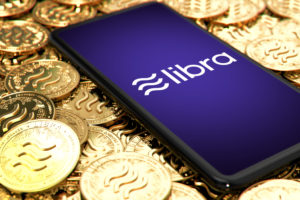 Trump said that he is not a fan of Facebook’s Libra. He demanded the Cryptocurrencies to seek banking charter. He criticized the Bitcoin, Libra, and other cryptocurrencies and said that they should regulate themselves according to the US and global regulations to be called as banks.

Trump said on Twitter, “I am not a fan of cryptocurrencies and Bitcoin as they are not money. Their value is highly volatile”. He added, “If Facebook and other such companies want to become a bank then they must have to follow the banking charter and other banking regulations”. The White House, US treasury department, and Facebook have not responded to the comments of the president of the United States of America.

Jerome Powell, Chairman of Federal Reserve, said earlier, “Facebook is planning to launch a Digital Currency. It will not be launched until it answers the questions related to the privacy, money laundering, financial stability, and other such aspects”. The US Financial Stability Oversight Council is expected to make a review of this digital currency project.

Facebook announced last month that it will launch a digital currency, Libra, in 2020. Facebook has 28 partners in this project. Uber Technologies Inc, PayPal Holdings Inc, and Mastercard Inc are the governing partners of Facebook in Libra project. There is not any bank in the list of partners in this project. JPMorgan Chase and Co, the largest bank of the US in terms of asset, also plans to launch a digital currency.

Bitcoin, launched in 2008, was created with a prospect of an alternative currency. Cryptocurrencies have faced the allegations of money laundering and terrorist financing. The supervision of the crypto trades and remained unsupervised. Trump seeks the regulation of the digital currencies if they want to be called as banks. Facebook has not given any response towards the tweet of Trump.

I am not a fan of cryptocurrencies: Trump says