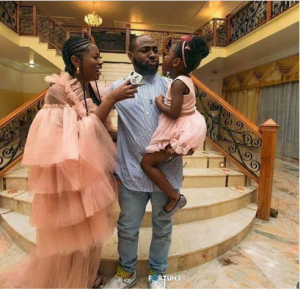 Popular Nigerian singer, David Adeleke also known as Davido has got Nigerians talking after he was spotted in a private jet with his first baby mama, Sophia Momodu along with their daughter, Imade, cruising in a private jet.

According to reports, the duo was travelling to Ghana for a musical festival scheduled for Tuesday, 31st December.

Reacting to the viral photo, Nigerians have pointed out that she might just get pregnant for him again.

Read Also: A Good Time With Davido was totally lit and my S5 Was The Perfect Date For The Event. “She was brilliant”

The singer recently tied the knot with heart rob, Chioma and the duo have a son together.

See the photo below: 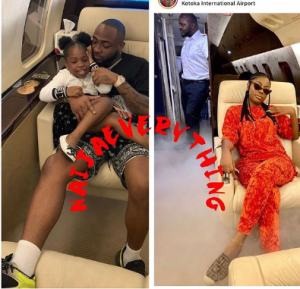 What Nigerians are saying below: