The Office of the Senate President has stated how Ahmad Lawan should be addressed officially . 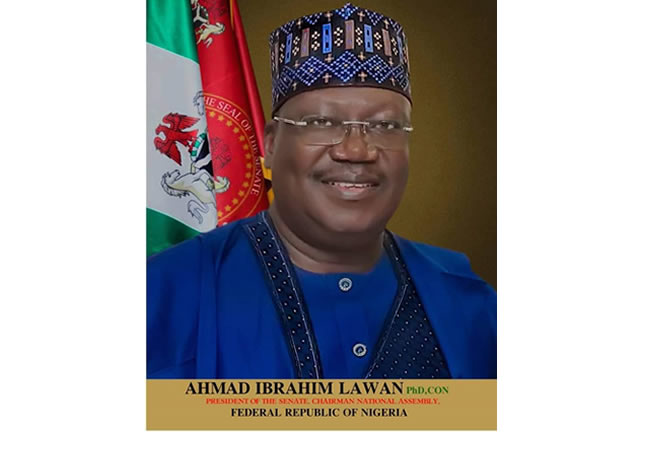 It also released his official Portrait .

An email from the Senate President ’s Media Office on Tuesday states,” The attached photograph is the official portrait of the president of the Senate .”

Continuing , the email states, “ The President of the Senate is to be addressed as: Ahmad Ibrahim Lawan , Ph .D , CON, as indicated on the portrait . ”