Science vocation: US envoy urges FG to invest in women 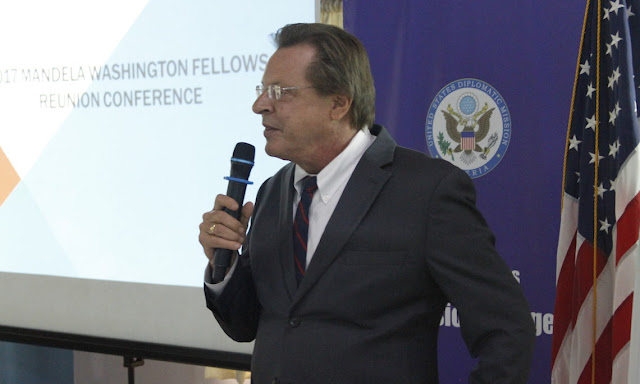 United States Consul General John Bray has tasked the Federal Government to invest in women and girls in science for inclusive growth and development.

Bray made the call in an address to commemorate the International Day of Women and Girls in Science. He said it is important for the government to prioritize the learning of Science Technology Engineering Mathematics (STEM) education with special focus on females who are involved in the profession.

The envoy said the United Nations set aside the International Day of Women and Girls in Science in order to reflect on the wide gap between the male and female genders in the study of STEM.

According to him, currently, just 30% of the world’s researchers are women. He noted that while a growing number of women are enrolling in university, many opt out at the highest levels required for a research career.

He added that a significant gender gap has persisted over the years at all levels of STEM education all over the world despite the fact that women have made tremendous progresses towards increasing their participation in higher education. He pledge the mission support to Nigerian females in the STEM vocations. Also, the Consulate’s Public Affairs Officer Russell Brooks just like the theme of this year’s celebrations “Investment in Women,” government must recognized the critical role women and girls play in STEM communities and support them.

Science vocation: US envoy urges FG to invest in women