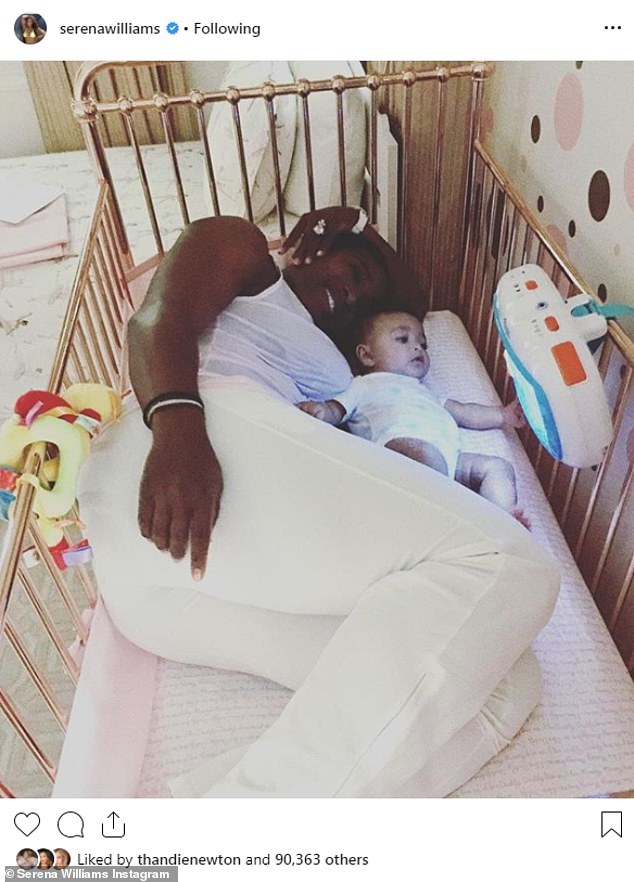 She's a world-class athlete, an activist and a fashion designer.

Serena Williams was in mommy mode on Monday when she shared a sweet photo with daughter Olympia.

The three-time French Open champ, 37, was the image of motherly bliss as she climbed into her only child's crib to cuddle with her.

Both Serena and girl were dressed in all white outfits as they stared at a bulbous little screen with orange buttons while inside of a golden baby bed.

The toy appeared to be Baby Einstein's Sea Dreams Soother, a $40 light up box containing a cool aquatic scene with accompanying lullabies.

Keeping captionless, the tennis pro let the picture speak for itself. 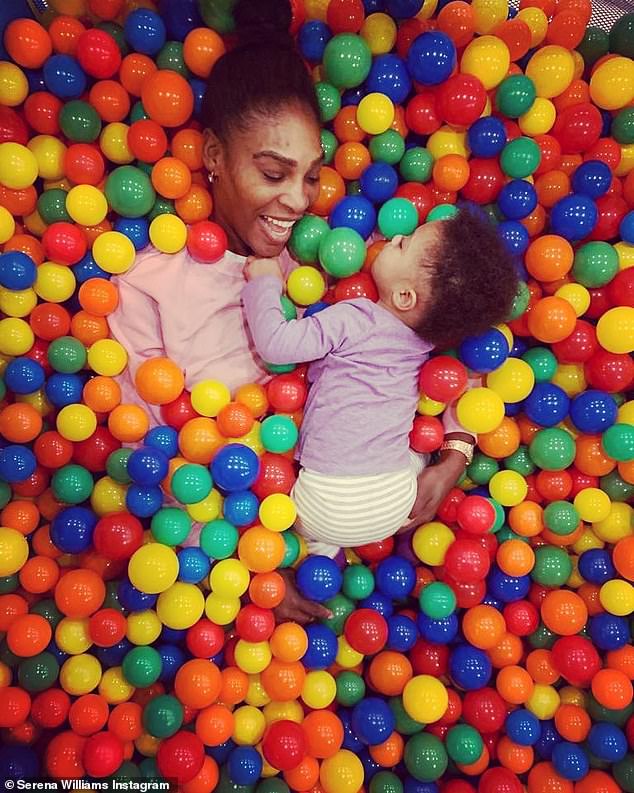 While baby Olympia looked serene in her crib, Williams recently confessed to being a less-than well behaved child - at least when on the tennis court.

'I was a terrible loser,' she told reporters during last month's Australian Open.

Recalling an early bout with older sister Venus, Serena said: 'It was my first match, when I was like 8, and I played Venus, and I lost.'

'It was the final, and she gave me her first place because I was a terrible loser. And she was like, "Serena, I want you to win," so she gave me her trophy, and that's the only one I really keep' 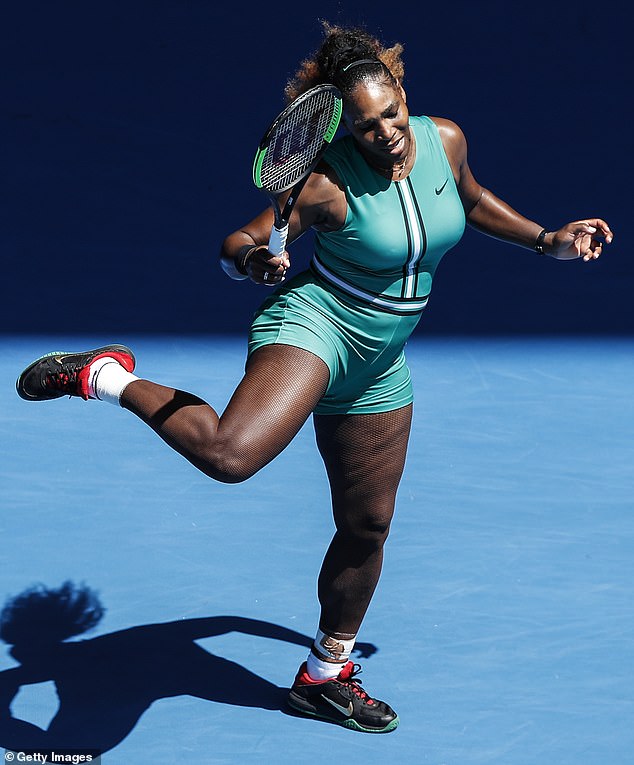 Serena and husband Alexis Ohanian welcomed their baby girl into the world in September of 2017.

The couple announced their engagement in and were married in a New Orleans, Lousiana ceremony in 2017.