She's never been afraid to show a little skin.

Emily Ratajkowski still looked ravishing in a relatively modest deep red suit when the 27-year-old arrived at the REVOLVE Awards in Las Vegas on Friday.

The Instafamous model paired the chic outfit with heels for her red carpet turn. 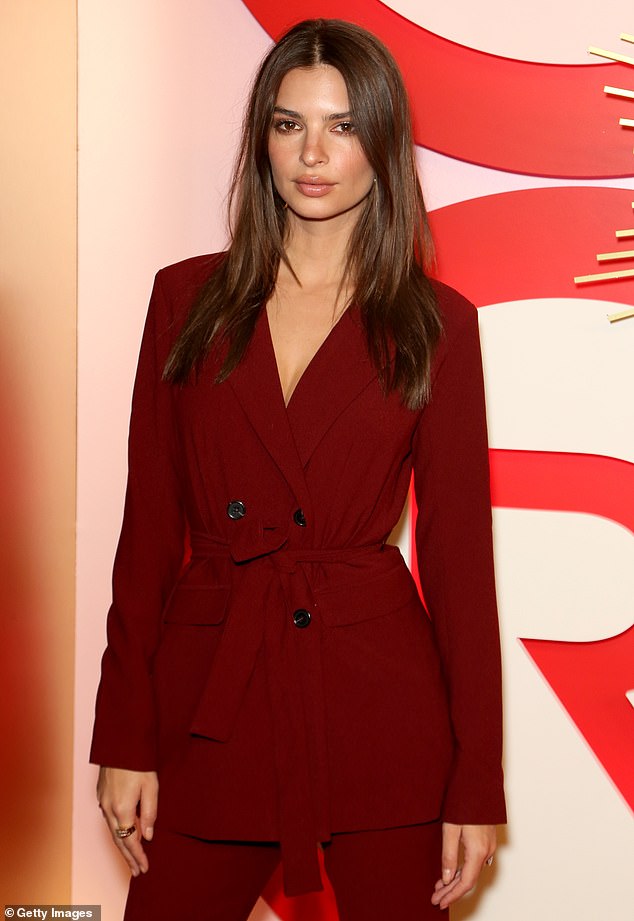 The I Feel Pretty actress wore her luxurious brunette tresses loose and flowing for her evening out in Sin City.

She kept her makeup simple, opting for a sheen of a nude lip for her red carpet turn.

Later in the evening, Emily turned her pout up to 11 as she posed next to singer-model Teyana Taylor inside the star-studded event.

Earlier this year, Emily surprised friends and fans when she announced she married Sebastian Bear-McClard in a courthouse wedding in February after dating just a few weeks. 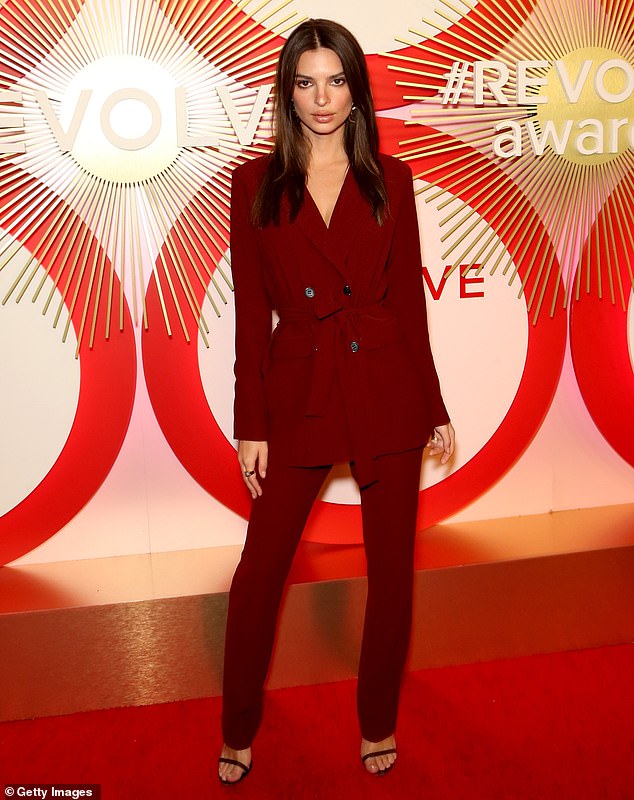 Sebastian, who is an actor and producer, wooed his lady to the altar in the unique fashion that included some fast-thinking ingenuity. Turns out, he proposed to her with a ring made out of the paper clip from her restaurant bill.

'He proposed to me at Minetta Tavern [an upscale restaurant in New York City], and he didn't have a ring so I was like, mmm, Nah,' the model and actress revealed during an appearance on The Tonight Show Starring Jimmy Fallon. 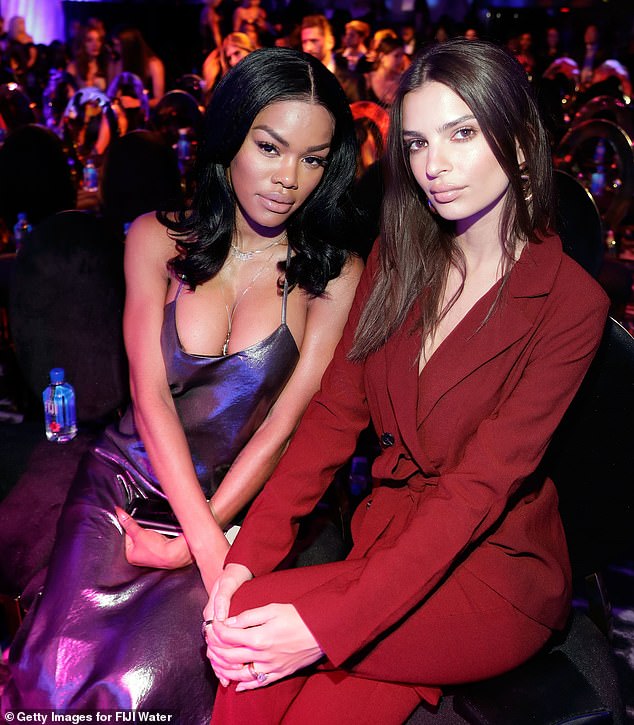 'And then he took the paper clip that the bill was paid with and made me a ring which I actually thought was really romantic.'