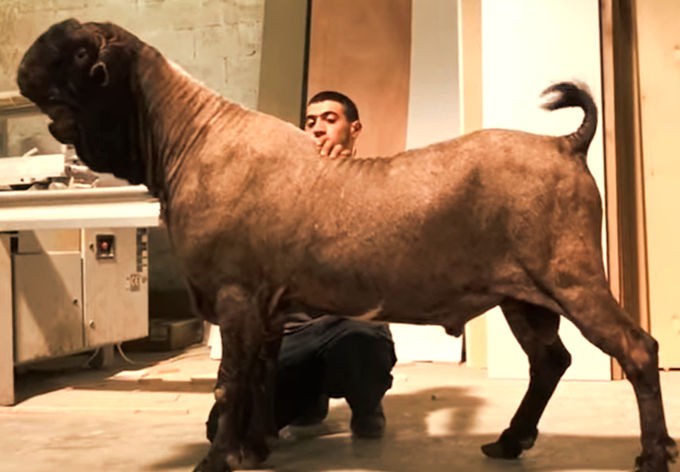 The Damascus goat is a rare goat race that lives in the Levant region. This latter includes Palestine, Jordan, Syria and Lebanon. Actually, people of that region call it the ‘Shami Stud’ or the Levantine Stud.

Although it may look ugly and weird, this race has many special features and gifts. For instance, it can live up to thirteen years. It also produces great volumes of milk.

Furthermore, its female often gives birth to twins; whereas the male can weigh as much as eighty kilograms.

The Damascus Stud has become an investment asset in the Arabian peninsula. The female’s price is about US$10,000 and can reach US$15,000. As for the male, the price jumps in some cases to US$50,000 and more.

Yet, such high prices are not driven by functional value, but by aesthetic properties. What might be described as ugliness in the west, Levantine and Gulf Arabs consider it a fine beauty.

An expert in the matter says that in the past, pink goats were the most popular. However, the taste shifted recently towards dark brown and pure black.

How Infographics (And Their Tools) Can Supercharge Non-Profits