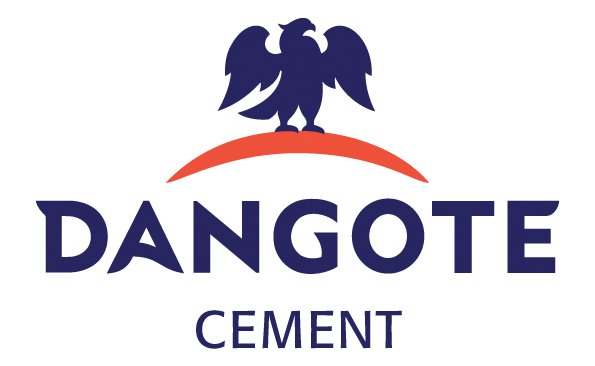 Analysts reveals that Dangote Cement Plc has maintained its performance for the unaudited half year result for the period ended June 30, 2017 and reaping from its effort of turning Nigeria to an exporter of cement.

The company statistics which was released on the Nigerian Stock Exchange (NSE) at the weekend showed Overall Group revenue increased by 41.2 per cent from N292.5billlion in H1 2016 to N412.7 billion in H1 2017, despite an 11.3 per cent fall in group volumes, to 11.5Mt, as the impact of price increases across the market dampened sales in main market.

Sales volumes from Nigerian operations fell from 8.8Mt to 6.9Mt, but the new pricing structure more than offset the 21.8 per cent fall in volumes and revenues from Nigeria increased by 34.5 per cent to N291.4 billion.

Across its Pan-African operations, sales volumes increased by 12.6 per cent to 4.7Mt, with a 53kt maiden contribution from Sierra Leone, 1.1Mt of cement sold in Ethiopia, almost 0.7Mt sold in Senegal, 0.6Mt sold in Cameroon, 0.5Mt in Ghana, 0.4Mt in Tanzania and 0.3Mt in Zambia.

Pan-Africa revenue increased by 63.7 per cent to N124.4 billion from N76 billion mainly as a result of increased volumes and foreign exchange gains when converting the sales from country local currency into naira.

Total selling and administration expenses rose by 29.4 per cent to N72.8 billion, mostly as a result of increased operations in Pan-Africa and associated administration and distribution costs.

Depreciation and haulage costs increased in line with the increase in the Pan-African truck fleet by 1,000 trucks.

In addition, the depreciation of the naira resulted in increased haulage costs in Nigeria with the diesel costs increasing by N3.8 billion. The average exchange rate during H1 2016 was N212 per dollar as compared to an average of N308 per dollar during H1 2017.

This also contributed to the overall increase in operating costs for the Pan-Africa operations, as costs incurred in local currency were converted into naira. The exchange rate impact on Pan-Africa costs amounted to N29 billion.

This was mainly the result of additions to fixed assets amounting to N37.5 billion, exchange gains on retranslating subsidiary assets of N48.6 billion being partially offset by depreciation amounting to N40 billion.

Additions to property, plant and equipment were N37.5 billion, of which N19.7 billion was spent in Nigeria and N17.8 billion in Pan-Africa.

Current assets increased by N73.6 billion, driven mainly by the increase in prepayments and deposits made to suppliers. Current liabilities are up by N20 billion, due to increased current tax liability for lines that are out of the tax-exempt period, as well as trade and other payables.

The chief executive officer of Dangote Cement, Onne van der Weijde, said, “Our revenues have continued to grow despite the lower volumes seen in Nigeria, especially because of the recent heavy rains.

Our margins have improved significantly, helped by improved efficiencies and a much better fuel mix in Nigeria.

We are using much more gas and increasing our use of coal mined in Nigeria, thus reducing our need for foreign currency and supporting Nigerian jobs.

“Our Pan-African operations are growing well and increasing market share. We saw our the first sales from Sierra Leone in the first quarter and our new plant in the Republic of Congo will be in production at the end of July, further increasing our footprint across Africa and strengthening our position as its leading manufacturer of cement.”