Can GOP do the Pennsylvania Polka? 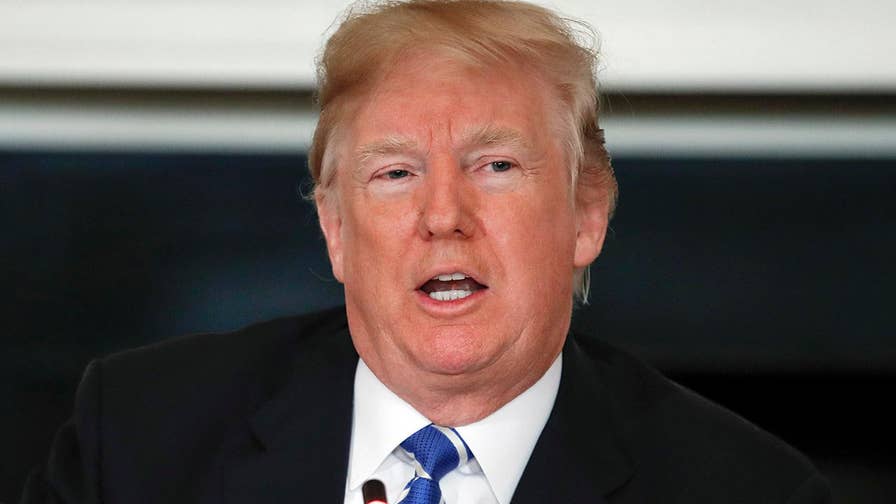 **Want FOX News Halftime Report in your inbox every day? Sign up here.**

Sen. Tammy Baldwin, D-Wisc., receives max donations from GOP opponent’s parents – The Hill
How much damage can bots really do during a campaign? – NYT
AUDIBLE: FUNNY HA-HA?
“I probably could’ve made it balance. But you all would’ve rightly absolutely excoriated us for using funny numbers to do it.” – Budget director Mick Mulvaney
discussing the White House budget proposal released yesterday.
FROM THE BLEACHERS
“Abe Lincoln did indeed grow a beard on the advice of Grace Bedell. I am a recent transplant to Westfield, NY from the Wheeling, WV area. Abe stopped in Westfield to see Grace in Westfield on February 16, 1861. There is a statue commemorating their meeting near the center of Westfield. After we haul everyone off to experience the local wineries we take them to view the statue of Abe and Grace.” – Heidi Fowler, Westfield, N.Y.
[Ed. note: Thank you, Ms. Fowler! My excuse for leaving my hometown of Wheeling is that they keep the government here in Washington and covering it from the Northern Panhandle would be a tad inconvenient. I hope you have as good a reason for leaving our happy valley! I would imagine, also, that these rounds at the wineries make for very willing audiences, indeed.]
“Chris, Both houses of Congress just can’t restrain themselves when it comes to spending. Can the Executive Branch refuse to spend appropriated funds? If so, President Trump can get spending under control and be a hero of the conservative wing by not spending to the limits of the appropriation authority(s).” – Bob Manuel, Indian Land, S.C.
[Ed. note: Mr. Manuel, I hate to be the one to break it to you, but the president not only backs this deal but has laid out a budget that would push spending even further into the red. Like his predecessor, the president has said that he believes the government needs to “prime the pump” for the sake of economic growth. As a result of our political moment, federal government is engaging in both kinds of stimulus: increasing the supply of capital by cutting taxes and trying to increase demand through increased government spending. Both kinds of stimulus have been shown to work, but both come with potential consequences that have to be mitigated and managed by economic policy chiefs. Unfortunately, the available means of tempering the effects of those stimuli are contradictory and pose even more serious threats if applied simultaneously. Creating growth is not complicated. Having that growth be sustainable and not lead to burst bubbles, financial panics, crushing debt or runaway inflation is hard.]
“256 million vehicles on the road are paying a fed/state combined tax of about 50cents per gallon. This tax is supposed to pay for highways. Where’d it go? Into the social security lockbox?” – Frank Siegler, Farmington, Minn.
[Ed. note: Either that or Al Capone’s vault, Mr. Siegler… Highway spending has been one of the great accounting scams in recent federal history. Here’s the way it works: lawmakers labor for sometimes years to get a project underway, even though there is not enough money in the highway trust fund to pay for it. Once the project is started, lawmakers can elbow toward the front of the line for funding arguing that failing to complete the project would mean wasting the millions, and sometimes billions, already spent. The idea of the trust fund was not just to have drivers pay the lion’s share of road construction costs, but also provide some degree of strategic thinking and long-term planning for new roads and maintenance. But as you slyly point out Congress has, ahem, found plenty of detours for that money and the fund itself becomes a way for powerful lawmakers to obligate the taxpayers for projects without funding.]
Share your color commentary: Email us at
[email protected] and please make sure to include your name and hometown.
SOUL TO SQUEEZE
KABC: “Duncan Robb had the best of intentions when he got tickets for his girlfriend's all-time favorite band, the Red Hot Chili Peppers; however, in the days before the concert, his other half had a hilarious realization. Unfortunately, Robb didn't buy tickets to see the Red Hot Chili Peppers but the Red Hot Chilli Pipers – ‘the most famous bagpipe band on the planet,’ or so their website claims. … He printed out the tickets and presented them to his girlfriend on Christmas Day, adding that nobody noticed that they would be seeing the wrong band. ‘Fast forward a month and we get the actual tickets through the post… It was only until the Wednesday before when my [girlfriend] wanted to know who was supporting them. She couldn't find anything about the Red Hot Chili Peppers performing in Belfast.’ Once realizing they had flown to Belfast to see the bagpipers, they could do nothing but laugh.”
Chris Stirewalt is the politics editor for Fox News. Brianna McClelland contributed to this report. Want FOX News Halftime Report in your inbox every day? Sign up here.

Chris Stirewalt joined Fox News Channel (FNC) in July of 2010 and serves as politics editor based in Washington, D.C.

The post Can GOP do the Pennsylvania Polka? appeared first on Shareabler.

Can GOP do the Pennsylvania Polka?