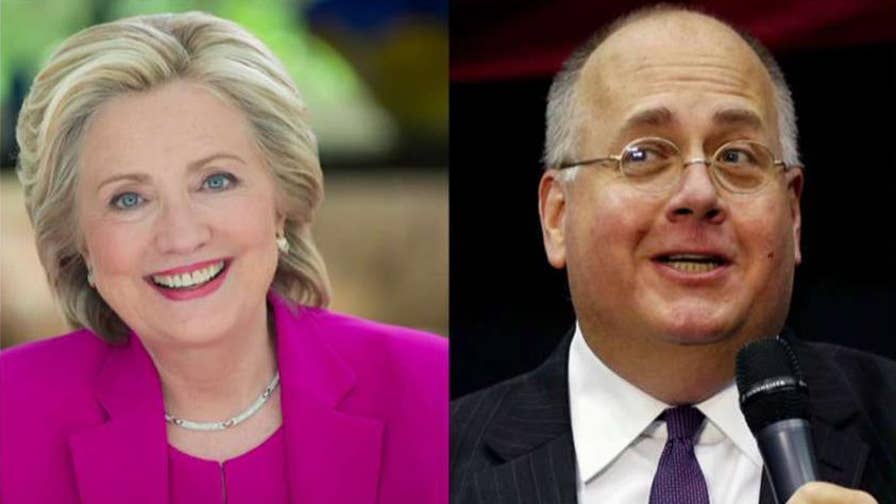 According to the New York Times, Hillary Clinton shielded faith adviser Burns Strider after co-worker accused him of sexual harassment; reaction and analysis on 'The Five.'

Teen Depression: Essential Signs & Ho…
18+ Adult Movies Of All Time To Fulfi…
A Furry’s Guide to Cryptocurrency
Does a Political ad Create a Problem …
OPINION - Shields and Brooks 4/26/201…

New sex harassment allegations have surfaced against a campaign aide Hillary Clinton reportedly refused to fire in 2008 following a similar complaint that he harassed a young subordinate with inappropriate kisses and suggestive emails.

The report Saturday on the BuzzFeed News website accuses the aide, Burns Strider, 52, of sexually harassing two young subordinates at a pro-Clinton super PAC during an 18-month span that began in November 2013.

BuzzFeed’s report comes on the heels of a New York Times article Friday reporting that Clinton kept Strider on her 2008 campaign team as faith adviser even after a 30-year-old campaign staffer charged him with sexually harassing her.

Strider was retained despite the campaign chairman’s recommendation that he be fired, according to the report. He was ordered to receive counseling and lost several weeks of pay, while his accuser was shifted to a new role.

Clinton responded to the accusations on Twitter, in which she said she was “dismayed” when it occurred, but also that she was “heartened” that the woman came forward and had her concerns "taken seriously and addressed.”

Additionally, Clinton said that she called the woman in question to tell her that all women “deserve to be heard.”

BuzzFeed reported that the two new accusers include a woman who said that Strider began harassing her when she started working for him at Correct the Record in Washington, launched by Clinton nemesis-turned-ally David Brock.

She told the website Strider repeatedly commented on her looks, engaged in “constant” touching, and sought to closely monitor and control her activity inside and outside the office.

She said he sent her texts, including one in November 2015 that said, “Your love for me is so palpable. Poor thing. Hang in there.”

The woman said Strider would refer to her as “honey” or "baby” and when she complained he told her that was how he spoke to all of his female friends.

The second woman told BuzzFeed that after she went to work for Strider they shared an Uber ride after a networking dinner in early 2015, and that when he got out of the car he kissed her on the tip of her nose.

She said she told Strider the next day what he did was inappropriate. She said he apologized and told her that he adored her and thought of her as a little sister.

Strider was fired in the summer of 2015 after an investigation at Correct the Record into his conduct, including around issues of sexual harassment, BuzzFeed reported.

The website also reported that in a 45-minute interview Saturday, Strider did not deny that his behavior had been inappropriate. He said he did not remember the kiss after the Uber ride. He said he struggled with depression and was in therapy.

This post first appeared on Shareabler, please read the originial post: here
People also like
Teen Depression: Essential Signs & How Parents Can Help
18+ Adult Movies Of All Time To Fulfill All Your Sexual Fantasies| Lolita, Exotica and More
A Furry’s Guide to Cryptocurrency
Does a Political ad Create a Problem in Facebook and Twitter – No problem BLOCKCHAIN on its way!!!
OPINION - Shields and Brooks 4/26/2019
John Duran – The Mayor Of West Hollywood Alleged Of Harassment, Asked To Step Down
Anime Voice Actor Vic Mignogna Addresses Abuse Allegations
Are You a Victim of Cyber Flashing?