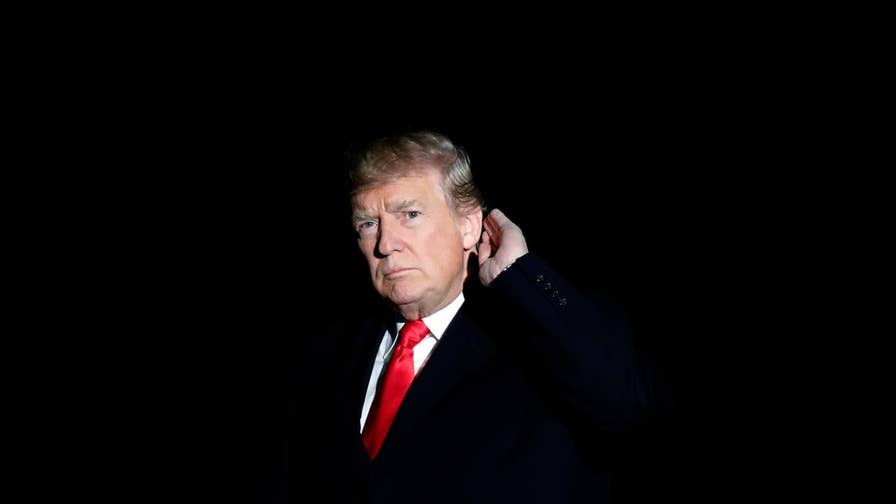 Trump focuses on 2018 agenda after attacks on mental health

“I don’t want to be rude about it, but the president doesn’t look healthy and what we know of his diet and exercise habits, he doesn’t lead a predictably healthy lifestyle,” Tapper said critically in a video, shortly after saying that Trump has an “affinity for McDonald’s cheeseburgers” and a “disdain for exercise.”

– Dr. Ronny Jackson, commenting on the president's physical on Friday

“The president is in excellent health and I look forward to briefing some of the details on Tuesday,” he added.

Later, Tapper noted that Trump “doesn’t drink, doesn't smoke and doesn’t do drugs,” which he said belonged in the “plus column.”

But then, Tapper questioned the president’s mental health. “His mental health, in particular, should be tested for this reason, alone: He’s over the age of 65,” Gupta said in response. “It’s something that Medicare covers and recommends.”

But Gupta said that Trump’s physical most likely didn’t include this type of testing, “and if it did, we likely wouldn’t hear about it anyway and there’s no requirement that we do.”

On Twitter, while some agreed with Gupta and Tapper about a need for mental health evaluations and questioned the president's health, others took issue with the critical comments.

"How/why should we know, now, SG? Are you on his health report staff, following other leads or generating malinforma?" tweeted @Bob_Noble