BJP president Amit Shah’s proposed Rally next week in Haryana has got state Chief Minister Manoharlal Khattar in a bind. He has to ensure there is law and order problem from Jats who threaten to disrupt it, and he has to ensure that the rally itself adheres to prescriptions of environmental laws laid down by National Green Tribunal (NGT).

For, if the Jats’ threat to disrupt BJP president Amit Shah’s proposed one-lakh bike rally wasn’t enough, the NGT has also put a spanner in the works by serving a notice on a petition raising the issue of pollution.

To queer the pitch further, Indian National Lok Dal leader Abhay Singh Chautala said that his party workers would greet Amit Shah with black flags if he came by road, and black balloons if he came by helicopter, The Tribune reported. He alleged that the Centre was working against the state by not completing the Sutlej-Yamuna Link canal despite Supreme Court orders.

The All India Jat Arakshan Sangharsh Samiti (AIJASS) resolve to disrupt the rally alarmed the Manoharlal Khattar-led BJP Government in Haryana enough to ask for 150 companies of central forces to deal with the situation.

AIJASS chief Yashpal Malik has cited non-fulfilment of a number of the group’s demands as the reason for the plan to disrupt Shah’s rally on Feb 15. The Jats reportedly plan to block the one lakh bike rally with nearly 50,000 tractor trolleys. 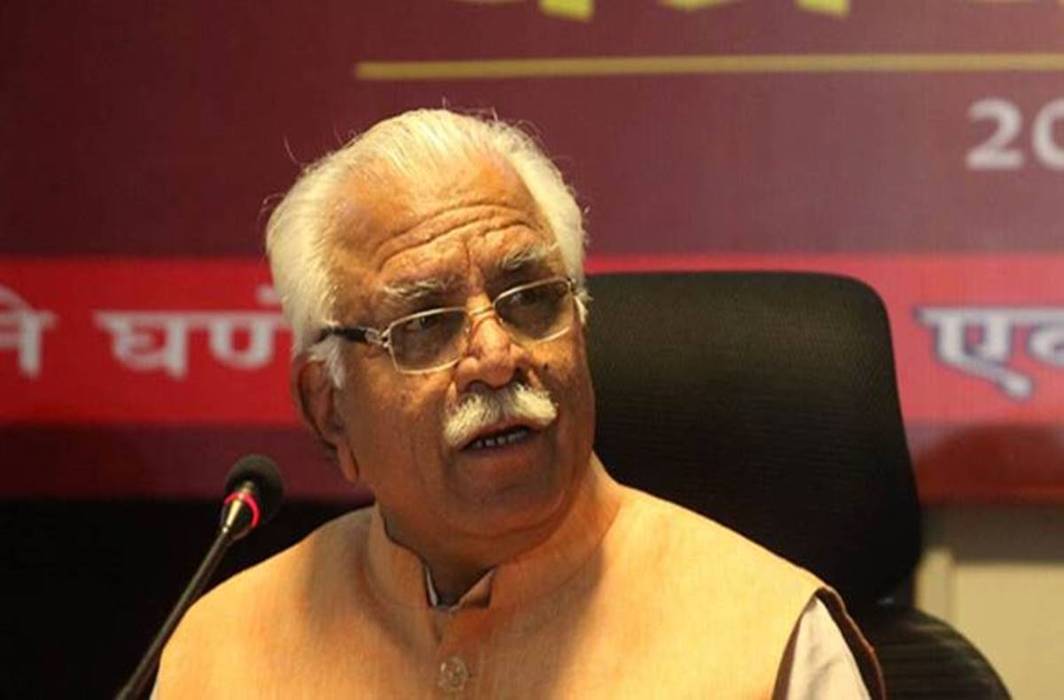 He asked the volunteers to ensure to fill the fuel tanks of their tractor-trailers in advance as the government could impose a ban on filling diesel in tractors in view of the protests. “We will clog all roads in Jind with tractors. We will go to him and ask as why their government is betraying our community,” said media reports quoting Malik.

A nervous state government sought to make preparations. “The state has sought 150 companies of central forces. We are closely monitoring the situation. We are holding a high- level meeting tomorrow,” Director General of Police (DGP) BS Sandhu said, according to a Hindustan Times report.

Along with trying to beef up security, the Haryana government has also tried to placate the Jats, announcing withdrawal of 70 cases against Jats registered during the February 2016 quota stir. According to media reports quoting police officials, the orders to withdraw 70 cases from courts were issued on Tuesday. A total of 822 people were accused in the 70 FIRs. In December, orders were issued for withdrawal of 15 cases in which 47 persons were accused and similar instructions were earlier given in connection with 138 cases, in which 1,158 people were accused.

So far, the government has approved withdrawal of 223 cases, in which a total of 2,027 persons are accused. The final decision rests with the courts. The police said the cases proposed to be withdrawn pertain to offences like unlawful assembly, rioting, wrongful restraint, obstructing a public official from discharging duty. Cases pertaining to heinous crimes like murder were not to be withdrawn. In February 2016 Jat quota stir, around 30 people were killed and more than 300 people injured.

The move didn’t cut any ice with Jats. Dismissing the Haryana government’s move to withdraw criminal cases, Malik said: “Successive governments have been fooling us with such petty tactics. Our agitation stands as per schedule. We shall not rest till our goal of reservation in government jobs and educational institutions is achieved. All the cases, heinous or non-heinous in nature, should be withdrawn by the government.”

“If they don’t, we are prepared to take our tractor-trailers to choke Jind during Amit Shah’s rally. The BJP president needs to know how the government is betraying the Jat community,” said the HT report quoting Malik.

The Jat leader also asked the state and central government to set a deadline for introducing Jat quota in Haryana. “In Haryana, the matter is pending in the high court and at Centre, the bill is pending in the Lok Sabha. We have got nothing except assurances,” Malik said.

Chief minister Manohar Lal Khattar said no one will be allowed to break law and order and peace in the state. He maintained that most of the demands of the Jat community have been fulfilled.

Be that as it may, he also has to take care of environmental concerns. The NGT has issued notices to the Centre and the Haryana government on a petition that sought a reduction in the number of bikes to be mobilised for BJP president Amit Shah’s upcoming rally in Haryana .

Citing the already severe air pollution in the National Capital Region, advocate Victor Dhissa had filed a petition against the one lakh bike rally, saying it would affect the air quality in a negative way. A NGT Bench headed by judicial member SP Wangdi issued notices to the Haryana government, the State Pollution Control Board, the Central Pollution Control Board and the Ministry of Environment, Forests and Climate Change, seeking their responses by February 13.

The petitioner, Victor Dhissa, a Supreme Court lawyer, has contended that instead of motorbikes, the state government should opt for bicycles or other environment friendly modes of transport for the rally. It will also be beneficial for the health of those riding bicycles, the petition reads.

The petitioner said he was forced to prefer the application following the announcement that one lakh motorbikes will be mobilised for the rally being organized by Haryana government for honouring and welcoming the president of a political party.

“As recent as November 2017, Delhi and the national capital region (NCR) was facing widespread poor ambient air quality to the extent of schools being shut down, public advisories being issued asking people to stay indoors….. However, to the utter shock of the applicant, the Haryana government has mindlessly organized this huge motorbike rally which is certainly going to have a long term environmental harm to the NCR area. The state government should also consider the impact of such a huge motorbike rally on noise pollution levels,” the petitioner contended.

It pointed out that Jind district, which is in the NCR, has an approximate area of 3,606 square kilometres with a population of 1.68 lakh. “If the state government is allowed to carry on with the mobilization of one lakh bikes and their assembly in Jind, it would cause major congestion in the area in addition to air and noise pollution… Most of the two wheelers in the NCR were not complying with the latest Bharat Stage-IV emission norms and were much older, which would further contribute to air pollution,” the petition said.

Praying that Haryana government should be directed to carry out an exercise to determine which motor bikes were compliant with the current emission norms, the petitioner has sought directions to the state government to either reduce the number of motor bikes proposed to be mobilized for the event or use more environment friendly modes – bicycles, e rickshaws, travel on foot.