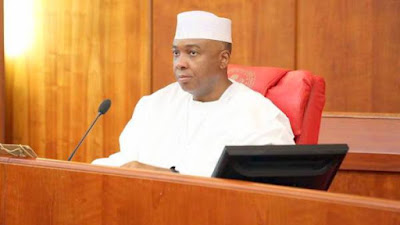 The Senate on Tuesday suspended its plenary for two weeks to enable Ministries, Departments and Agencies, MDAs defend their budgets before Senate committees considering the 2018 appropriation bill.
While urging the senators to be steadfast in their activities on the budget, Senate President Bukola Saraki warned ministers and heads of MDAs against ignoring committee invitations.

Seven WordPress Themes For Any Online…
Decorating on a Budget With Inexpensi…
What is Conversion Tracking? How to S…
Top (IAS) Civil Services Interview Qu…
How to Make Money Online Almost on Au…
Tuesday’s decision follows the passage of the 2018 appropriation bill for second reading.
“We know the time table is tight,” Mr. Saraki said while announcing the break. “We would suspend plenary for us to start the defence of the budget.
“The budget committee chairman and members should ensure they keep to the timetable. I want to make a warning to all heads so MDAs to ensure that they respect strictly the letter of invitation and the time table.
Mr. Saraki issued stern warning to ministers and heads of MDAs to desist from being absent during Senate committee meetings.
“This is not time for excuses for ministers and parastatals to start travelling and not be able to attend defence. We don’t have the time. It is a very short time. They should be there on time so that the committee can wrap up and present their report. I know we have a lot of work ahead.
“There would be a public hearing from my discussion with the chairman on appropriation; we are looking at Monday the 18th. Between now and then the announcement would be made.
The Senate referred the budget to the committee on appropriation to report back on Tuesday, December 19 when plenary resumes.