Anambra poll will be violence-free – Nebo 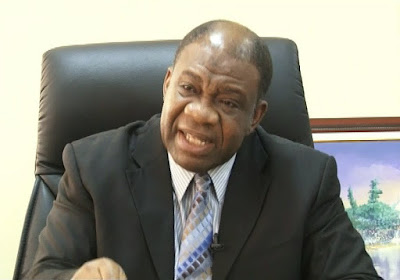 Former Minister of Power, Prof. Chinedu Nebo has expressed optimism over the peaceful and successful conduct of the November 18 governorship election in Anambra State.
He said there was no need for panic, urging the electorate in the state to come out enmass to exercise their franchise.

Cup and handle in making?
Anthony Joshua and Boris Becker take …
This is How to Destress While Working…
Homebuyers anticipate lockdown exit a…
Balloch O’ Dee Campsite
Delivering a message on Saturday at a Prayer Rally by the Anglican Church held at the Alex Ekwueme square, Awka, Nebo urged the electorate not to allow themselves to be led astray, but to be focused as they vote for the right candidate.
“We don’t want anything bad to happen to our dear state, the flagship of Igbo land, because anything that happens to Anambra would negatively affect the rest of the southeast,” he said.
He also frowned at the steady increase of aspirants in elections in the state, saying such mad-rush into politics, most times, were not anchored on selfless interests but on personal gains.
“When some of my friends, especially the professionals among them, who had spent time acquiring knowledge in their various fields come to tell me of their political ambitions, I tell most of them that their venturing into politics is nothing but simply to steal money,” he said.
Describing the theme of the Rally, “Help from Above” as apt and timely, the ex-minister said the Igbos have been highly favoured by God, adding that the only way to reciprocate such mercies was to embrace God, and trust him for more of his protection.
“There are evidence of despair, despondency, hopelessness among the citizenry. This prayer rally avails us the opportunity to present our petitions before God and our confidence is that he would answer us,” he stressed.
In his remarks, the Archbishop, Province of Niger and Bishop of Aguata diocese, Most Rev. Christian Efobi, enjoined christians to shun idolatry, neo-peganism manifesting as cultural revivals, as well as apathy to christian principles.
Highpoint of the event were special prayers offered for the nation and the state as well as the governorship candidates present at the rally, including the incumbent governor, Willie Obiano, the UPP and the PPA candidates, Chief Osita Chidoka and Godwin Ezeemo respectively, by Bishop Ephraim Ikeako of Amichi diocese.
Source

Anambra poll will be violence-free – Nebo