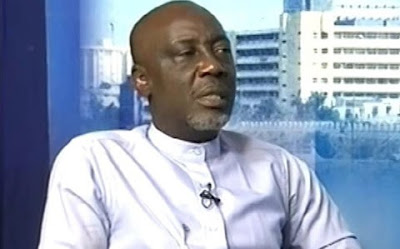 Bilikisu Mohammed, a prosecution witness in the ongoing trial of former Minister of Interior, Abba Moro, and three others on Wednesday revealed how funds accrued from the ill-fated recruitment exercise conducted by the Nigeria Immigration Service, NIS, on March 17, 2013 was spent by Drexel Tech Nigeria Limited, the company contracted to provide online enlistment and e-recruitment services by the Interior Ministry.

Christmas gift ideas for 2021
Jordanian Startup Eon Dental Raises $…
Everything5pounds review: Is it Legit…
Karen S. Wiesner, Tension and Twists,…
Casque Et Stéréo Bluetooth 'tour De …
‎
The accused are being tried by the Economic and Financial Crimes Commission, EFCC, before Justice Nnamdi Dimgba of the Federal High Court, Maitama, Abuja,‎
The exercise was carried out in a negligent manner leading to the death of several applicants in various recruitment centres across the country.
The  EFCC is prosecuting Mr. Moro alongside a former permanent secretary in the ministry, Anastasia Daniel-Nwobia; a deputy director in the ministry, F. O Alayebami; one Mahmood Ahmadu (at large), and Drexel Tech Nigeria Limited on an 11-count charge bordering on procurement fraud and money laundering.
Mr. Mohammed, a Relationship Manager with Keystone Bank, IBB Way, Maitama, who testified as PW6, revealed to the court how monies received by Drexel Tech Nigeria Limited were transferred to various accounts.
“The account (Drexel Tech Nigeria Limited) was opened on 19th August, 2013 as a corporate account with two signatories – William Butau and Ahmadu Mahmoud who is the CEO of the company.
“The first transaction in September 2013 was N20,000 for legal fees. Subsequently, there were two major inflows into the account.
“The first was N462,370,000 in October 2013. This money was put in a fixed deposit. The second was about N111, 967,200.00 in November 2013.
From these, there were three major transfers to one Sofiano Ali’s account as follows: N33, 800,000; N33, 700,000 and N33, 700,000.
“The fixed deposit was liquidated sometime in January 2014 and instructions were received to transfer funds into four accounts, Oak Global – N66, 250,000; Africano Global – 4,000,000; Crown Medics – N120, 100,000 and one Chichi Habiba Abba Gana – about N202, 500,000.
“A transfer instruction also came in February 2014 to transfer N28, 500,000 to Mikano,” she said.
In support of the claim, documents including correspondence between the EFCC and Keystone Bank, Account opening packages for Drexel Tech Global Limited, Mikano, Crown Medics, Sofiano Ali, as well as, documents of various transfer instructions from Drexel Tech Global Limited to Keystone Bank were tendered by the prosecution and admitted as Exhibits AAFD 35 – 43.
Earlier, another witness, Augustine Ugorji, a former Head of Finance, Pay4Me Services Nigeria Limited, an e-commerce company, had narrated to the court how Drexel Tech Nigeria Limited engaged Pay4Me Services Nigeria Limited to provide a payment platform for the collection and online management of payment activities through designated banks for the ill-fated recruitment exercise.
According to Ugorji, “The process of Pay4Me is that the applicant goes through the website of the client, in this case, the Ministry of Interior, completes the form and is redirected to the payment platform where he or she is given the option to pay either through their banks or their card.”
He stated further: “Eight banks – Union bank, United Bank for Africa, Diamond Bank, Zenith Bank, Sterling Bank, EcoBank, Enterprise Bank, and Interswitch – participated.
“Pay4Me has the Nigeria Inter-Bank Settlement System Plc., NIBSS, as a partner. The role of NIBSS was to act as a central switch through which banks do their clearing.  675,675 applicants made their payments through our platform.
“The agreement between Drexel and the Ministry of Interior was for each applicant to pay N1000. The agreement was for Drexel to pay Pay4Me N150 per applicant. From the N150, Pay4Me agreed to pay the bank N70 per applicant, leaving N80 for Pay4Me. The balance of N850 goes to Drexel”.
Giving details of remittances by each of the banks, Mr. Ugorji stated that, Zenith Bank remitted N22,425,390.00; Sterling Bank – N38,013,420.00; United Bank for Africa, UBA, – N190,187,416; Diamond Bank – N114,616,260.00; Union Bank – N133,862,010.00; Fidelity Bank – N58,175,670.00; Enterprise Bank – N12,527,100.00; EcoBank – N48,146,870.00 and Card Payments: N10,879,115.00.”
He added that two tranches of remittance were made to Drexel through their Keystone Bank account.
Accordingly, six documents including the witness’ statement given at the EFCC, appointment letter from Drexel Tech Nigeria Limited to Pay4Me Services Nigeria Limited, Pay4Me’s CBN license, as well as Master Service Agreements between Pay4Me and participating banks, were also tendered by prosecution counsel, Aliyu Yusuf, and admitted as exhibits AAFD 29 – 34.
Testifying earlier on May 19, the PW4, one Mustapha Bello, an officer in the Compliance department of the Corporate Affairs Commission, CAC, gave evidence to the effect that, while Drexel Tech Nigeria Limited is duly registered by the Commission, there is no record of Drexel Technologies Global Limited – the company to whom the Ministry of Interior awarded the contract for provision of online enlistment and e-recruitment services.
Prior to his evidence, one Ishaq Yahaya, Director of Compliance at the Bureau of Public Procurement had testified that the Ministry contravened some sections of the Public Procurement Act, 2007 by failing to advertise the project and engaging the services of Drexel Technologies Global Limited, who had submitted an unsolicited proposal, without the approval of the BPP and without complying with mandatory pre-qualification criteria.
Mr. Yahaya, on March 16, 2017, had expressly told the court that investigation activities into the e-recruitment project had revealed that Drexel Tech Global Services doesn’t exist and that the contract awarded exceeded the Ministry’s approval threshold.
Also, David Paradang, a former Comptroller-General of the NIS, in his testimony had said that, he was sidelined by the former minister during preparations for the 2014 recruitment, a case he said was reported to the Secretary of the Ministerial Tenders Board before the exercise was implemented.
Justice Dimgba has adjourned to November 7 to ‎8 for further hearing
Source