Once victims, now suspects: Couple accused of bilking family member out of $800k 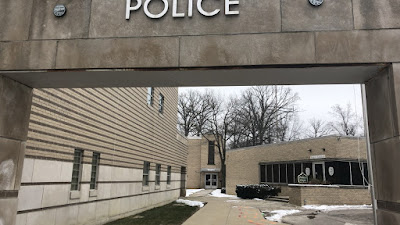 ROCKY RIVER, Ohio — While they were being victimized by a now disgraced contractor, a Rocky River couple was allegedly victimizing an elderly family member. Patrick and Lori Smith were indicted on felony theft, fraud and forgery charges, accused of bilking a 94-year-old, nursing home-bound family member out of more than $800,000.

A Cuyahoga County grand jury indicted the couple on two counts of level one felony theft, two counts of forgery and one count of identity fraud on Monday. The Smiths will be arraigned on January 29.

According to Rocky River Police Chief Kelly Stillman, detectives were notified in September 2018 by the elderly victim’s nursing home. The nursing home administrator told police that it appeared the victim’s niece and nephew in-law had been taking money from his bank accounts, leaving the man’s nursing home bills unpaid.

“He had a large sum [of money] to begin with when he got there. We went up there and took the original report and as soon as we got there, there were various red flags,” Chief Stillman said. “Obviously the gentleman, who is elderly and in his 90s, gave full control of his finances to these people for his best interests. They unfortunately spent the coin and used it for their best interest.”

The man’s niece, Lori Smith, and her husband, Patrick, became the man’s powers of attorney after his wife died. As part of the power of attorney agreement, the couple was prohibited from using the man’s substantial life savings, which exceeded $1 million, for their personal benefit. However, the police department’s investigation determined the Smiths spent more than $800,000 on various things, including sports tickets, a vehicle, a boat, and a bevy of purchases on Amazon, Costco, Giant Eagle, Lowes and QVC.

One of the first expenditures was more than $150,000 for a home remodel, police said.

“We trusted [the contractor] and he did nothing but take advantage,” Patrick Smith said in February 2018 interview with News 5 .

News 5 had multiple stories detailing the Smiths’ plight after a Lakewood contractor, ProCode Construction, walked off the still-unfinished job site. The Smiths sued the company and owner Michael Delmonico before reaching a settlement in 2018. Despite the settlement, the shoddy and questionable craftsmanship had left the Smiths’ home in total disarray: the floors and ceilings sagged, electrical lines were not properly hooked up and the addition wasn’t properly affixed to the home’s main structure, allowing rain water to seep into the attic.

Delmonico would later be indicted in late 2018 on felony theft charges. He’s accused of taking thousands of dollars for a kitchen remodel that he never started. He has pleaded not guilty.

The irony of the situation involving Delmonico and the Smiths’ newly-filed criminal charges wasn’t lost on Chief Stillman.

“They claimed they were bilked by a contractor for doing something unethical. It’s kind of like the pot calling the kettle black as I see it,” Chief Stillman said.

The Smiths vehemently insisted the criminal charges against them were nothing more than a misunderstanding. The couple didn’t deny making the purchases. However, they maintained that every one of the 3,800 bank transactions came with the blessing of Lori’s uncle. According to police, some of the transactions included purchases for NBA Conference Finals and Finals tickets in 2015 and 2016.

“There are so many variables in the entire story. For this portrayal of us to come out with the headline of couple steals elderly man’s money is not accurate,” Patrick Smith said. “They called him from the bank and he gave them the okay then. I had a phone conversation and a visit with [the bank] saying are you sure this is okay? We went over it with the bank several times, asking, ‘are you sure this is okay?’”

The Smiths’ claim that the expenditures came with their family member’s blessing is hard to believe, Chief Stillman said.

“That’s a statement in futility because we’ve investigated a lot of people in a lot of these crimes. This is not uncommon. This is not the first and won’t be the last. Very rarely if at all in 38 years have I seen anybody say, ‘go ahead, here’s [$800,000], spend it as you like.’ Not under these circumstances,” Chief Stillman said. “I don’t think those monies were given to them for their blessing to go to see the NBA Finals in 2015 and 2016 and go buy a boat and trailer and do whatever they wanted to do.”

Lori and Patrick Smith both said their family member was eager to disburse his sizable nest egg because “he didn’t want the nursing home to get it,” the Smiths said. Patrick Smith also stated that every one of his family member’s nursing home bills were paid with the exception of an outstanding pharmacy bill that the couple was contesting.

The Smiths also stated that some of the money was disbursed among family members.

As for why the couple would knowingly make purchases using the uncle’s money despite it being prohibited by the power of attorney agreement, the Smiths said they did not read the document’s finer details.

Police said when detectives interviewed the couple in mid-December, they presented an addendum to the power of attorney agreement. That document, according to the indictment, was a forgery. The Smiths denied the allegation.

“Bottom line is my love for my uncle will never change. I do have my side of the story,” Patrick Smith said. “I’m an advocate for him. We hope that people listen to our side instead of just concluding -- like they already have -- that [we] are just horrible people and stole from this man. That’s just not accurate.”

Once victims, now suspects: Couple accused of bilking family member out of $800k