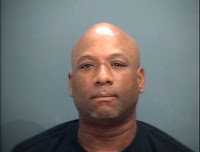 WAYNESBORO - A suspected con artist who is already facing charges in Staunton was arrested last week in Waynesboro after being accused of bilking a 92-year-old man out of more than $25,000, according to police.

How to Deal with the Weekend Syndrome…
Manton Rempville – 4
If I am not in control, am I out of c…
Stantinko Botnet Plays Behind the Vei…
Where To Buy Machu Picchu Tickets 202…
Police said the suspect, 50-year-old Andre R. Patterson, of Staunton, met the elderly man earlier this year while doing yard work for a neighbor of the victim.
Patterson eventually began telling the man tales of woe, one involving a story that his wife was slain in Baltimore, Maryland, and another concerning a niece who was supposedly raped and later died at the University of Virginia Medical Center in Charlottesville, according to the Waynesboro Police Department.
"Made up stuff," said Sgt. Fred Smith.
In September, Patterson talked the elderly man into loaning him some money, Smith said. Patterson pledged to pay the man back with proceeds from property he was selling in New Jersey, but told the man he needed additional cash for closing costs on the deal, Smith said. Patterson then reportedly pocketed that money as well.
Smith said police don't believe Patterson was married, and said there are no property records to support his claim of owning land in New Jersey.
"None of this exists," the sergeant said.
In all, the elderly man was swindled out of $26,200. Smith said Patterson is suspected of getting the cash through several visits. Adult Protective Services alerted police to the alleged scam.
Patterson is charged in Waynesboro with five counts of obtaining money by false pretenses, court records show.
In May, Staunton authorities charged Patterson with 13 counts of financial exploitation of a mentally incapacitated person in an unrelated case where he reportedly stole more than $5,000 from a 55-year-old Staunton man who suffers from a mental disability.
In the Staunton case, Patterson allegedly told the man he needed the cash to help jumpstart a new business, according to an arrest report. The Staunton Police Department said there is no evidence Patterson started a business.
Court records show Patterson was convicted in 2014 of misdemeanor welfare fraud. Two felony charges of making a false application for welfare assistance were not prosecuted.
Patterson, who had been free on bond in the Staunton case, is now being held at Middle River Regional Jail without bond.

RESPECT AND COMMUNICATION IN A RELATIONSHIP