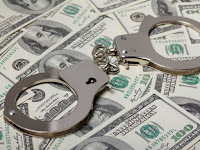 Associate Judge Joe Hensley ordered Travis C. Perry, 45, bound over for trial on two counts of forgery, two counts of stealing, and single counts of financial exploitation of an elderly person, trafficking in stolen identities and receiving stolen property. The judge set Perry's initial appearance in a trial division on six of the counts for Feb. 20 and his initial appearance on the seventh count, one of the stealing charges, for Feb. 21.

The exploitation and receiving stolen property charges and one of the forgery counts stem from a March 3, 2016, sale of a skid steer loader to a 75-year-old man for $1,500 cash and a used pickup truck valued at $1,500. According to a probable-cause affidavit filed by a Jasper County Sheriff's Department investigator, the skid steer loader, which had its factory-installed VIN plate removed, turned out to have been reported stolen in Oklahoma in 2003.

A second case involving the other forgery charge, one of the stealing charges and the stolen identities count was filed against him in November after an investigation by the Joplin Police Department of an attempt to cash a forged check for $261 on July 20 at a drive-up window of Arvest Bank on East 32nd Street in Joplin. The check was made payable to a Scott Freeman and the defendant allegedly presented a Missouri identification card for Freeman in an effort to get the check cashed.

A probable-cause affidavit states that when a bank teller became suspicious, Perry instructed the woman driving the car he was in to drive off.

The second stealing charge involves a refrigerated trailer that he allegedly stole and hauled to Oklahoma for resale in May, using a truck rig that he borrowed from another man. The scheme fell apart when the prospective buyer discovered the trailer was stolen. He was charged with that offense in October after an investigation by the Jasper County Sheriff's Department.