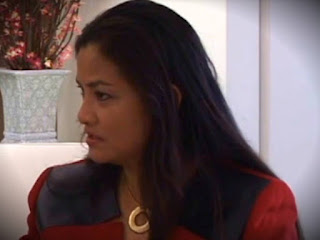 CHICAGO — The federal trial of a Cook County judge indicted last year on two counts of fraud is set to begin this week in Chicago. Judge Jessica Arong O'Brien has been accused of a scheme to defraud banks by lying on mortgage paperwork. The Chicago Sun-Times reports jury selection started Monday and opening statements could begin as early as Tuesday at the Dirksen Federal Courthouse.

At the time the alleged fraud was taking place, O'Brien was working full-time for the Illinois Department of Revenue, working part time as a loan officer for Amronbanc Mortgage Corp. in Lincolnwood and the owner of a O'Brien Realty LLC, according to the feds.

Prosecutors said she met co-defendant Maria Bartko at the Lincolnwood firm and used her as a straw buyer to fraudulently obtain about $1.4 million worth of home loans for two properties on Chicago's South Side – to buy an investment property on the 600 block of West 46th Street and to refinance another in the 800 block of West 54th Street.

Bartko pleaded guilty last month to one count of mail fraud and is expected to testify in O'Brien's trial, according to the Sun-Times.

The alleged crimes took place before O'Brien, who is married to Cook County Circuit Court Judge Brendan O'Brien, was elected to her position as the first Filipino-American elected to judge.

O'Brien has been on administrative duty since her indictment in April 2017, the Sun-Times reported. She is up for retention in 2018 but has not yet filed paperwork.

Under state law, O'Brien would be automatically removed from office and lose her nearly $200,000 salary if convicted of a felony.

O'Brien's lawyer said the government's case relied on a "known liar" and someone who had a "sham marriage" in order to gain citizenship, according to the Sun-Times.

Ricardo Meza has claimed his client is being unfairly targeted because of her job and promised more details in future remarks to the jury.

According to an online biography, O'Brien has won an award from former President Barack Obama for performing more than 4,000 hours of volunteer service over a decade.

She also has been a contributing editor for the Chicago Daily Law Bulletin and the president of the Women's Bar Association of Illinois.