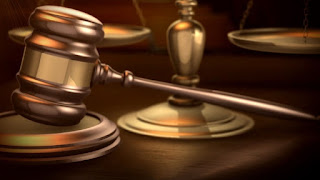 The Indiana Supreme Court is receiving another award from the American Bar Association to help expand its adult guardianship reform efforts and start a pilot project in Wayne County.

This is a continuation of an initiative that started about two years ago. In 2015, the Indiana Adult Guardianship State Task Force became a Working Interdisciplinary Networks of Guardianship Stakeholders (WINGS) after a grant of up to $7,000.

In the recent round of funding just announced, a total of eight states are being awarded WINGS grants and technical assistance for their courts. The awards, which are given by the ABA Commission on Law and Aging, will go to support multidisciplinary efforts that advance guardianship reform, address elder abuse and promote less restrictive decision-making options.

Indiana is one of three states with existing WINGS programs who will be getting $30,000 each as a “Focus WINGS” grant to enhance and expand its stakeholder group. The Indiana Supreme Court intends to use the funds to create a judicial reform project in Wayne County with a focus on the use of a least restrictive alternative to adult guardianships.

“State WINGS have real potential to spark the kinds of lasting changes needed in guardianship and to address abuse as well as to jumpstart use of less restrictive options that give people more choice and self-determination in their lives,” said Patricia Banks, a Cook County, Illinois judge and chair of the ABA Commission on Law and Aging.