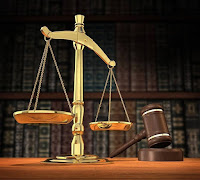 A grandmother who invested her life savings in a fraudulent investment scheme hatched by a MetLife insurance agent was awarded $15.6 million.

Simi Valley resident Christine Ramirez invested $279,769 with a real estate fund Diversified Lending Group that promised that the unregistered and ultimately worthless securities would provide a 12 percent annual return, according to a complaint filed in Los Angeles Superior Court in March.

After an eight-week trial, the jury unanimously found that Russon, MetLife and two of its subsidiaries — New England Life Insurance Co. and New England Securities — were liable on four civil counts of violation of California securities laws, negligence, and aiding and abetting deceit and financial elder abuse.

“It’s tragic,” Foley told the Business Times. “There are a lot of people in the group like that who are losing their homes. Hopefully this ruling means MetLife will be paying punitive damages conceivably in 98 other cases.”

It is the first of 98 client cases against MetLife and its subsidiaries, Foley said.  Ramirez is one DLG investor whose pursuit of a class-action case against MetLife was denied last year. Individual cases, however, were allowed to proceed and Ramirez’s was the first to go to trial.

Other than Ramirez, there are several more tri-county victims, according to the complaint.

“I am so grateful to the jurors for seeing through MetLife’s finger-pointing argument that they weren’t responsible for the loss of my retirement savings,” Ramirez said in a news release.

Testimony revealed that Friedman and DLG were brought into the MetLife sales operation by Russon, who was owed $750,000 by Friedman. Friedman promised Russon half of DLG securities sales revenue.

The Securities & Exchange Commission sued Friedman and DLG in 2009, alleging that the enterprise was actually a $216 million fraudulent ploy to sell unregistered securities that financed Friedman’s lavish lifestyle.

Friedman fled the country after the SEC suit, but died in a French jail in 2012 while awaiting extradition.

“MetLife spends millions in advertising to build up their brand so people trust the name that’s been around for a long time,” Foley said. “They have got to do a better job supervising their salespeople. They could’ve stopped this years ago.”

MetLife was ultimately liable because it failed to adequately surveil its employees via email and compliance officers, he said.

Financial losses in elder abuse cases can often be difficult to recoup. But targeting affiliated third parties has proven to be a successful strategy, Foley said.

In related news, the California Legislature recently blocked a bill that would’ve helped dependent adults and elders, like Ramirez, who were victims of financial abuse.

AB 1754 would have created a pilot program in San Diego County to provide victim compensation funds for services like mental health counseling and financial counseling, which could include restructuring budgets, accessing insurance and public assistance, settling bankruptcy and preventing foreclosure and garnishment.