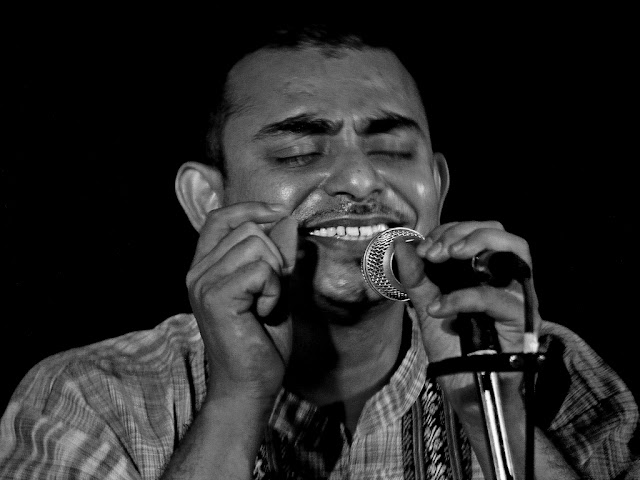 Apr 2006 | Biswasjit (Bonnie) Chakraborty, the lead vocalist of Oikyotaan at the Fireflies Festival. Bonnie was accompanied by Kartick Das Baul and it was truly an unforgettable experience.

I had not paid attention to Baul Music before and had never witnessed it live, especially being sung with the kind of passion and energy that Bonnie and Kartick Das Baul brought to the performance. I was blown away into what felt like a trance and saw myself slowly transported to another world that was overflowing with unfiltered emotion, and it filled me with an urge to dance along and a need to lose myself to the music.