10 Signs that Doon has changed!!

As Happy as I have been writing earlier articles, I am sad writing this one. It’s obvious..isn’t it? 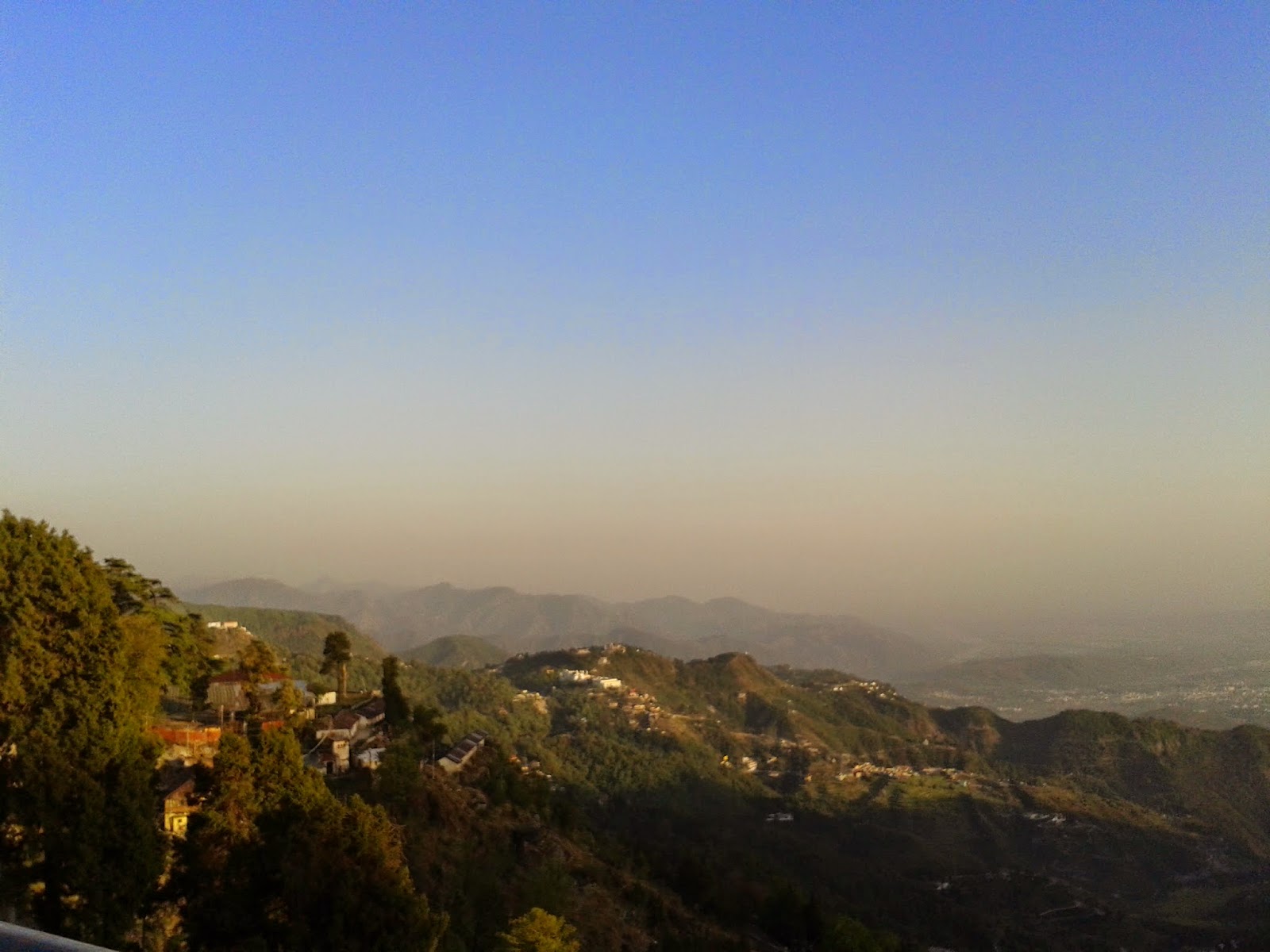 1.       Trees, Trees and Trees…nowhere – Situated in the lap of the mighty Himalayas is Doon. Now, Doon had maybe the most balanced ecosystem in the country. Harmonizing between the North Indian Plains and the Himalayan Mountains. Green cover of Doon was like a medallion of honor on the chest of all Doonites. Now, the case is different. In the name of development trees are sacrificed every day. The most hurtful is when trees are cut in the name of road widening. No!! We don’t want wide roads, we want wide trees!! How Green Was My Valley! 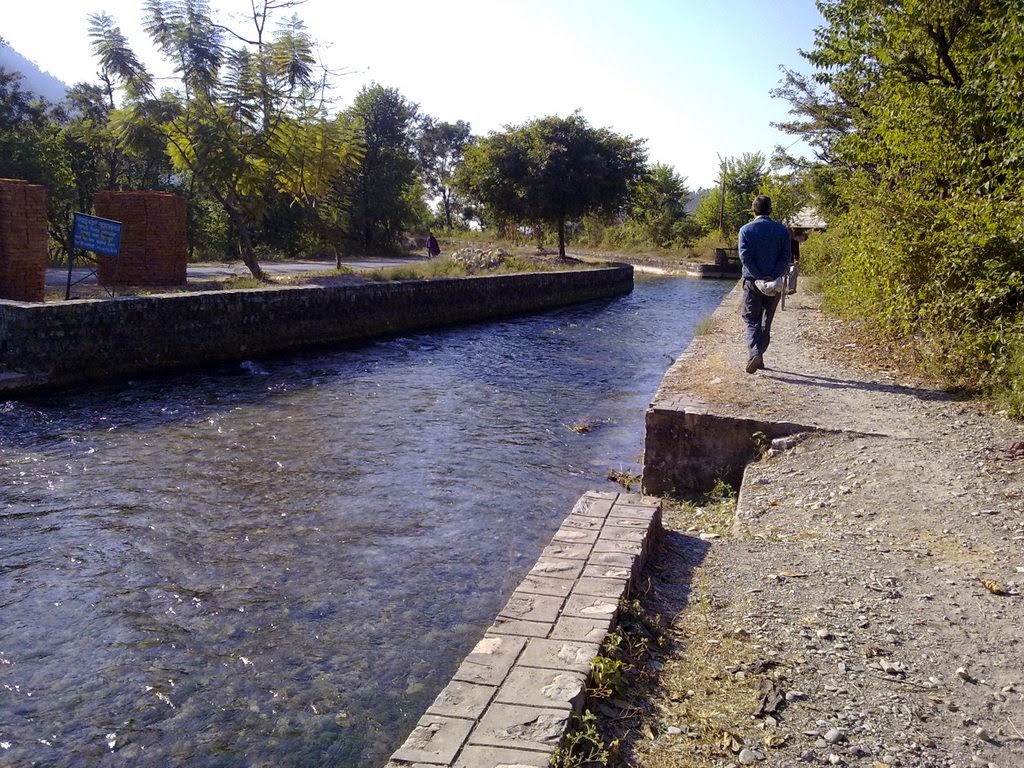 2.       Canals…now gutters – Doon was maybe the only city which had fresh water supplied not by pipes but natural water streams. Earlier, there was a network of streams flowing though the city providing fresh clean water to the whole city. Wonder where are they now? No, they haven’t dried up. They are right beneath our foot. Roads have taken the place of those canals and instead of the water glistening in sunshine now flows along dark pipes like gutters. 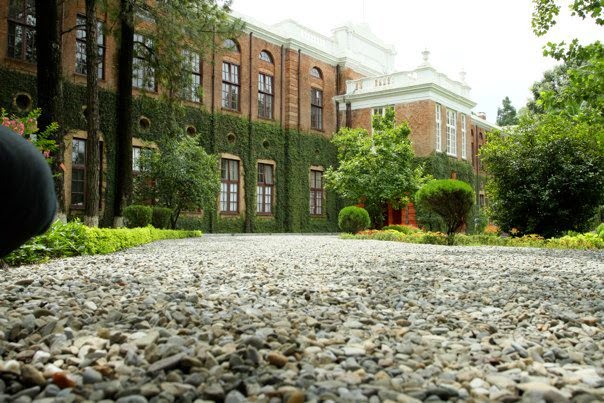 3.       Bungalows, Kothis…nope apartments – Had the elders living in the city probably half a century ago would have imagined in their wildest dreams that Doon, which was known as the “city of grey hair and green hedges” one day be known as the “ rapidly developing city”. Remember huge bungalows and kothis of Dalanwala with litchis and oaks. Gardens filled with seasonal flowers and driveways with bajri. Now it’s marble slabs. Sad? Very. 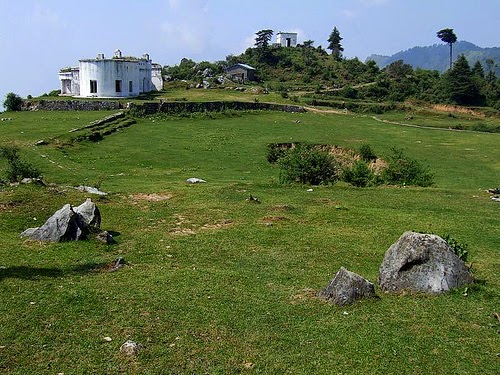 4.        Hideout places are now tourist attractions – Lacchiwala, Robbers cave or even George Everest Peak were those small hideout places where you would go with your friends to chill out away from the families. You did all sort of things like making a maggi on a bonfire or camping at night. But now, these things are relevantly unknown to people of today. Going to these places now it’s unimaginable that these spots would have been ever considered hideouts. Bustling with tourists all the time and a stock pile of all sorts of pollution and garbage, these places are no longer a place for Doonites to go. Or a place where they would love to go. 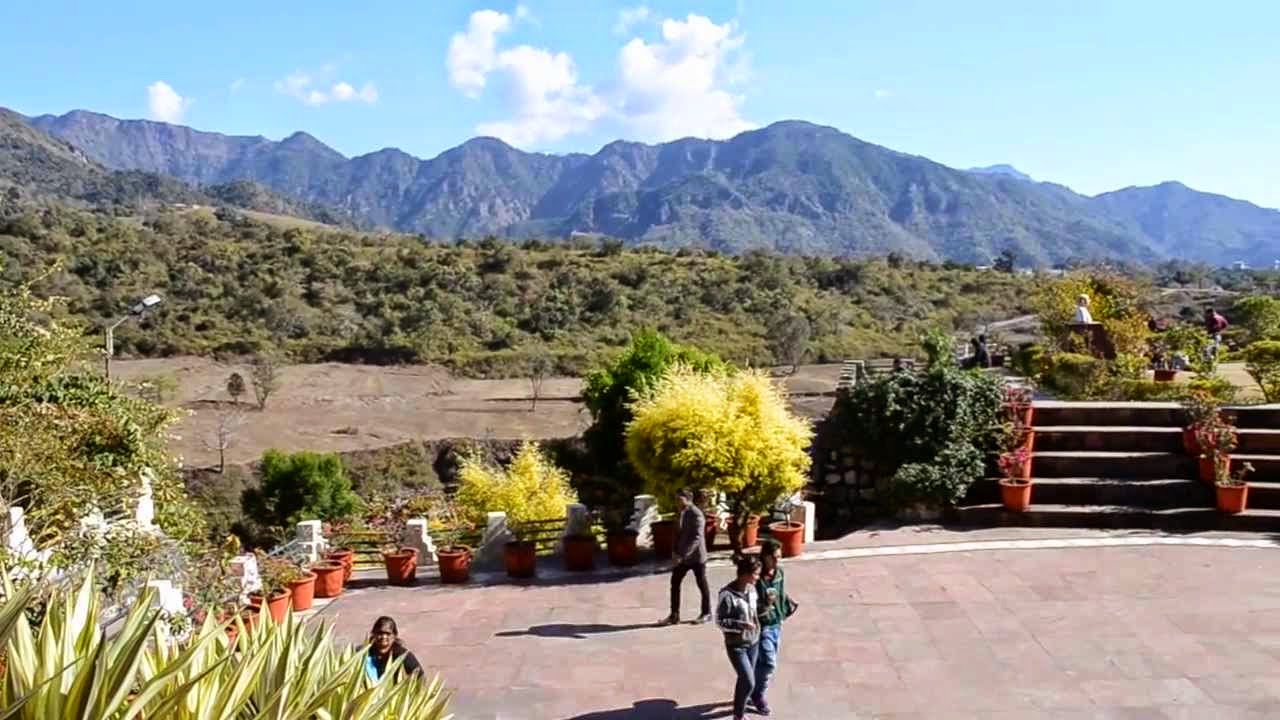 5.       Family Attractions..now Lover Points – There is a different place for everything. Doon has always been a place for Love Birds because people of the city have always been open minded. But, it was never such a case earlier. For couples the places were Rajpur Road, Mussoorie,etc. Families on the other hand used to spend time together at places like Malsi Deer Park, Fri, MDDA park and Buddha Temple. But now as it seems that the tables have turned. Families are more than happy to be on Rajpur Road or Mussoorie Mall Road rather than Deer Park where at every turn there is a couple sitting. Well, I am no one to judge. 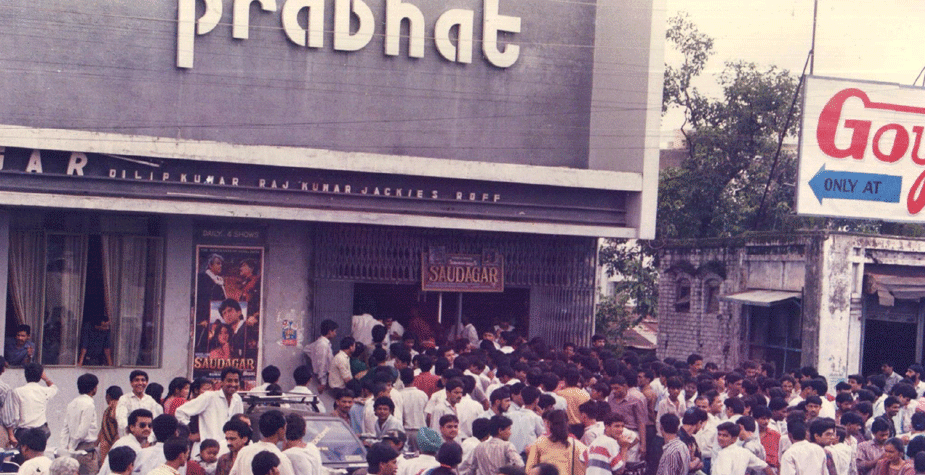 6.       Cinema Halls < Multiplexes..really?? -  Remember the time when a Chips wala would slide his cart during the intermission in single screens and would give a 20Rs pack for 25 and we would go haywire. Today, we spend Rs 100 for 500ml of coke in a paper glass at a PVR!!  I, being a movie buff, really miss the essence of watching a movie in a single screen. That hooting, whistling, breaking of bottles during blackout and screaming when the sound suddenly gets off. Today, this may seem so very cheap and ill-mannered but trust me it was much less formal and much much more simpler and fun.  I remember the excitement while arranging for tickets of a movie you really have to watch. Bargaining with black wala, shouting to get the gates open and specially running to occupy the seats under the fan! I already have a smile on my face. 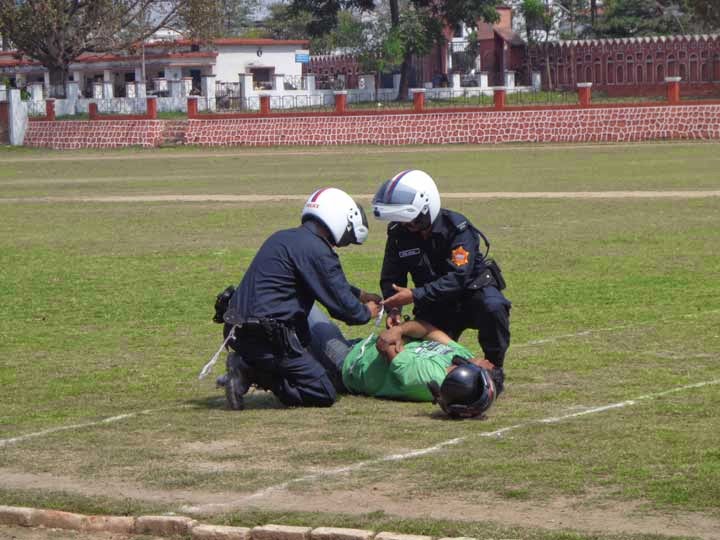 7.       Peace to crime – Dehradun once was considered as one of the safest cities in the country. I remember when at 3 or 4 in the morning if someone used to arrive in Doon, we used to say that you need not worry its safe. Can we still do it without hesitation? Perhaps no.  Now, we are faced with all types of crimes. Every day on the third page of every Hindi Newspaper we read about all the murders, robberies, chain snatching and what not. Certainly the least welcomed change. 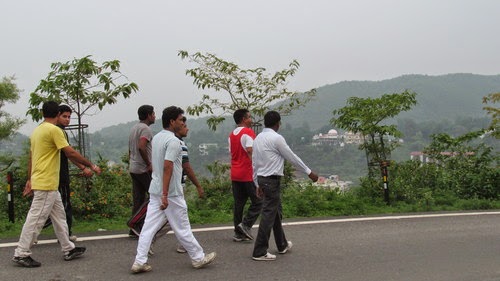 8.       Walkers and vehicles – I remember as a child the sight of retired army men with big moustaches, grey hair, straight posture and a wooden stick in hand walking on road sides. And trust me, their looks were deceptive many a times. If you have ever been in contact with such a person you will discover that they are the simplest, most kind and funny people. And they have great stories to tell. Ok now getting back, that was a pretty common sight, or ladies walking their dogs in the evening or a group of ladies chit chatting. Young boys and girls cycling and young adults walking with friends. Now, all you can see is vehicles of different types. Vehicles, vehicles and more vehicles everywhere. 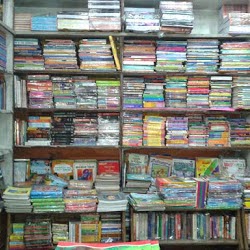 9.       Knowledge now fashion – Dun has been a hub of knowledge since British rule. Book Shops in Doon were some of the most visited shops of the city. Book World, English Book Depot, Natraj Book Publishers,  Narulas , etc were always full with people of all ages searching through the shop for a book of their liking. They were not bothered by the dust on the books because frankly it didn’t matter. Now, though Book Shops are empty. A very sad thing to see that book shops are even closing down.  Earlier Dun was known for some of the most Premier Schools of the country like Doon School, Welham Girls, St Josephs Academy, Convent Of Jesus And Mary,etc. We had colleges such as Wadia Institute of Geology, Forest Research Institute and Indian Military Academy. Today Doon has so many colleges that you can’t even think of naming all. Now Doon is just a place to come to study without caring of studies actually. Now it’s just about coming to Doon and earning money by opening colleges even in one or two rooms. 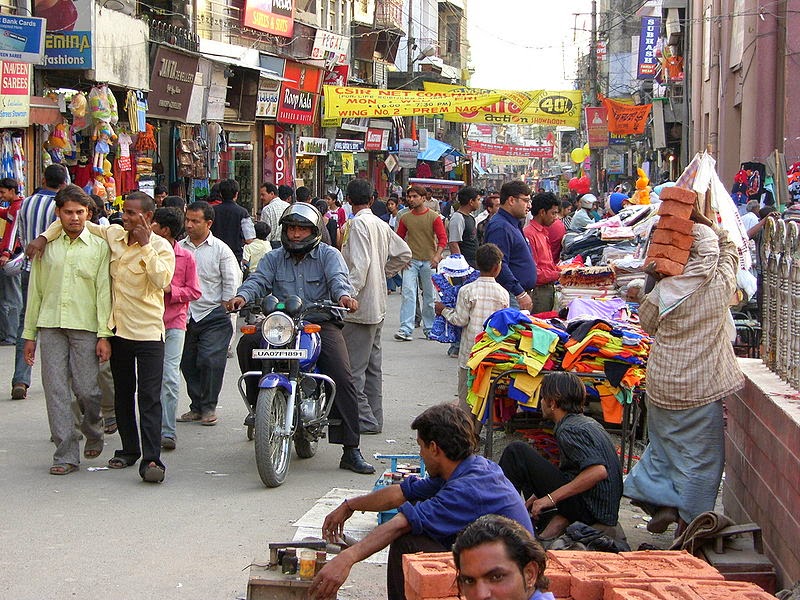 10.   People- It was such a small city that we may not know each other by names but we certainly knew each other by face. When we visit any other city we could easily recognize a face of a Doonite. Now though it’s next to impossible.  We would nod at each other, not knowing the name but being familiar by face. Religion, caste and class meant less.  Now, the culture has changed. People are changing day by day and the politeness towards each other is sadly decreasing. I remember we used to leave a rupee or two change for next time. Today we see people fighting over a rupee with a sabzi wala. Dun culture was of being helpful, polite and sensitive towards our surroundings.  Gone are those days!!
Change happens, change is inevitable. But is this the change we wanted? Is this the change we needed? And is this the change we deserved? Ask ourselves and make Doon a better place to live.
If you agree with us, please like us at FB. Motivation bhi to chaiye na yaar - www.facebook.com/focusedtales

What is Digital Health and Fitness? T…
Slot Canyon Utah Guide: 15 Best Slot …
What do search robots do?
What to wear: outfit ideas for Christ…
Online Massage Therapy Courses, are y…

10 Signs that Doon has changed!!