A Shelter Wanted To Euthanize Him, But Vet Ranch Stepped In And Helped Him Make A Speedy Recovery!

When this tiny Chihuahua arrived at the Vet Ranch clinic he was covered in fleas and ticks. But the main cause for concern was his hernia. The shelter he had been living in felt that the only option for this pup was euthanasia. Thankfully, the staff at Vet Ranch Stepped in a brought this frightened little pup to Dr. Matt for help. And Dr. Matt did what he does best; he spared no expense in helping this little boy recover.

Top 10 Things to do in Panama, Where …
Is President Biden really surrounded …
The New Carl's Jr Ranch & Barbecue Bu…
Robert Pattinson Beard & How You Can …
How Do You Start An NFT Marketplace P… 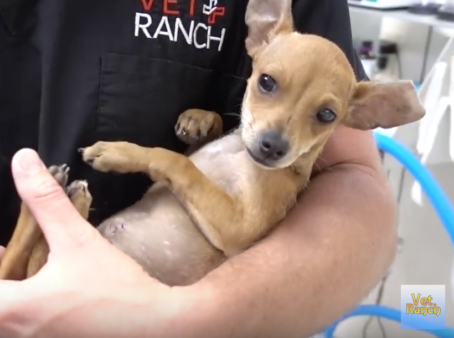 The tiny Chihuahua got the surgery he needed to fix his umbilical hernia and Dr. Matt did a fantastic job! And surgery wasn’t the only thing that Dr. Matt and his team at Vet Ranch provided this pup. They also gave him a name. Funnily enough, the beginning of this installment of Vet Ranch showed Dr. Matt and his team trying to come up with a proper name for their newest patient. After many failed attempts, Dr. Matt took to social media. It wasn’t long before the results started flooding in! Deciding to make choosing a name a group decision, Dr. Matt began reading out suggestions. It took a while, but the team decided to name their shivering little patient Speedy! And boy, does he live up to his name! 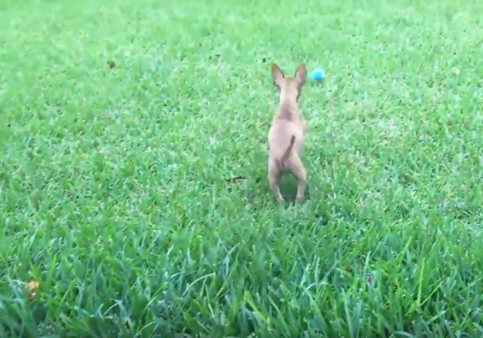 Speedy’s surgery was a success and his recovery was just as successful. After a mere two weeks post surgery, Speedy was given a clean bill of health and sent off to live with his new humans! At his new home, he has been given the chance to run and play like any normal pup! He is now living a happy and healthy life and it is all thanks to Dr. Matt and his fantastic team!

The post A Shelter Wanted To Euthanize Him, But Vet Ranch Stepped In And Helped Him Make A Speedy Recovery! appeared first on ILoveDogsAndPuppies.

This post first appeared on ILoveDogsAndPuppies - The Better I Get To Know Men, please read the originial post: here
People also like
Top 10 Things to do in Panama, Where to Stay, Important Things You Need to Know
Is President Biden really surrounded by Demonic Hedge of Protection?
The New Carl's Jr Ranch & Barbecue Burger [Hilarious]
Robert Pattinson Beard & How You Can Ace This Thick Style
How Do You Start An NFT Marketplace Platform Development Like OpenSea?
Award-Winning Blues Singer/Guitarist Zac Harmon To Release New Album ‘Long As I Got My Guitar’
Clemson vs Georgia Betting Preview – Hammer The Over DraftKings Promo
Easy Pizza Pinwheels Kids Love

A Shelter Wanted To Euthanize Him, But Vet Ranch Stepped In And Helped Him Make A Speedy Recovery!