A Nova Scotia man, his, son, and his son’s friend are incredibly lucky to be alive today after a Snow Fort they were building caved in, burying each of them under at least a thousand pounds of snow.  But lucky for them, their heroic dog, Zoose, dug the man out, allowing him to call for help to save the kids.

Steve Bayers, his son Ben, and Ben’s friend Adam Inch were having fun building a snow fort on Saturday afternoon when the roof of their structure suddenly collapsed, burying all three deep enough that their screams could not be heard more than even a few inches away.

“We were all trapped,” Steve told Global News. “I knew it was very serious when my arms were pinned underneath me and my leg, my heel was into my back and my foot was twisted up and I couldn’t get any of my limbs free.” 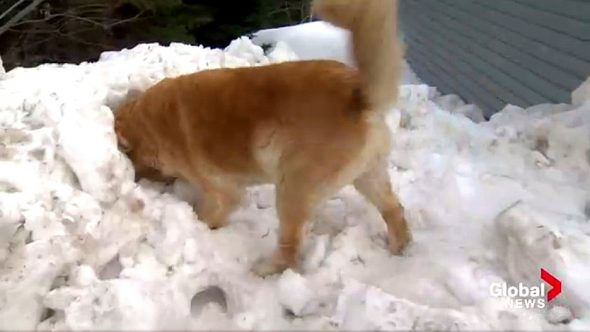 “It was pitch black and we heard everybody screaming and stuff, we were right beside each other, at the top of your lungs and couldn’t hear them very well,” Adam added.

Just then, five-year-old Zoose came to the rescue!  He had been outside playing too, but wasn’t in the same area when the snow gave way, and immediately got to work digging his people out.

“The dog dug in and started to pull the back of my jacket and I knew at that point, if I could get an arm or a leg free and get my leg untwisted, I had a chance of getting out and helping the kids,” Steve said. [Zoose] was the inspiration.  I can’t say it enough.”

Once Steve was unpinned, he was able to yell loudly enough for neighbor Peter Mansfield to come rushing over to free the boys. 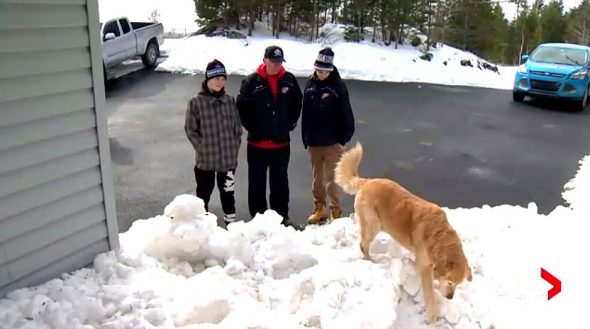 The post Heroic Dog Saves Three People from Being Crushed to Death in a Snow Fort Collapse appeared first on ILoveDogsAndPuppies.