An Adventure Book Review by Erin the Cat Princess

Hello, and welcome to my Saturday Book Review!

This week, and sooner than promised, we are pleased to bring you book 2 in the Beetle Boy series of entomological adventures of Darkus Cuttle: BEETLE QUEEN by the wonderful writer, M.G. Leonard.

What to wear: outfit ideas for Christ…
Karen Wiesner: I Have Dreamed a Littl…
Essential Building Blocks for Reading…
Predicting Roulette
Best Things to Do in Cadaques, Beauti…

Last time we reviewed book 1. Now at this point I have to put the WARNING, SPOILERS sign up and say, if you want to read these books then do give this review a miss until you have read book 1. It would be impossible to review book 2 without giving away some KEY parts of the book 1 adventure and finale.

So, on that understanding, and as you are clearly all still here, lets get on with the review! 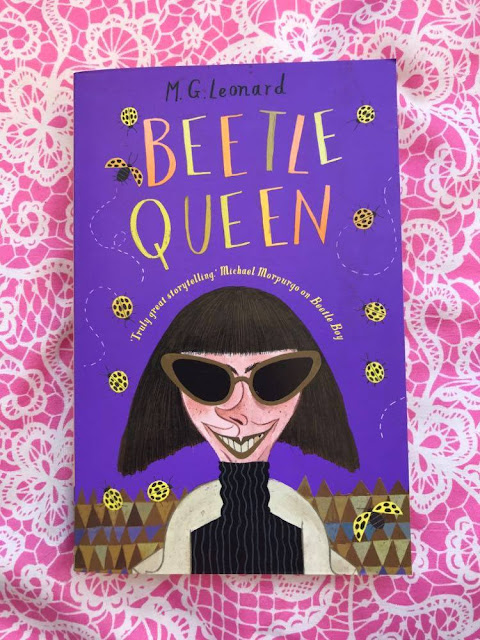 What we discovered in book 1, was that Lucretia Cutter, Darkus's father's ex freind and co-worker, is now a really, really nasty piece of work. Yup, she's as nasty and as evil as they come. A real Bond villainess, arguably a fashion monster! She was intent on regaining a multi-species colony of genetically enhanced and peaceful Beetles that she bred, before anyone gets to figure out what she's done, and is intent on doing. Said beetles happen to have made their home in Humprey's bedroom, in the shop next door to Darkus's Uncle Max's home. Lucretia will stop at nothing to retrieve them.

The conclusion of book 1 is a magnificent climax worthy of some space war style advenure in a galaxy far, far, far away. Except, of course it was in London (UK), featured some awesome beetle heroes, and three brilliant yet ordinary kids out to right a wrong against the evil empire – the empire of Lucretia Cutter, that is. Complete with a comic element from the nasty cousins, Pickering and Humphrey, the conclusion was, in equal measure, gripping, a delight and highly entertaining. Mrs H cheered, and spilt her sherry, and I have to say, I do think there may have been a tear or two (doubtless of joy) spilt too.

Book 2 takes over a short while after book 1; after the dust has settled, and Humphrey and pickering removed to prison, and Lucretia fled the scene, having shot someone.

Things are going well for Darkus. He has his father back and they are both on the mend. Uncle Max and his friends, Virginia and Bertolt are all happy as are the beetles. But, things take a turn when Darkus shows his father the genetically engineered beetles he saved, and what they can do. Dr Cuttle immediately changes his attitude, and forbids Darkus from seeing Bertolt and Virginia and from having anything to do with Lucretia or the beetles. For all intensive purposes, he seems to have fallen into league with Lucretia and heads off to be with her?!

On the plus side, Lucretia's much set upon and despised daughter, Novak, has come around to loving the very beetles her mother hates. With her on the Darkus's team, albeit from afar and a virtual prisoner with her mother, they have a person on the inside of Lucretia's global fashion empire.

Having almost destroyed Humprey and Pickering's shop in the final battle to free the colony of beetles from capture (see book 1), the three kids are devastated by an event early in book 2 that acts as a catylyst for a very dramatic and heartfelt scene and what follows in the rest of the book. I shall say no more on that.

As a result of what has happened is born the resolve for reveng, and also to save the world. Yup, the team know something BIG is up, and this time it's not just confined to an old shop in London. This time Lucretia seems to have a plan that involves some sort of dramatic event staged in front of the onlooking world at the Oscar ceremony in Hollywood.

Lucretia is up to something, and by whatever means, the kids are set on tracking her down, saving Novak, Dr Cuttle, and making the world aware of the deadly beetles Lucretia has engineered to cause destruction, and even death.

Of course, where would the plot be without Humphrey and Pickering? They too have plans for redress, compensation for the destruction of their home and shop, as well as the money Lucretia said she'd pay for the beetles in Humphrey's bedroom.

Those two are, if nothing else, hell bent on money and food in almost equal measure. In addition, Pickering, for all his faults, fancies himself as a husband for Lucretia! It was a romantic aspect of this book which was totally unexpected and delishously funny.

OK. You all know the drill by now when we reach that certain point, a tipping point in the plot when I can say no more. Suffice to say, that things quite litterally take off from here.

Will our daring young righters-of-wrong make it the USA unscathed and in time? Will they rescue Novak, Dr Cuttle and put paid to whatever chaos Lucretia has in plan for the Oscars?

And how will Pickering and Humphrey fair in their quest? Are the US police up to dealing with two such unloveable yet strangely addictive, blunt force, tactless and supremely badly dressed villains?

For the answers to those questions you will be revealed in the book.

So, what did we think?

I heaped praise, all warranted, on book one. Book 2 is every bit as good. It takes the adventure forwards in a very entertaining way. The beetles still play a very important role here, but there is less of the 'getting to know you your beetle' aspect, and more of the action. That, so far as I am concerned, is a good thing, as the plot really doesnt call for it.

Is this another must-read?  Yes. Undoubtedly it is. For lovers of trillogies, this one is spot on for the second book, and leads on nicely to the concluding book. It does so without any sense at all of being short changed in either plot or character development.

If you like trains, and adventures on different continents, you just HAVE to check out M. G. Leonard's "Adventures on Trains" series of mystery adventures, co-authored with Sam Sedgman. We totally enjoyed the concept and characters and situations.

Want to buy a copy?

If you'd like a copy of BEETLE QUEEN to add some Oscar-bound hijinks and adventure and missadventure into your life, then please do SCURRY along and support your local bookshop first.

The Beetle Boy trilogy (Beetle Boy, Beetle Queen, and Battle of the Beetles) is published by Chicken House. A link to their website can be found HERE.

Next time we will be reviewing a rather special book that was sent to us, called  MAGGIE BLUE and THE DARK WORLD, by Anna Goodall.  Published by Guppy Publishing. 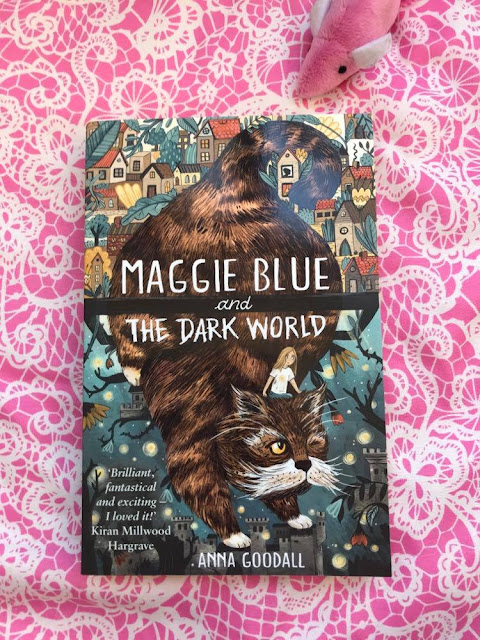 Until then, we wish you a fashion disaster free week!