Called to the Bar?

Hello and welcome to another Saturday Story; chapter 5 in the continuing adventures of Erin and Mrs H as they come to terms with life amidst social distancing, shortages of beans and toilet paper and panic buying.

This week they are battling boredom!

Chapter 5: Called to the Bar?

"I'm bored."
"No your not, dear."
"I am."
"No, you're not. You can't be.
"I am too. I feel it; that sort of restless prickly sensation."
"That could be the kitchen scourers and washing-up brush you're sitting on. If you move to the left – your left, there are some new thick bath sponges I got from Mrs Singh. Guaranteed shred proof; but please do not take that as a commission to prove them wrong!" Mrs H had been shopping early that morning and caught up on some much-needed shopping essentials. Mrs Singh had been kind enough to pre-pack the items and then seal the shopping bags, so all Mrs H had to do was use her contactless payment card, then take the bag and leave.

My Most Anticipated Retellings From J…
What to Watch if You Loved Jordan Pee…
17 Top Things To Do In Uluwatu Bali 2…
Austin Kelly – A Selection of Candid …
Cascading Light - Erin & Charles' Mau…
Erin walked over to the sponges, and after prodding with her paw, some careful body placement and more than a bit of wobbling from to and fro managed to settle herself down. A few minutes later, however, she was not so happy.
"Nope, it's no good, now I feel bored AND seasick, or maybe that should be freshwatersick? Maybe I'm spongesick!"
Mrs Hudson looked up from her Wireless Times magazine, in which she'd be circling the radio programs she wanted to listen to, and then sighed. "Now, as there is no water nearby – none except the washing up bowl, which you never go near, you can hardly be fresh or saltwater sick, Erin. It's just in your imagination. Maybe if you sit on something solid?"
"Maybe if I ate something the boredom would go away. What do you think?" Erin said, sat looking at her tummy and gently prodding it. "I could squeeze another meal in, a small one wouldn't hurt."
"Boredom has nothing to do with your tummy. It's a slippery slope to think that."
"So, is that a no to a light snack before our midmorning break?" Erin asked with more optimism than was due.
"Yes, that's a no. And to be fair, it's only 8am, and you just ate. The hunger, like the boredom, is just in your imagination."
So it's my imagination that's bored then?" Erin asked, seeing an opportunity for a snack. "Maybe my imagination hasn't had it's breakfast yet? Yes, I bet that's it. Mrs H, can my imagination have breakfast please: runny egg and soldiers, followed by half-fat cream nip frappe."
"Glad to see your imagination is health-conscious, Erin. I shall see if my imagination is up to it, after all, she has been busy too, planning lunch and scheduling some exercises." Mrs H paused momentarily, index and middle fingers touching her temples, and eyes shut. "No," she said, snapping her eyes open again, "apparently my imagination says breakfast service is now finished. She suggests that your imagination needs some exercise to stop it from being bored."
"Exercise Mrs H, that sounds like hard work, and after all, I have just had my breakfast. But what sort of exercise did you have in mind?" Erin gave Mrs H a sideways look. Mrs H's ideas, to Erin at least, seemed to involve her doing all the activity and Mrs H merely directing.
"Nothing much, really. Well not to start with anyhow. Like all good things, first, we have to study, then we do."
"I knew there'd be a catch – homework. This 'good' thing is going to be calculating the number of squeezes of washing up liquid in a bottle – the hard way, one bowl of washing at a time. Or maybe the number of broom strokes to clean the floor?"
"But you did enjoy those games though. Especially the making shapes out of the laundered sheets. Triangles, squares and rectangles all nice and neatly created with 90-degree corners."
"Oh yes, I really liked making the pyramid shapes underneath," Erin butted in.
"Oh, my those were fun games, and most practical too." Mrs H smiled, remembering how they'd made a game of some of the household chores and actually got the tasks done quicker. There was always a reward at the end of it, and both slept well each night.
Erin pondered a moment, then her curiosity got too much. "OK, so what do you have in mind?"
"Nothing at all arduous as it happens. In fact, a lot of sitting down and watching the internet. Then once we have done that we can have even more fun."
"OK, so long as my imagination and I get an early lunch, then I'm in. No chance of popcorn is there?"
Mrs H's frown was the only answer Erin needed. Popcorn, she had frequently advised her, was all excess calories. And very messy, especially the way Erin played with her food which meant Mrs H was vacuuming up popcorn from under the sofas for weeks after.

Two hours later. . . . .
With the curtains drawn and the study's lights dimmed – to give the effect of a cinema – the two settled down to watch a comedy play from the National Theatre, that was being screened free of charge on YouTube. The was even an intermission in which Mrs H donned a small waitress hat and came round offering small trays of treats, paper cups of tea, and some excellent feline sandwiches with the crusts cut off. By the end of the performance, Erin and Mrs H were weary from laughter. But not so tired that as the curtain came down, they applauded loudly, whistled, and gave a standing ovation. Erin's call for an encore meant Mrs H had to rewind the video feed, but it just added to the fun.
"Well," Erin professed, as Mrs H pulled a black towel over the computer screen to mimic the curtain falling. "THAT was the best piece of homework I have ever done. I feel all 'cultured up'."
Mrs H smiled. "I thought you'd like that. Comedy lifts the heart and makes the time fly by. Now, hows about a little exercise to round the day off? If we'd travelled to London to see that play live at the National Theatre, we'd be able to walk back along the south bank of the River Thames and then to the train station."
"You're not suggesting we go down to the village stream, are you, Mrs H?" Erin was most concerned as at this time of year the geese were out and were likely to try and chase her.
"No dear. Nothing like that, especially as we need to be social distancing and that would count as an unnecessary journey. No, what I have in mind means that we just need to stop at home and do a tour around the palace. If you would like to take a break and have a clean up and then a nap – maybe for an hour – then we can begin."
Wondering what on earth Mrs H had planned, Erin agreed to meet by the front door in an hour and thirty minutes. From there they would begin the next part of the day's entertainment.
Ninety minutes later. . . . . 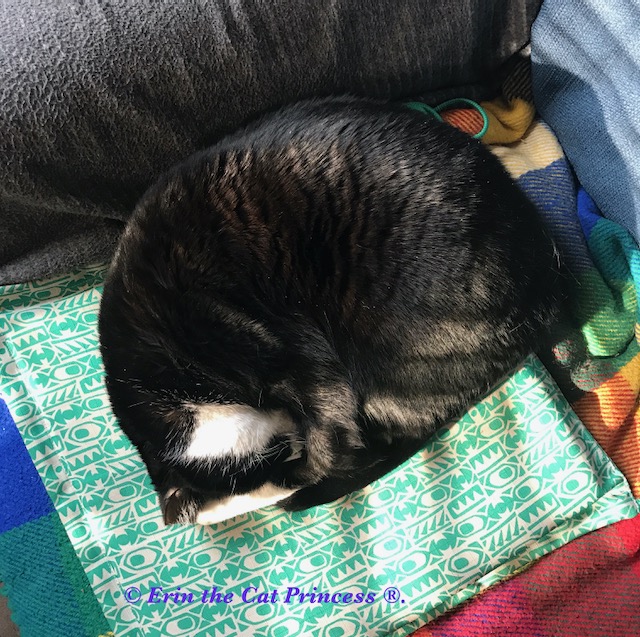 Austin Kelly – A Selection of Candid and Authentic Poems

Widow, 32, opens up on finding love after husband’s death

Called to the Bar?