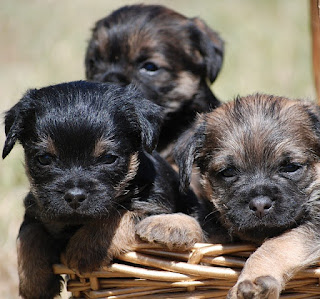 The Border terrier got its name from the area called Cheviot Hills, which is actually near the border of England and Scotland. This is where these dogs were made to attack and terminate predatory foxes.

They have wiry coat that is why they normally appear as scruffy. However, this scruffiness is an attention-grabber that is why owners do not forget to hug their little ball of energy.

The following are some of the basic facts breeders would really love to know about Borders:

Colors: tan, red, grizzle and tan, and/or blue and tan

• they are scruffy, hard and bold hunters

• they are active as puppies but mellow down as they mature

• they are not friendly with rabbits, rats, hamsters, and even birds

• they are economical to feed

• they may even catch a burglar

• they may lose timidity when accustomed to active environments

Breeders should note of the following health issues:

•    Canine Epileptoid Cramping Syndrome or CES, also called as "Spike's disease", which is a hereditary, neurological, metabolic and muscle disorder that is sometimes confused with canine epilepsy

•    Cataract, or loss of transparency of one or both lenses of the eyes

•    Cryptorchidism, wherein testicles do not descend into the scrotum

• They should be professionally groomed at least twice a year.

• They should bathe only when necessary since they shed little to no hair. Their physique requires a regular exercise routine which includes a daily play time while on leash.

• They should be on leash while walking in public places because of their hunting instincts.

The exact origins of Border terriers are obscure but many breeders accepted the story that the variety was developed in the Cheviot Hills area, which is near the border of Scotland and England. The Borders have been used as hunters of rabbits and hares. They can even keep up with running horses with their short yet sturdy legs. They were also used by farmers to lure predatory foxes into their dens before killing them.

They were also trained to hunt otters, marten, and even fierce badgers. Like most terriers that were once molded as hunters, they also evolved as pets and became lovely, friendly, and loyal Companion Dogs. They also take part in dog shows and they can easily grab their audience attention with their agility, appearance, and bright disposition.

The breed was registered by the British Kennel Club in 1920 and by the American Club ten years after.

At present, Borders are highly favored as companion dogs and pets due to their adaptability, friendliness, and winning personality. Nonetheless, they can be reliable when it comes to tracking down vermin. In fact, some of their esteemed talents include hunting, guarding the family, and performing tricks and sports that require competitive obedience.

Like most terriers, you can be rest assured to have a loyal and bright companion dogs if you give your attention and affection to a Border. You can be sure that they can definitely drive away your bore! 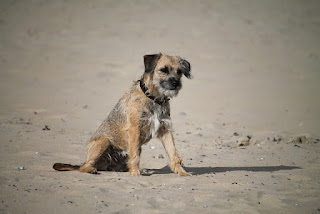