BSP Sees More Opportunity To Boost E-Payments Amidst The Pandemic 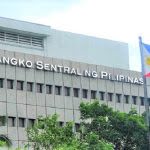 Despite the gains that the Bangko Sentral ng Pilipinas has gained during the lockdown period, the fear of getting scammed still hinders them from moving e-payments further in the country.  According to BSP Governor Benjamin Diokno, while the pandemic pushed more people to migrate to digital transactions, there's still a huge scope to widen its usage. In a virtual press, Diokno said: "A positive that came out of this pandemic is that it has emphasized the value of Digital Financial Services. We are confident that consumers, having experienced the convenience, the speed, the transparency of e-payments, will continue to use these services after this pandemic." Diokno acknowledged that the wider use of online payments was "accommodated" by policies that allowed greater ease of transacting even across banks. While the BSP removed charges collected for interbank transactions, prompting banks to follow suit and temporarily stop collecting fees for every fund transfer to an account from a different financial firm, challenges still remain. According to Diokno, the biggest stumbling block is consumer behavior, which is influenced by a lack of awareness and fears of using digital financial services. He then cited a survey that only 18 percent of Bank Account Holders use e-payment services. This percentage a small share of Filipinos, considering BSP records 15.8 million Filipinos have bank accounts as of 2017. Meanwhile, nearly half of the bank account holders are "ambivalent" as they worry about fraud and hacking. Based on BSP’s 2017 Financial Inclusion survey, 77.4% of citizens remain unbanked, 64% of those who did not use online channels said they preferred cash, while 20 percent said they didn't know that these services are available. The quarantine period didn’t stop scams from proliferating online and via e-mail, text messages, and customer calls baiting depositors into sharing personal information to give fraudsters access to bank accounts. Diokno stressed that these need to be addressed as the "new economy" post-quarantine would rely more on digital infrastructure to limit contact and possible infections when people head out to transact over-the-counter. In line with this, the BSP will be rolling out a digital literacy campaign to raise awareness on the benefits of online banking. BSP will be touting it as a safer option amid the COVID-19 crisis as it enables people to handle their finances at home via mobile phones or web-banking channels.   [Source]

The post BSP Sees More Opportunity To Boost E-Payments Amidst The Pandemic appeared first on iMoney.ph.

BSP Sees More Opportunity To Boost E-Payments Amidst The Pandemic