T he Business Round Table (BRT) had an aha moment and decided maximizing Shareholder value  is not a corporation’s sole purpose. That metrics from the 1980s is wrong, it said. The BRT is late getting to this undeniable conclusion. It is indisputable that this profit focus fed CEOs’ greed nature and primed the Great Recession. Ceos hiked their compensation to offensive levels and ignored effects on customers and workers. Big Pharma and financial institutions’ disgusting unethical behavior caught governments and the public’s ire. Thus, this BRT preemptive strike won’t assuage detractors of big businesses.

Beard Bib – Solution For Messy Groomi…
The Book Depository – Atomic Habits b…
How to start a business by developing…
Business Regressing to The Pin Factor…
Irish Diaspora: Ireland’s Citizens be… 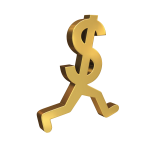 Any business that sets making profits as its main aim does not have a secure future. Sustained profits result from focusing on the right inputs. I tell my students if they plan to be in business to make money, they should print it. That’s how you “make” money. Firms that care about shareholder value make great products and provide excellent services to customers. Profits follow.

BRT members delude themselves. Switching emphasis from shareholders to stakeholders is a cosmetic change. Businesses used Maximizing Shareholder value as a proxy to boost their CEOs’ compensation. Many CEOs hiked next quarter’s earnings to secure huge bonuses. Several manipulated earnings to get their desired results, but only a few went to jail. Some ruined their firms, employees and other people’s lives.

The late Peter Drucker said: Effective executives “… know that a decision that isn’t right for the enterprise will ultimately not be right for any of the stakeholders.” (Drucker, XIII) But Drucker’s most famous statement is this: the purpose of a business is to create a customer. So, what does maximizing shareholder value mean? A firm must know is purpose is not making money. It must strive for lifetime clients and an engaged workforce. Another key feature is what Great By Choice’s authors Jim Collins and Morten Hansen call “Fanatic Discipline.”

Collins and Hansen say great leaders get empirical evidence for what works. BRT members and other firms try to maximize profits at any cost. They react to conditions that might affect the next quarter’s results even when that’s bad for the long-term health of the firm. That behavior ignores empirical evidence showing the layoff-rehire cycle destroys value. Several CEOs obsess with making money. Many lied, cheated, cut corners and performed unethically before the Great Recession. When caught, their firms wasted shareholders’ funds paying fines. Big Pharma, Nortel, Enron, Leman, WorldCom, Wells Fargo, are a few examples.

The formula for a successful operation is simple: it is my life equation, A+B=C—attitude (what we believe) leads to how we behave, which produces consequences. Maximizing shareholder value is “C,” the result of proper attitudes and behaviors—providing the right inputs. Ask football, hockey, or other sports’ coaches, and they will tell you how much they love to win and want to win. But they will stress the key to winning is having the right inputs. If they lost a game by 10 points, they do not stress over the 10 points, which is “C.” They look at the inputs—the game plan, players, coaches, formations, and so on. And they adjust the inputs as needed.

Greedy CEOs don’t behave like good coaches. They lay off workers, remove the visible costs from next quarter’s result, and justify their actions as “maximizing shareholder value.” But that’s a dumb, costly move that destroys value, lowers confidence in the firm’s brand, and stresses employees who leave the firm, and those who stay. The May-June 2018 Harvard Business Review article Managing Organizations shows that layoffs destroy and do not maximize shareholder value in the long-run. Not only do they destroy value, but they shatter lives.

Other research shows CEOs who get huge compensation impair shareholder value. These incompetent CEOs pay themselves excessively while they ruin their firms. Mull over these words from a study reported in 2016:

Rio Tinto’s purchase of Alcan Inc is a classic stupid decision. It was a dumb move by a CEO looking to maximize shareholder value. In 2007, Rio Tinto, one of the largest mining companies in the world, paid a whopping 65% premium for Alcan Inc., my former employer, at the top of the business cycle. Dick Evans, the CEO of Alcan, said later in the Wall Street Journal the decision to buy was the “… worst decision ever; it was the largest metals and mining transaction in the history of the world at the high point in the commodity cycle.”

How do firms maximize long-term shareholder value? Berkshire Hathaway is an excellent example. Chairman Warren Buffett does not provide quarterly guidance and updates to Wall Street. Neither does he take hefty bonuses. His focus is on the long-term health of the firm. And he earns $100,000 salary yearly. Southwest Airlines, Marriott, and FedEx, among others, know the inputs needed to maximize shareholder value: treat employees well, and they will care for customers and shareholders will benefit. Any wonder Southwest Airlines have never lost money in its over 40 years history, but the other short-term, lay-off-driven airlines have?

Berkshire Hathaway, Southwest, and FedEx run their firms in the best long-term shareholders’ interest. They know “happy employees lead to happy clients and happy shareholders”. So, they invest in frontline staff and empower them. Further, they avoid stupid rules and decisions to hike next quarter’s earnings per share. Many firms go through recessions but never layoff workers.  They know layoffs destroy value long-term. Besides, they know treating employees well means better customers and improved shareholders return.

The BRT’s statement won’t change entrenched CEO greed. Thus, BRT must re-educate its members about how to achieve the real purpose of business. It should remind CEOs’ that to refocus from behavior the destructive, obsessive concern with next quarters’ results. BRT members must follow Drucker’s advice: make decisions that are right for the enterprise because those will be right for shareholders and other stakeholders. CEOs must know the inputs needed to create and maximize shareholder value—engaged employees and delighted customers. And they must focus long-term on the business.

Goldman Sachs is a poster child for shareholder value destruction under the guise of maximizing it? The management’s behavior leading up to the Great Recession was despicable. Many people have written about the obvious reckless, greedy, and unethical way they handled shareholders’ funds. John Taft’s book Stewardship, Lessons Learned from the Lost Culture of Wall Street, includes this quote from former Chairman of the House of Representatives Ways and Means Committee, Levin:

“Surely there is no law, ethical guideline, or moral injunction against profit. But Goldman Sachs didn’t just make money. It profited by taking advantage of its clients’ reasonable expectation that it would not sell products that it did not want to succeed… Goldman Sachs did well when its clients lost money…” (Taft, 17)

That quote embodies the approach many CEOs follow to maximize shareholder value. But those crooked actions did not maximize value. In the short-term, Goldman Sachs recorded hefty profits and the CEO and other executives reaped huge bonuses. Over the long haul, the firm, or enterprise as Drucker called it, and its shareholders’ lost huge sums. But the executives did not go to jail or repay their bonuses.

Shareholders need to be more active choosing CEOs. Firms need competent, honest, capable leaders who put the firm above them. Today’s recycling of incompetent CEOs in the corporate world hurts the economy. Their destructive behavior permeates the economy, business, and people by their obsession with near-term results. Shareholders must demand CEOs return bonuses they get after ruining companies with their short-term decisions to manipulate company results.

Shareholders Must Get Greater Inputs Before Stock Buy Back

Stock or share buyback is one way CEOs hike their bonuses and destroy shareholder value. CEO and board of directors should get approval from special board meetings to buyback their firm’s shares. At that meeting, the CEO must present investment options, including the effect of paying employees a one-off bonus with 25-50% of funds earmarked for the share buyback. And the firm should exclude the impact of the share buyback when computing CEO and other leaders’ bonuses for the next three years. This calculation is simple, and the external auditors should calculate it.

How does the BRT plan to apply its newfound care for stakeholders? Will it start by acknowledging that a significant number of its members must change their behavior? They must become less greedy and more concerned with the long-term health of their firms. To be sure, we don’t need more government rules. We need more shareholder activism to rein in and fire incompetent CEOs who pay themselves (via their boards’ compensation committee) excessively while destroying shareholder value. Maximizing shareholder value isn’t a problem. However, CEOs must understand that to achieve that result, their firms must treat stakeholders as they treat themselves. That’s the crucial issue.

Carroll, Paul B., & Mui Chunka: Billion Dollar Lessons: What You Can Learn from the Most Inexcusable Business Failures of the Last 25 Years, Penguin Group, Toronto, Canada, 2009

Collins, Jim and Hansen, Morten T. Great By Choice: Uncertainty, Chaos, and Luck–Why Some Thrive Despite Them All: HarperCollins Publishers, New York, NY, 2011

Profit is legitimate and should be encouraged