Idioma: En
What Are Three Simple Steps For Calculation Of Advance Tax Payment?
http://eserviceshelp.in
Follow me
Share me

The Indirect Tax department has launched an investigation into Bitcoin exchanges operating in India to ascertain at what rate they can be taxed under the goods and services tax (GST) regime, two people with direct knowledge of the matter said.

According to the indirect tax officers, the investigations began to probe about a month back and top executives and promoters of some Bitcoin exchanges were asked to explain their business model and how much indirect tax — either service tax or value-added tax — could be levied on the last financial year’s revenue.

“There is ambiguity around how much sales tax is applicable on revenues of these startups as the product they deal in is not defined by the current tax laws,” said a person with direct knowledge of the matter. “No satisfactory answer is yet provided by any of these Bitcoin startups.”

Bitcoin is the popular digital currencies that allow online payments directly from one person to another without any middlemen or going through any financial institution. With many businesses beginning to accept them, there is rising demand for such crypto currencies that come without any government control and allow anonymous transactions. More than that, Bitcoin has become a craze among investors, with its value skyrocketing more than 1,200% in 2017 alone. Price of one Bitcoin stood at $17,900, or .`11.46 lakh, on the Luxembourg-based Bitstamp exchange as on Friday evening

As a whole of other things, the tax department wants to know if Bitcoins are currency, goods or services. Tax rates would depend on how the product is defined.

“Bitcoin may not qualify as currency or money as it is not a legal tender for Indian indirect tax laws,” said Pratik Jain, national leader, indirect tax, PwC. “Therefore, VAT (value-added tax) or GST implications may arise. In case it is sold to overseas customers from India it may qualify as ‘export’.” However, if there is a commission or fee earned in the transaction, then the business of Bitcoin exchanges is likely to be viewed as a ‘service’, Jain said. “There are several grey areas which need to be investigated, in light of the precedence and guidance available under laws of other countries.”

Industry insiders said that Bitcoin players, including Indian exchanges, earn their revenue through commission, transaction fees or price arbitrage. There was no response to queries sent to Zebpay and CoinSecure on Wednesday. Unocoin told ET: “Given that we have not received any notice, none of your questions are relevant.”

No tax notices have been issued yet. That can happen only after an investigation is concluded and the exact tax applicable is
determined.

One person close to the development said the indirect tax department is likely to issue demand orders to Bitcoin exchanges by the first quarter of next year. “The sales tax department and VAT authorities would be well within their rights to issue arbitrary demand orders (for 2016-17, before the implementation of GST,),” the person said. GST was put in place on July 1. to another person in the know, VAT authorities from Gujarat, Maharashtra, and Karnataka have separately initiated an inquiry
to determine if Bitcoin exchanges are liable to the tax.

Tax experts said calculating indirect tax on the revenue earned by the Bitcoin startups is causing problems due to lack of clarity around the ‘place of supply’ provisions. 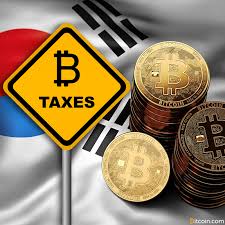 The stratospheric rise in Bitcoin valuation has prompted several investors and experts, including Warren Buffet and JP Morgan’s Jamie Dimon, to warn that it is a bubble. The Reserve Bank of India (RBI) has so far issued three warnings against Bitcoins — the first in 2013, the second in February this year and the third last week.

There are 1,600 types of crypto currencies available across the globe based on blockchain technology. The more common ones include Bitcoin, Ethereum, Ripple, Litecoin, and Dash.

“One needs to choose a crypto currency wallet and an exchange to trade on the currency,” said Vishal Gupta, founder of Search Trade, a search engine company that uses Bitcoins to pay users every time they search on the platform. “From there it is as simple as filling out a form and waiting for the transaction to process.”

Gupta, who also co-founded the Digital Assets and Blockchain Foundation India (DABFI), however, declined to share how players (wallet or facilitators) earn their revenues.

The post To ascertain the rate be taxed under GST – Tax dept starts probe into Bitcoin exchanges appeared first on Eserviceshelp.in.

Subscribe to What Are Three Simple Steps For Calculation Of Advance Tax Payment?