Want to know a secret? Even better, want to know the secret to making yummy Ice Cream right at home? It's actually quite simple, the secret is lowering the temperature of ice below it's freezing point. You have to lower the freezing point of ice to actually freeze the cream. So, how exactly are you supposed to do this? How about using table salt? I have a nice simple recipe for you to use, so you can make your own ice cream in your own kitchen! This is a really fun activity to do with your kids. Not only do they have fun, but their also learning the science behind making ice cream. At the end of this post, I explain the science behind this yummy goodness!

What Do Bed Bugs Look Like?
How to Make Tilapia Lamayo
Short Happiness Quotes From Famous an…
Capture Attention and Drive Traffic w…
Sexy Games for Married Couples
Ingredients You'll Need:
Half & halfGranulated sugarVanilla extractCrushed iceRock Salt2 Large Zip-Lock bagsGlovesJarTowel
Fill your jar half-full with crushed ice. Next add 6 T of the rock salt to the jar as well. Make sure to seal you jar really well and shake your ice/salt combo for five minutes.
*IMPORTANT* Please make sure to put on your glove for this part. The temperature of the mixture is EXTREMELY cold 14 degrees F (-10 degree C).
Next, gather up your half and half, granulated sugar and vanilla extract and mix them together in your Zip-Lock bag.
Measurements:
½ cup of half & half1 T granulated sugar½ tsp vanilla extract
When sealing your bag, make sure to get out as much of the air in the bag as possible so your bag doesn't end up popping when you shake it. After removing the air and sealing your bag, place this bag into the second bag, also making sure to remove as much air as possible. the reason you need to double your bags is to hopefully eliminate the possibility of salt and ice leaking into your ice cream. Take you two sealed bags and place them into the your jar with the ice and salt. Close the jar as tightly as you can.
If you took off your gloves in between steps, now is the time to put them back on. You can also use a towel to wrap around your jar. Now "Shake it Like a Polaroid Picture!". Let's take a break from our recipe for a few seconds (not shaking though) to learn an unrelated interesting fact.
*INTERESTING FACT-DID YOU KNOW:
The songHey Ya!by the musical groupOutkastrefers to shaking it on the dance floor. The phrase "Shake it Like a Polaroid Picture" actually refers back to when people used to shake, wave, or fan their instant photos to get them to dry completely. Due to the popularity of the Hey Ya! song/phrase, caused forthe Polaroid company to put out a press release warning people NOT to shake today's Polaroids because it would ruin them.
However, Hey Ya! does have a great beat after all and is fun to dance too. Better yet, why not listen to the song, dance and shake it while making your ice cream!? Hey Ya!
BACK TO THE RECIPE
You'll need to continue shaking for approximately 15-20 minutes. I know it seems like a long time to shake (that's why you need the music). Just remember to pace yourself or take turns shaking.
As your shaking your mixture, the ice cream will begin to get firm. Keep shaking your ice cream until you achieve the firmness you want. Then, take the bags out of the jar and rinse off the salt with cold water, of course.  Make sure to keep the ice and salt water mixture from your jar away from your ice cream. Now, all that's left is to enjoy your homemade ice cream! When your done, give yourself a pat on the back—you just made your own ice cream! That's something to be proud of! 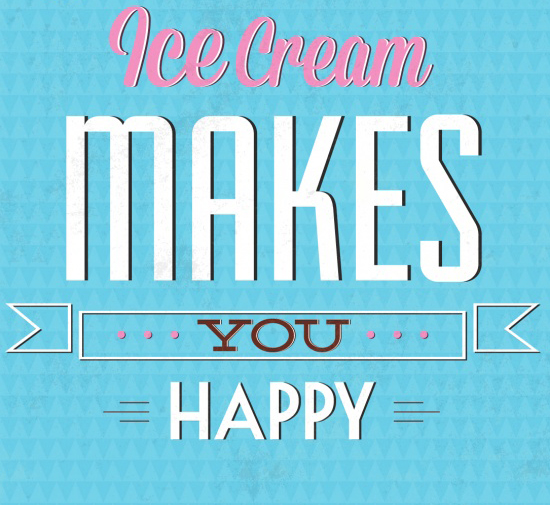 THE SCIENCE BEHIND THE YUMMINESS 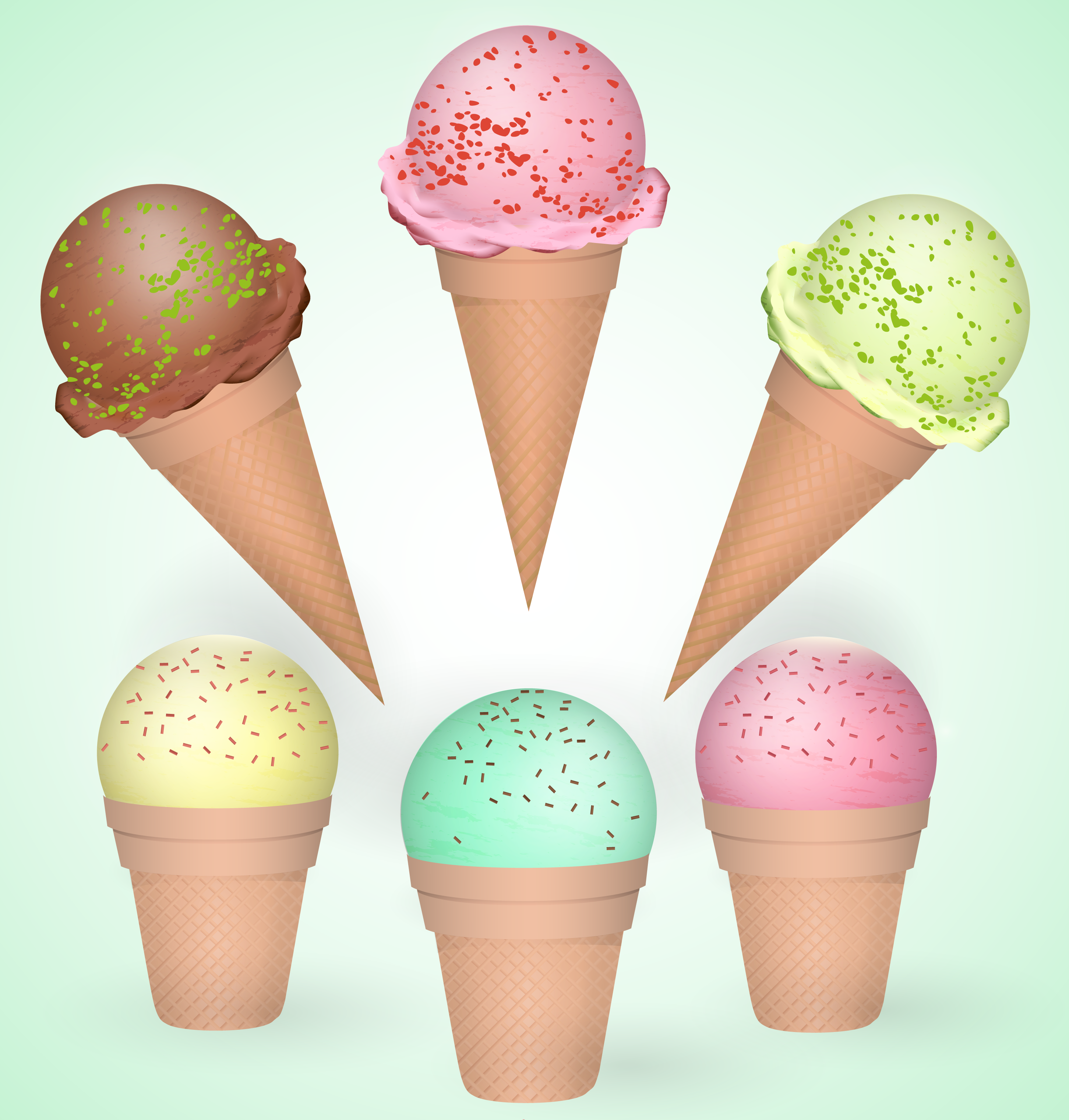 So, how exactly does all of this work? It's hard to think that salt is used to make ice cream right? I agree. Let's think about it in the instance of salting icy roads. As you know, salt melts ice. As you learned from the homemade ice cream recipe, when salt and ice are mixed, the temperature of ice drops below freezing point. So, the freezing point is dependent on the salt (the more salt used, the lower the freezing point and vice versa). The more salt added, the lower the temp. before the the salt water mixture actually freezes. Pretty neat, huh? Sorry, I LOVE science!
So, where does the heat come that melts the ice? In the case of ice cream, the heat that's created is coming from cream mixture which is warmer. When we got the temperature to freezing point, what we were actually doing was creating an environment that the ice cream mixture was able to freeze (below 32 degrees F/0 degrees C) and turned into ice cream. The key here is within the shaking. The ice cream mix which as you remember is warmer, gets moved outside of the bag and then freezes evenly. The end result? Creamy smoothness! The fluffiness of your homemade ice cream is achieved by the air that's added while you're shaking.
INTERESTING FACT: HOW ICE CREAM CONES WERE INVENTED
According toamericacomesalive.com, an ice cream maker named Marchiony started experimenting experimenting with the process of making waffles. What he was that if he folded the waffles into cones while still warm—they would retain their shape even after they cooled off.
As one might expect, this fantastic new invention was a huge hit at work. The only problem, he wasn't able to make the cones fast enough, so he needed to find a way to do it more quickly. Making them one at a time wan't cutting it.
He ended up adapting the waffle iron into a device that could be poured and baked in multiples. While selling his cones on Wall Street, the got the name "toots", most likely the result of ice creams sold with pieces of fruit or nuts.
There has been some controversy over who invented the waffle cone, you can read all about ithere.
Now that you know how to make your own ice cream, now it's time to experiment with different flavors! What flavors will you try? Let me know by leaving me a comment below. I always love hearing from you! 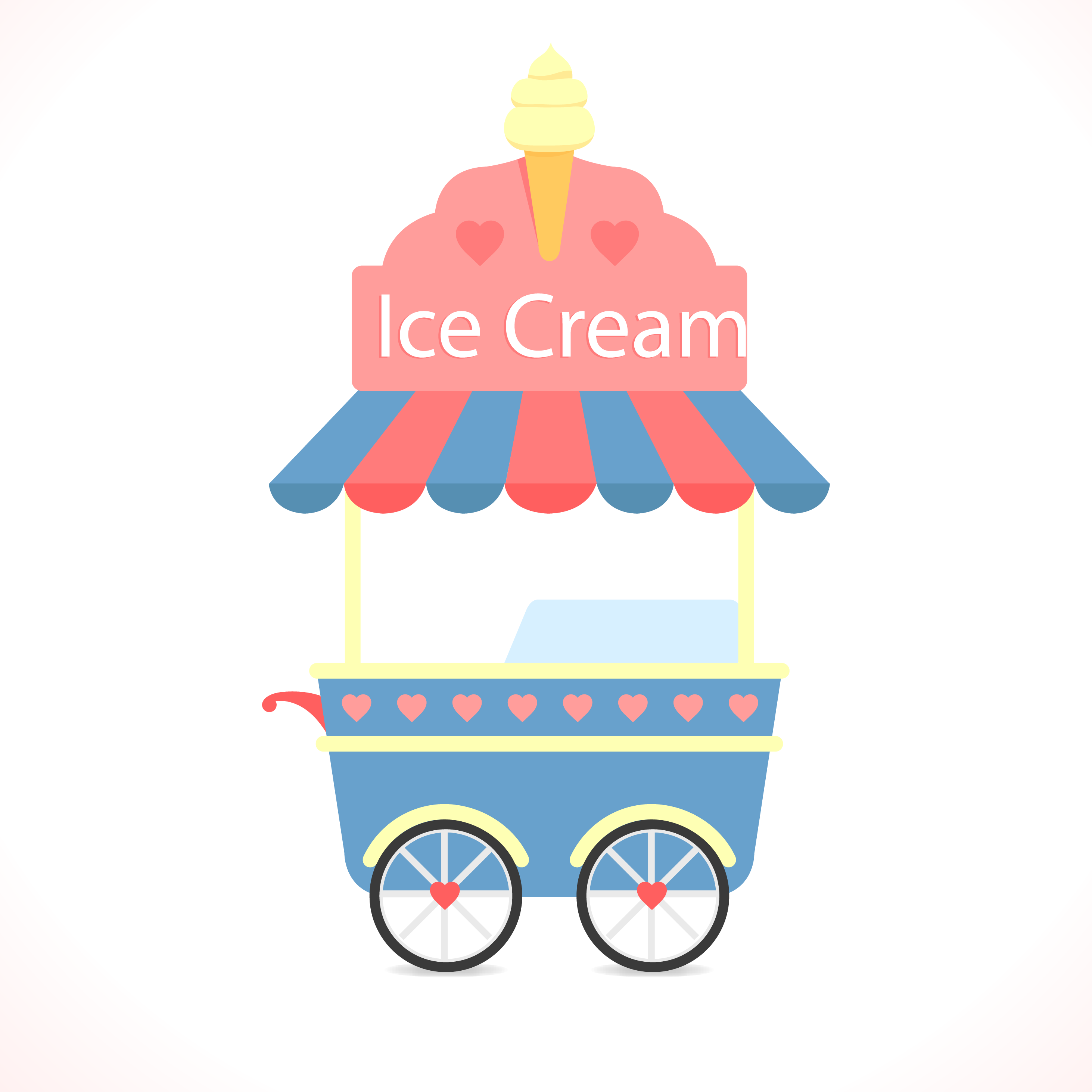 Sharing is Caring! Share the love with a friend!
Want to stay up to date with us? Then make sure tosubscribeto our newsletter, never miss an update!
I promise never to spam you or give your information to third parties. Read ourprivacy policy. If you have any questions, please feel free tocontact us!


This post first appeared on The Walking Mombie, please read the originial post: here
People also like
What Do Bed Bugs Look Like?
How to Make Tilapia Lamayo
Short Happiness Quotes From Famous and Unknown People
Capture Attention and Drive Traffic with Catchy Headlines: 7 Ideas for Blog Titles
Sexy Games for Married Couples