How to get a much-needed rest at Epcot

Epcot is my favourite park, but with the World Showcase and most of the rides spaced out there's lots of walking. The walking is great, you get to look around and see some amazing things but there are ways you can get a much-needed rest in Epcot, you can read about them below. 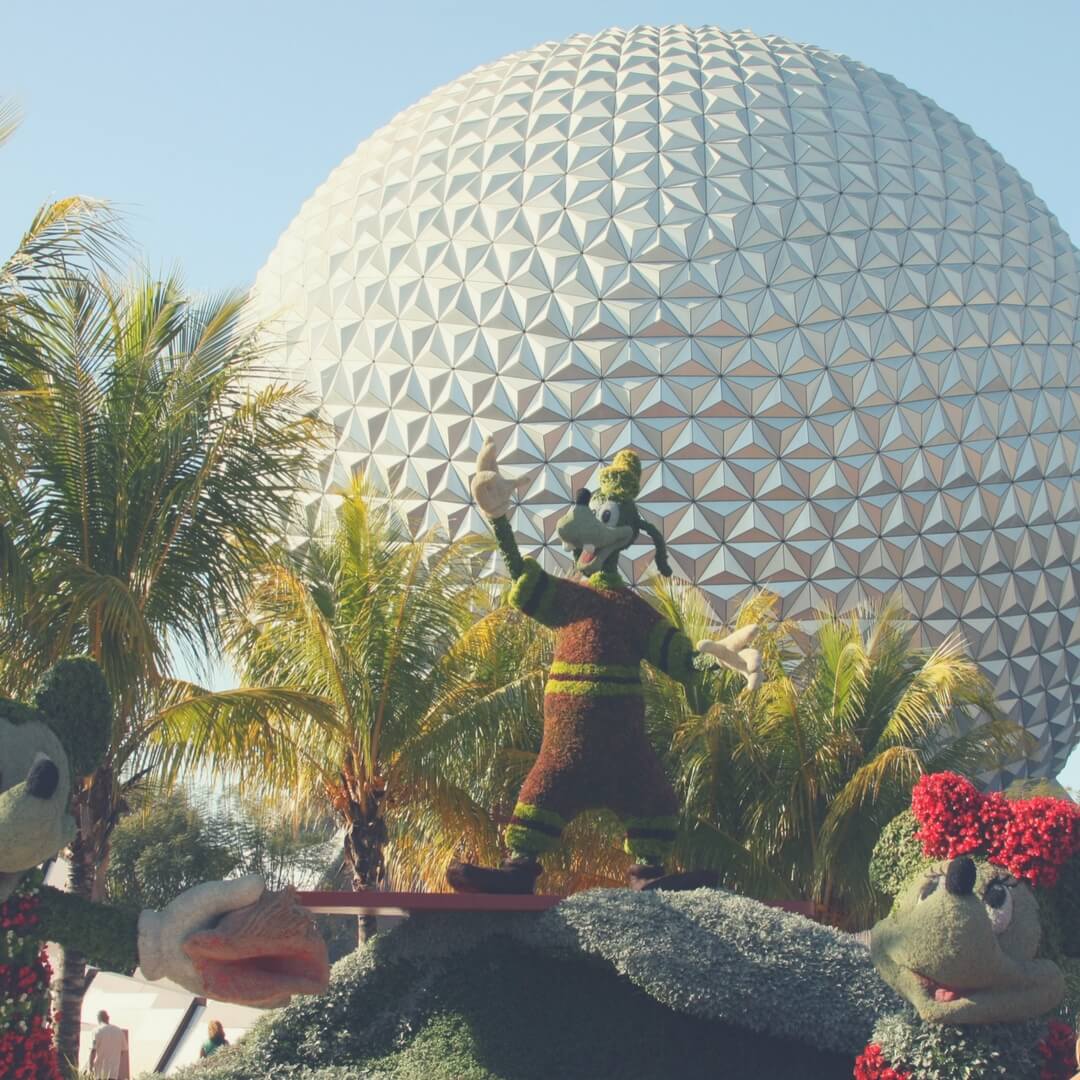 This is the very first ride you come to and you can guarantee in the morning there'll be a large queue, people see the ride and join the queue but if you wait until later in the day you can be sure to get into Spaceship Earth without queuing. And of course it gives you a lovely sit down after all the working you're bound to have done! 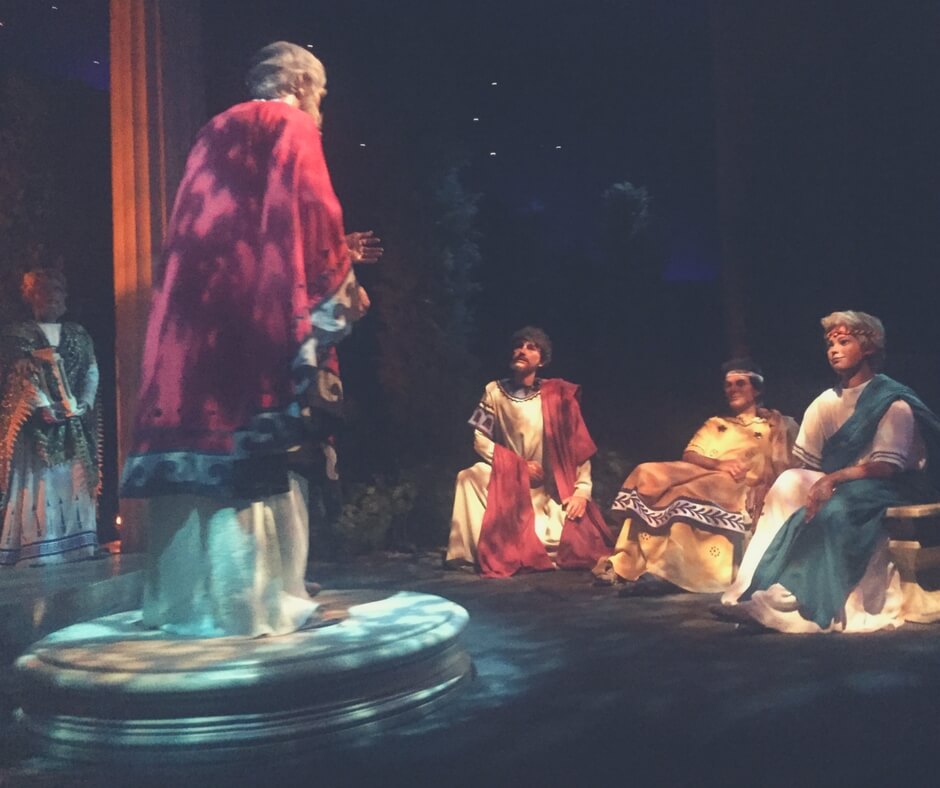 In Spaceship Earth you get onboard an omnimover (kind of like a train) and listen to Dame Judi Dench as she narrates your journey through time. Learn about how new ideas spread throughout the world, like Johannes Gutenberg's printing press, and how they changed the world. See more audio-animatronics and be surprised by smells too! Spaceship Earth is entertaining, educational, and best of all you get a nice long rest!

Living with the Land

A boat ride where you get to learn about where your food comes from and how it's grown. Sail through greenhouses filled with growing food including Mickey shaped pumpkins! Sometimes Living with the Land can have long queues, we tend to try it out later in the afternoon as this is when it's been less busy. Most of the ride is indoors so you're out of the Florida heat and the boat ride is nice and relaxing. Listen to the narrator teach you about horticulture around the world and how Epcot has it's own farm with its produce served in the Garden Grill Restaurant. Your kids will learn while having fun - the best way to teach!
The great thing about Living with the Land is it's a nice break from the hectic park as you take the slow cruise through the lovely greenhouses and spy funny looking produce as well as some you'll definitely recognise.


Here in Florida, we have something special we never enjoyed at Disneyland... the blessing of size. There's enough land here to hold all the ideas and plans we can possibly imagine.


Soarin' Around the World

Despite not liking heights Soarin' is one of my favourite rides at Epcot. While sitting in a seat you're raised above the ground and fly through the world. Now Soarin' has changed since I last visited, it is now Soarin' Around the World and I have yet to see it but I am excited to do so.
What I love about Soarin' is that your feet are completely off the ground, in fact they hang in air as you fly around the world. It's the perfect way to give them a rest and they're not even resting on the ground.
In the new Soarin' Around the World you get to see amazing landmarks like the Great Wall of China, fly over sailboats in Australia's Sydney Harbour and marvel at natural sights like Iguazu Falls in South America. Be sure to book your fastpass+ for this ride, it gets very busy and unless you like queuing for hours the fastpass is the way to go.

Journey Into Imagination with Figment

This is a ride for the little ones, the older kids and teens in your party might get a little bored with this, but it is a great chance for a sit down. Climb on board a carriage and watch as Figment takes you on a trip to teach you about the 5 senses - a great learning opportunity for the little ones. There's a song too - and it's one you'll leave the place singing! 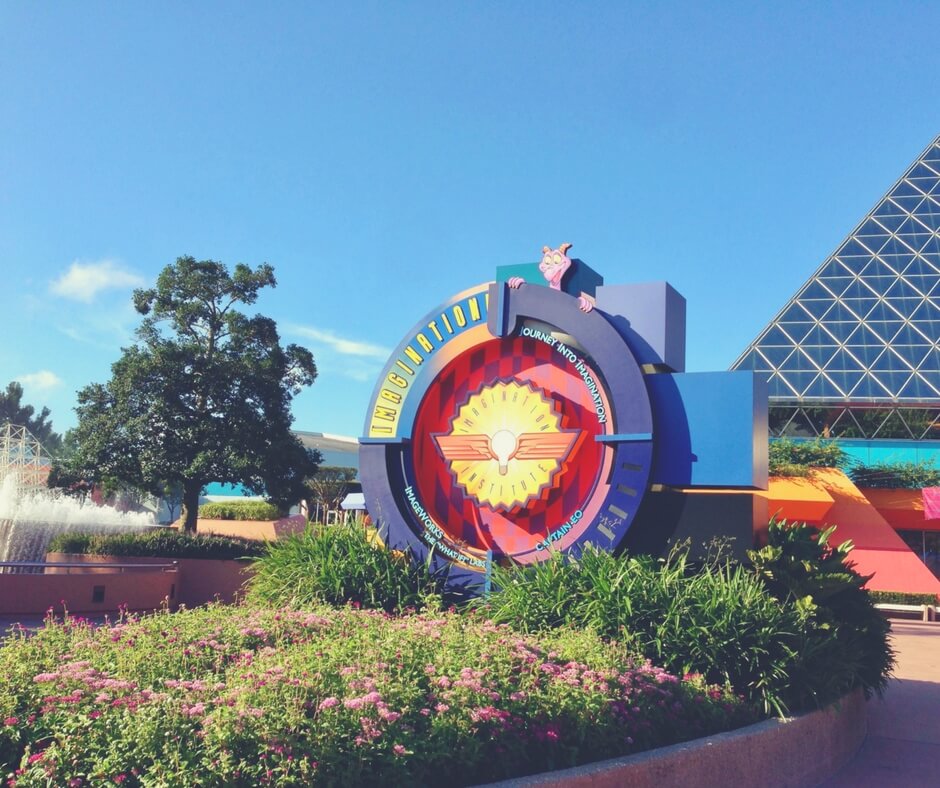 Despite us having a teen (BP - 13) and an older child (LP - 9) we'll still ride Figment. I love the little dragon and the song sticks in my head, but to be honest it's more about nostalgia. I took BP on Journey Into Imagination when he was young, probably around 5 years old, LP first rode it when he was a baby, just over a year old, and they were both amazed by the little purple dragon. Even if you aren't interested in the "kiddie" rides, it's a great chance to sit down for a while!

World Showcase is where you'll do lots of walking, there's 11 different countries to walk through with plenty of things to see.

But if we can bring together the technical know-how of American industry and the creative imagination of the Disney Organization - I’m confident we can create right here in Disney World a showcase to the world of the American free enterprise system.

In the Mexico area there's a great boat ride for you to rest on, Gran Fiesta Tour Starring The Three Caballeros. Inspired by the 1944 Disney film The Three Caballeros you follow the three amigos around Mexico as they search for Donald Duck - but will they find him in time for the big celebration at the end? 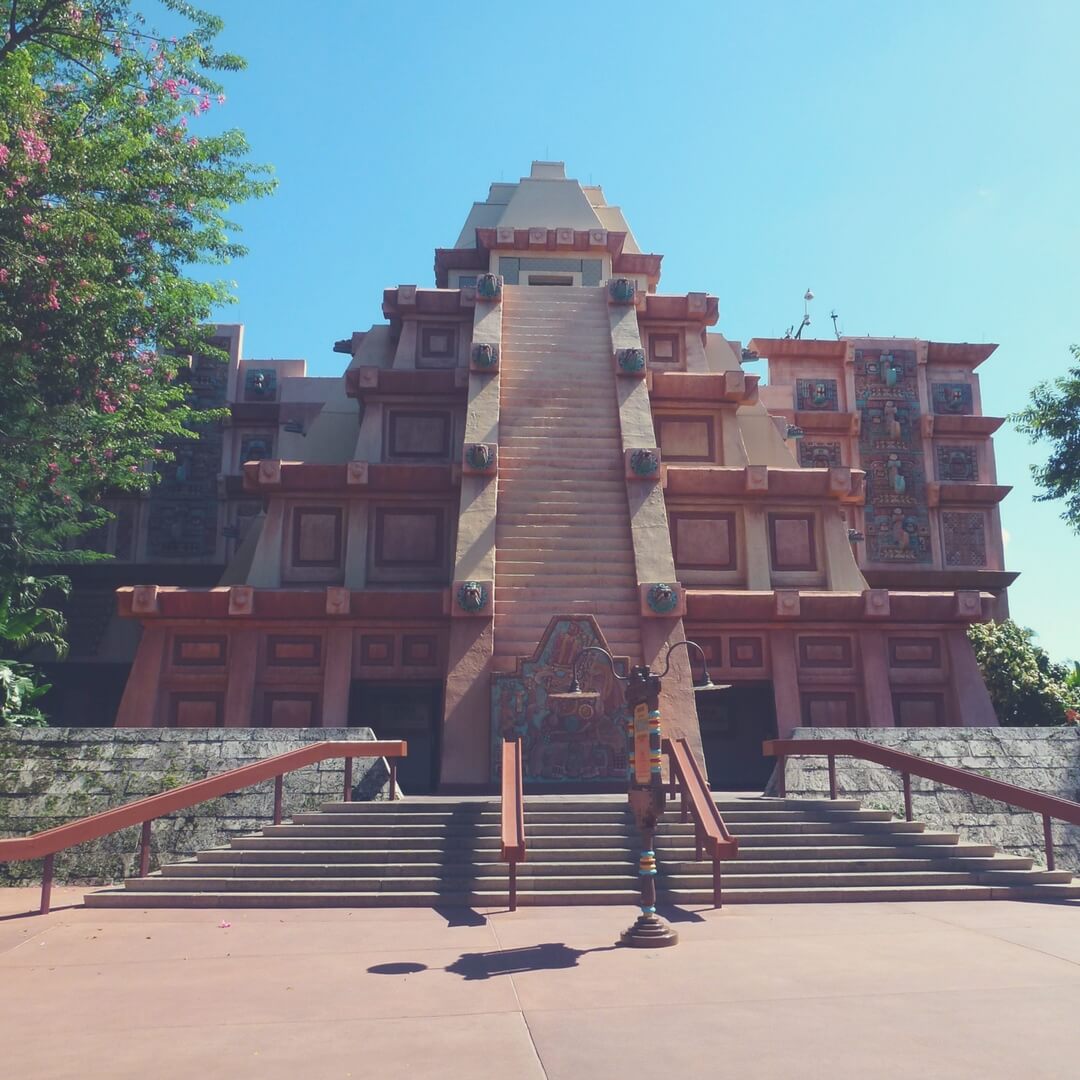 It doesn't last very long but again it's a good chance to get away from the hectic park and floating in a boat is somehow relaxing, even in Walt Disney World. 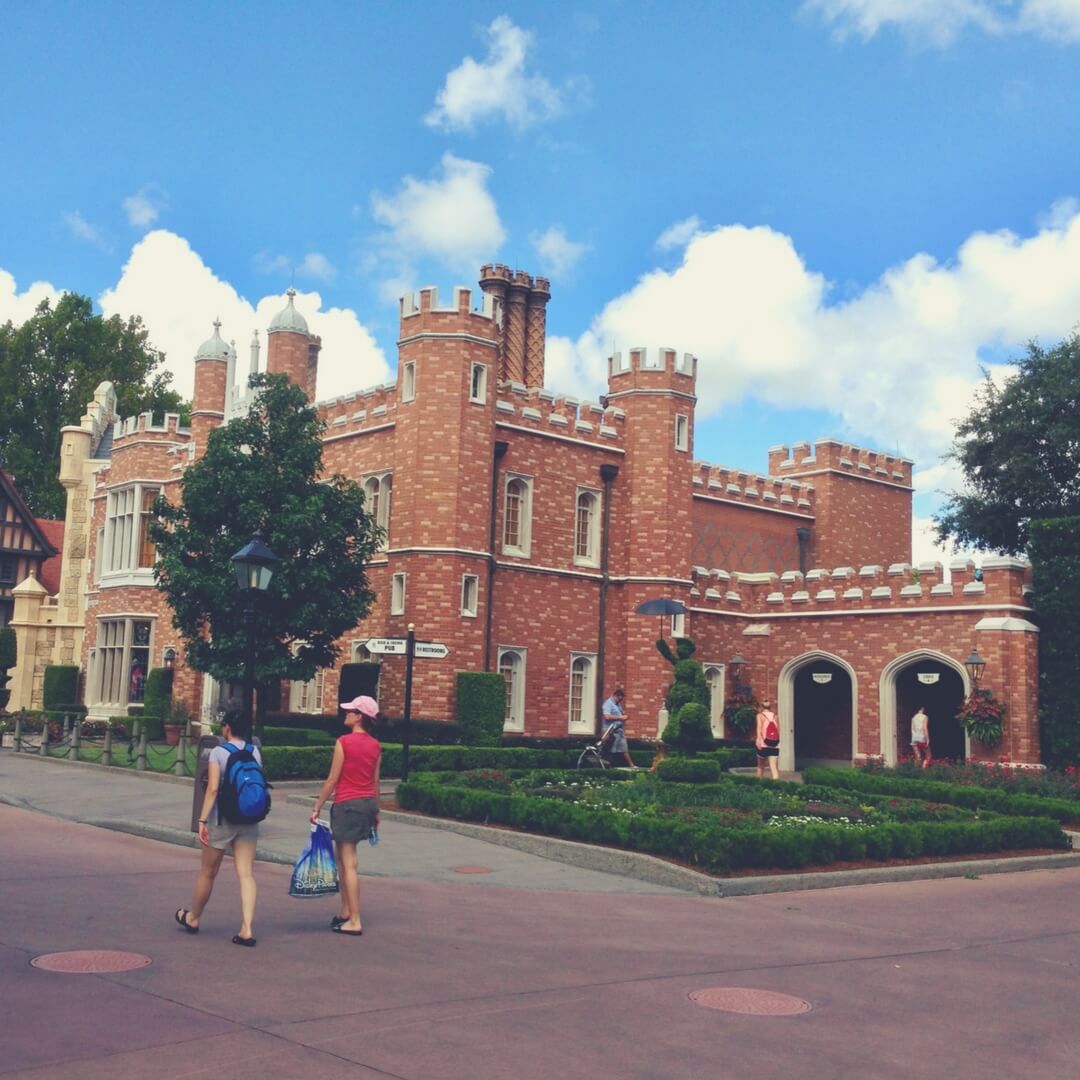 This is one of my favourite entertainment shows in Walt Disney World, it's especially good at night. When Epcot is open late (extra magic hours) the Hubby and I have a night out without the kids (thanks kids club!) and we have a routine sorted. We grab a baguette from France, chips from the nearby fish and chips stand, and eat our dinner while listening to the awesome rock music. The show is 30 minutes long, it's recognisable music, and the enthusiasm of the entertainers is infectious. One not to miss!

When timed right, or using fastpass+, you can get much-needed rest throughout the day. We spend hours at Epcot and knowing the places to go to rest is so important. There are benches around the park but they're often being used, but there are plenty of places you can just sit on the floor - but be careful, it may be hot! 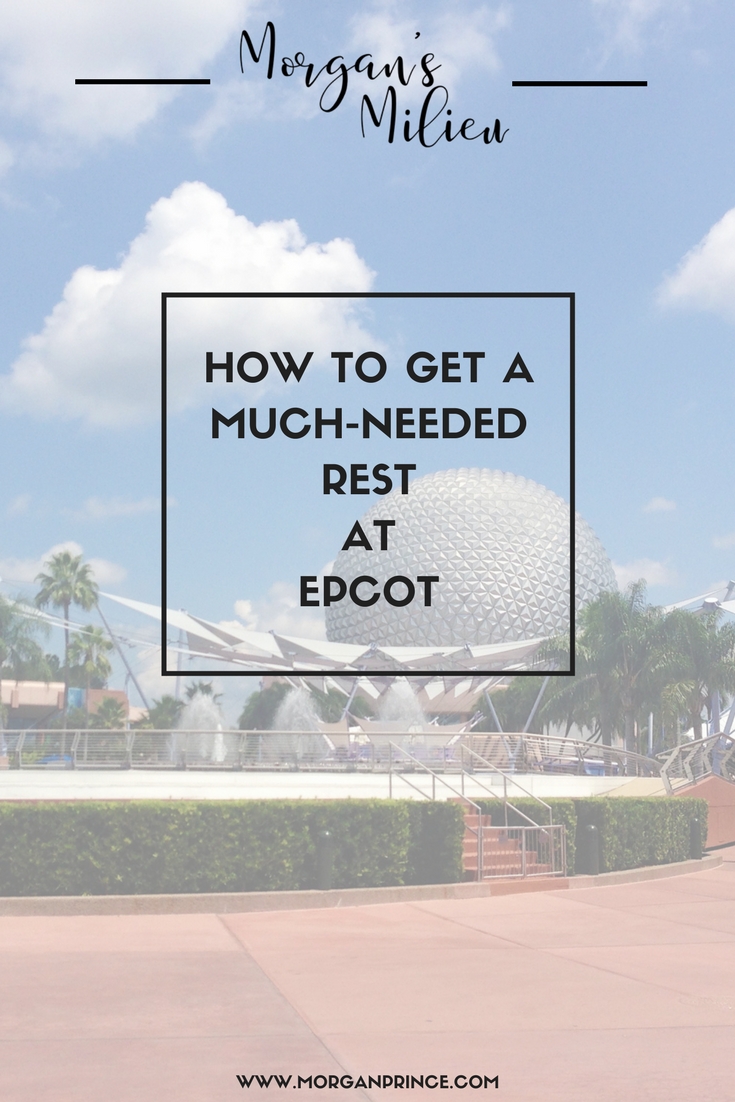 To read more posts like this and receive top tips and aids to help you plan the most magical holiday enter your email address below.

How to get a much-needed rest at Epcot