I'm Pregnant And My Toilet Seat Is Turning Blue! What's Going On? 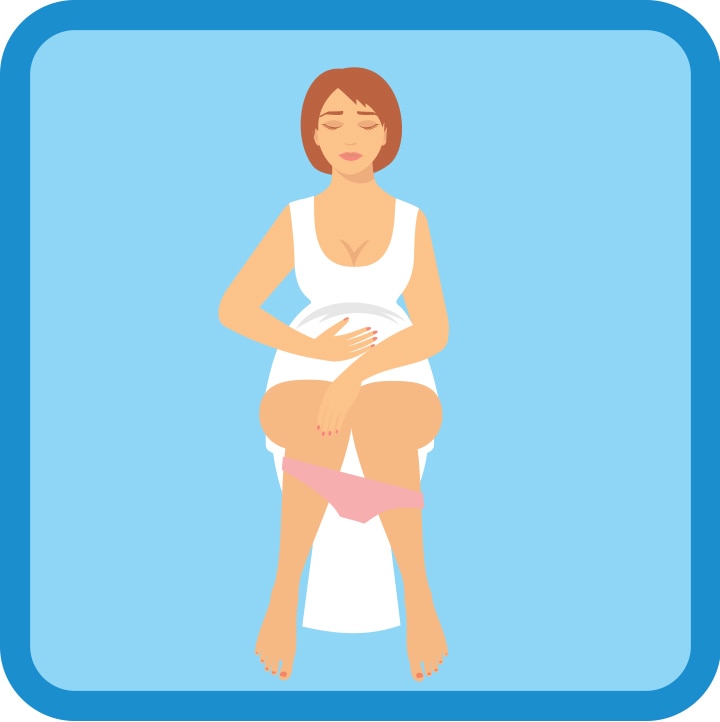 We’re all aware that being Pregnant at times is freakishly like being in the twilight zone. Our body undergoes strange transformations that can alarm even the most sangfroid of us – from stretch marks appearing in areas, you didn’t possibly think could stretch, to discharges and, of course, night sweats.

It’s Me – Chapter 12
Sex on Your Period – Reasons to Do It
What Will Happen to Flash Games?
Interview with the legendary comic bo…
Best Manual Coffee Grinders to Boost …

However, this bizarre new phenomenon is probably the most peculiar bodily transformation we have ever recounted during those fateful nine months. Ever.

Across the internet, swarms of women are asserting that their being pregnant caused their Toilet-seats turning a hue of blue. Mind blown. And hold up Sherlock, this isn’t a case of them mistakenly sitting in blue ink or some strange coincidence of color seeping through blue jeans. This is because their now pregnant skin is for some reason physically renovating their toilet seats to another color.

As you could probably agree, this situation isn’t one widely reported and discussed because, for a lack of better phrasing, pregnant women cannot be sure if they’re losing their minds. Not only do pregnancy hormones make us question our sanity constantly, could you really imagine slipping this little gem of information, casually on a night out? “Oh, what’s been up with me? Yeah, this morning I sat upon my toilet and it began to turn blue! Don’t you just hate when that occurs?”

However, thankfully, some courageous souls across the World Wide Web finally braved the thought of being informed they were, well insane, and shared their pregnancy blue toilet seat stories, allowing a lot more women to open up about their blue toilet seat experience and rejoice in their not being alone. This one mom happened to post on Reddit from nearly a year back, “Has anyone here turned their toilet seat blue? I just realized last night that our toilet seat is now a lovely blue/purple hue. After some googling, apparently, this is something that happens to pregnant people?? Please tell me I’m not alone in this!!”

Scores of pregnant women joined this thread purporting the exact same grievance, or citing someone they knew who had inadvertently turned their toilet blue as well. To quote one helpful woman, “This IS a thing! Some people think it’s due to unwashed maternity pants, but it has happened to women that do not wear any pants it would apply to.”

So what’s going on? Why oh why is pregnancy producing blue toilet seats? Some believe it could be due to a possible chemical reaction between surface chemicals or hormones secreted through a pregnant woman’s skin and the material constituting the toilet seats. One particular woman made the observation that this phenomenon only seemed to occur when she utilized a padded, soft white toilet seat. Hard toilet seats did not produce the same reaction.

According to another theory, it could possibly have something to do with a dye or ingredient inside prenatal vitamins. One mom, Jeannie Bruce declares that she too noticed her toilet seat change color when she was pregnant and posed the question to a physician, who informed her it was due to a specific prenatal vitamins brand that she was prescribed to at the time. Bruce claims the moment she switched brands it stopped occurring.

Another pregnant woman by the name of Kayla happened to write of this instance in her blog. She even called her doctor’s office to solve this mystery and when a nurse was done laughing she informed Kayla that this had to be the strangest question she had ever been posed in her career. However, it’s pretty clear that Kayla, and several other soon-to-be mommies, have been looking for an answer to their crazy predicament.

If you’re looking to be free of this new blue shade upon your toilet seat, then according to other mothers who have experienced your pain, the ‘Magic Eraser’ should be your go-to solution. For the time being, let’s just chalk this incident to another bit of crazy things in your life due to pregnancy. That list just never gets old.

The post I'm Pregnant And My Toilet Seat Is Turning Blue! What's Going On? appeared first on MomJunction.

I'm Pregnant And My Toilet Seat Is Turning Blue! What's Going On?