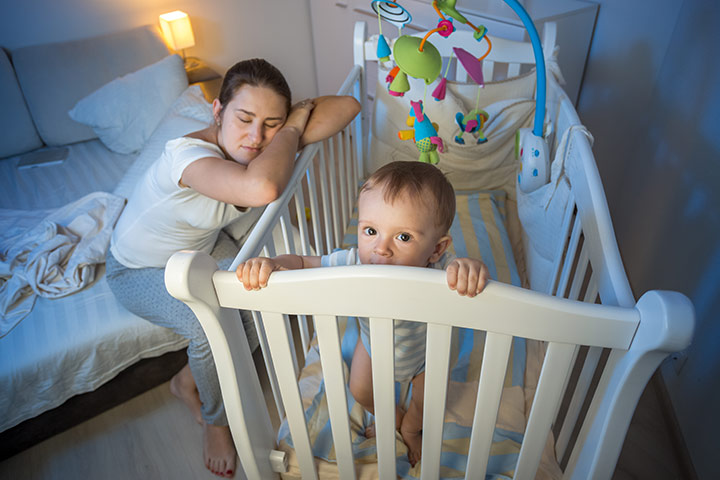 When the gadget is in their hands, babies just don’t know what’s happening around them. They are simply immersed in a fantasy world. I am so shocked and surprised to see babies as young as 12 months using a Touchscreen.

The dexterity and intelligence with which they use the gadget simply amazes me. Unfortunately, touchscreens are causing more harm than you may have thought! But, screen time is something which the current generation kids can’t live without. Whether it’s a tablet, television, or smartphone, you just can’t keep them away from your kids.

Numerous studies indicate the harmful effects of touchscreens on babies. And while the list is long, your baby not sleeping at night just tops it! This recent study done by researchers at Birkbeck, University of London and King’s College reiterates the same.

715 parents were surveyed about their child’s usage of touchscreen and sleep patterns. The study showed that babies who are exposed to touchscreen slept less at night. They also took a longer time to fall asleep at night. And in spite of sleeping for more time during the day, their overall sleep time was less. Every additional hour spent on the touchscreen during the day led to 16 minutes of less sleep on an average during the 24 hours.

The study also indicated that 75% of the children in the age group of six months to three years were using touchscreen daily, and it increased from 51% for six to eleven months babies. For those between 25 and 36 months, it was 92%.

However, a previous study from Birkbeck found that excessive use of the touchscreen is linked to increased development of motor skills. So, that’s a teeny weeny advantage there of exposure to Touch Screens.

Dr Tim Smith from Birkbeck said, “These results indicate that the popularity and accessibility of touchscreen devices have led to high levels of usage by babies and toddlers, and this is associated with reduced sleep. Future research is now needed to build on the initial study to try and understand whether touchscreen use is causing sleep problems and how the usage types may mitigate these risks.”

Here is how screen time is affecting your child:

Having said that, as a mother I know how tough it is to keep kids away from screens. So, what you can possibly do is limit the exposure to touchscreens and ensure that they are learning something meaningful. Avoid games which overstimulate their brains. You could take away the phones for a while and take the baby out instead. Get them to play so that they get tired and sleep well! Remember, babies below two years of age should not be exposed to touch screens.

Tell us how you try keeping your kids away from touchscreens? Other mothers might benefit from your experience.

The post Don't Take It Easy If Your Baby Is Not Sleeping At Night appeared first on MomJunction.