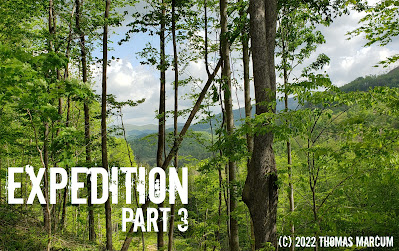 Day 3 of our expedition took us to a different, but familiar to me, location. While I know the area has had Bigfoot activity in the past, our main goal this day was to find some specific tracks fit for casting.

The Mysterious and Majestic Atacama D…
Thinking on whether or not you should…
30 Epic 50s Hairstyles for Men That A…
Crime Tourism: Bringing Burglary Crew…
Save Cost And Time With This Guide On…

In fact, this area was very near to where I have my first bigfoot encounter when I was in my teens. Of course at the time I didn't know what it was but I figured it out years later. This day, we were looking for signs of bigfoot, but also looking for certain tracks for Guy's growing collection of castings.

This area was largely an uphill walk for most of our outing. In years gone by this was an area where I had found several stick formations and an odd bed type structure made of sticks. I never felt like there were many bigfoot in this area, but felt there might just be a loner or one that just passed by from time to time. There never was consistent activity but this was just a small part of a much larger mountain.

This area was one that I knew had some tracks that Guy was looking to cast and add to his collection. We were on the hunt for some elk and bear tracks. Of course, along the way we looked for bigfoot sign and done some Bird watching. 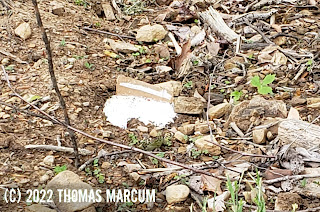 We found some old elk tracks and followed them for a fairly long way. Then we ran into some elk tracks that were much fresher and scouted for one that had some detail and not just a big blob in the ground. We found a deep track that would work good for casting. Guy mixed the plaster and poured the track full. I knew elk was in this area as I had seen tracks for the last few years in this area and captured one on game camera.
We knew it would take some time for the track casting to cure so we went ahead and had our lunch and then scouted around some more.
We rounded a slight curve to the left, on the side of the mountain and was greeted with an awesome sight. A hawk was flying just a couple feet off the ground and very near to us. It had a small bird in its grasp. If I remember the name correctly it was a Cooper’s Hawks, which is a bird eating machine as Guy put it.
We were also on the search for some nice black bear tracks. We found two very nice, very detailed front paws for a black bear. Guy once again mixed up the plaster and poured the tracks. We had some more time to kill, so we ventured out a road looking for tracks and bird watching. We saw many birds, including a nesting part of Red-winged black birds.

During this outing we also found what is most likely a wolf track. I have found several over the last couple of years. I know people say we don't have wolfs here but they are wrong. I know of one person who recently seen one. This track, and there were several of them, measured around 5 inches across and 5 inches long, much too large for a coyote. The tracks were a bit old but still retained some detail. We made a plaster casting of this large track.
Here is a comparison chart of tracks...it is pretty clear this large track is not a coyote or house dog. 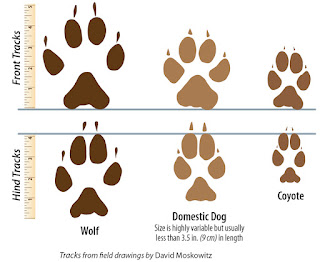 We finally made it back to the truck and gathered all the track castings. We had 2 black bear front paws, a raccoon, an elk, a bobcat and a potential wolf track. And we had seen a host of bird species that included Cooper’s Hawks, Cedar waxwing, Red-winged Blackbird, Scarlet Tanager and more!
It was a great outing even though we didn't encounter any noticeable bigfoot evidence we did get several of the castings that were on Guy's list.
Oh and Pokeweed is up good...which by the way is poisonous but loved by many of my southern brothers and sisters. 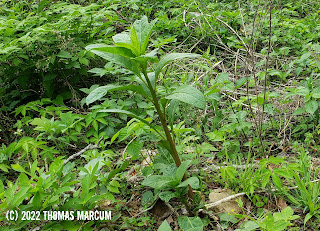 And watch for the next part. 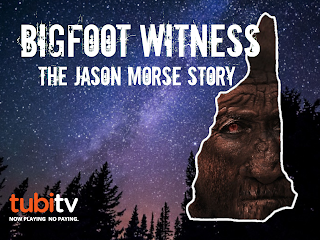 This post first appeared on The Crypto Crew, please read the originial post: here
People also like
The Mysterious and Majestic Atacama Desert: A Guide to Visiting this Unforgettable Place
Thinking on whether or not you should get into crypto? Read this!
30 Epic 50s Hairstyles for Men That Are Popular Again
Crime Tourism: Bringing Burglary Crews From South America To Affluent California Communities
Save Cost And Time With This Guide On Hiring Graphic Designers
The Friday Roundup – Lighting Tips, Drone Moves and YouTube
Is the earth intelligent, or is this something else?