Well, I have been putting off writing this post as I thought it might be too short and not contain enough information, but here it goes.

Approximately 1 and half months ago, my wife and I were traveling to Harlan. This was in the day time. We normally take the long cut, which takes us through the small city of Loyall. I call it "long cut" because it actually takes you a few minutes longer if you go this way, but you avoid a large hill (Sukey Ridge),and some traffic.

As we are on the corner, at the convenient store, I see 2 people come out of the store and head for their car. They start looking in the air...this alerted me. The man basically froze for a few seconds with his eyes fixed on this unknown Object. By this time they were standing next to their car.

When I seen the couple stop and start staring in the air, I thought to myself "what are they looking at?"

I glanced over in the direction they were looking and I saw it. At first I thought it was one of those potato Chip bags that have the silver foil on the inside of the bag, blowing in the wind. But I looked and there was no wind blowing as the near by trees were not moving. This was on a day when it was rather warn for this time of year.

As I continued to look at the object, I could tell it was not a Chip Bag as it was moving very smoothly, in a straight line, over the river. It was orange/yellow with some silver on it. The object was not very big, maybe about like a medium size chip bag. What was kind of weird was that the corners of the object looked odd. The object was basically square but each corner was kind of stretched out, much like a sewn pillow. It was like the corners had been pinched and stretched out a little and the center was rounded on top and bottom.

My next thought was that this was some kind of drone, but if it was it was the oddest drone I have ever seen. I tried to keep an eye on the object but of course I was driving and the trees ended up blocking my view.

I have thought about this object many times, trying to figure out just what it was...that might be another reason why I put off writing this up.

Whatever the object was, it seemed odd and out of place.

Well, that is my little story of what I saw that day. I don't even think my wife saw it as I was probably blocking her view as I leaned forward. 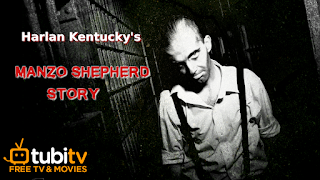 This post first appeared on The Crypto Crew, please read the originial post: here
People also like
11 Unforgettable Things to Do in Belize — Important Tips & Places to Stay
The new iPhone 14 series launch date out: check when it is being released
Beard Bib – Solution For Messy Grooming
The Friday Roundup – Creating and Optimizing GIFs Plus D.I.Y. Reflectors
Bodycam Video: Arizona Police Shoots A Man After Mistaking His Vape Pen For A Weapon
Do humans matter? Do you think you really matter?
NQ64 Arcade Game Bar to open in Glasgow
Stop Paying Extra. Learn How To Hire Laravel Developers For Your Project