“Paul Is Dead” is an urban legend and conspiracy theory alleging that Paul McCartney died in November 1966 and was secretly replaced by a look-alike.

Dozens of supposed clues to McCartney’s death have been identified by fans and followers of the legend. These include messages perceived when listening to songs being played backwards and symbolic interpretations of both lyrics and album cover imagery. One frequently cited example is the suggestion that the words “I buried Paul” are spoken by Lennon in the final section of the song “Strawberry Fields Forever”, which the Beatles recorded in November and December 1966. Lennon later said that the words were actually “Cranberry sauce”. 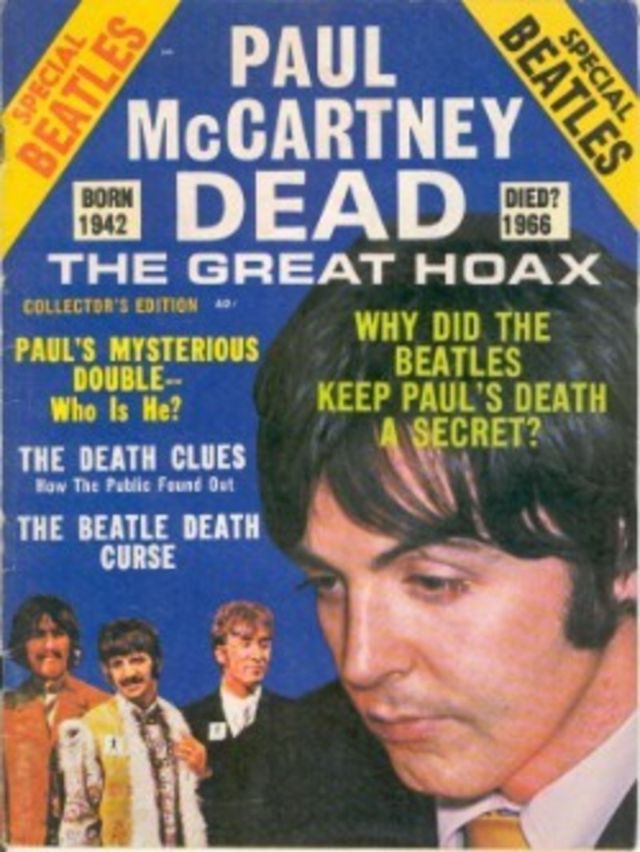 In September 1969, a rumor of McCartney’s supposed death began spreading across college campuses in the United States. The rumor was based on perceived clues found in Beatles songs and album covers. Clue-hunting proved infectious, and within a few weeks had become an international phenomenon.

Slave, thou hast slain me. Villain, take my purse.
If ever thou wilt thrive, bury my body
And give the letters which you find’st about me
To Edmund, Earl of Gloucester. Seek him out
Upon the English party. O, untimely death!
Death!
I know thee well: a serviceable villain,
As duteous to the vices of thy mistress
As badness would desire.
What, is he dead?
Sit you down, father. Rest you.

The chanting at the end, when played backward, reveals the chanted phrase “Paul is dead! Ha ha!”

The Beatles (known as “The White Album”)