Victorian Postmortem Photography: The Myth of the Stand Alone Corpse

Victorian postmortem photos did exist, no one denies that, however, they were never taken in a standing pose using a stand. It was impossible to take a life like standing postmortem Photo, especially using a posing stand. The posing stand could never support the weight of a corpse, even a child, and they were never made to hold a person's weight. A corpse in rigor mortis could not be posed and, a corpse not in rigor would be limp and heavy. The subject could not hold its own head and arms up, nor could it support it's own weight on its feet with the help of a stand.

Posing stands were ONLY used to help a person keep still during long shutter exposures that could last up to a minute. Victorian postmortem photos were always taken in a reclining position, either leaning back in a seated position or lying flat. You may find some of children sitting in a parent's lap, but they are never photographed standing or sitting up straight on their own. For some good information on how the posing stand was really used visit this website.

Although they've been identified as dead on many websites, no one from these images is deceased. 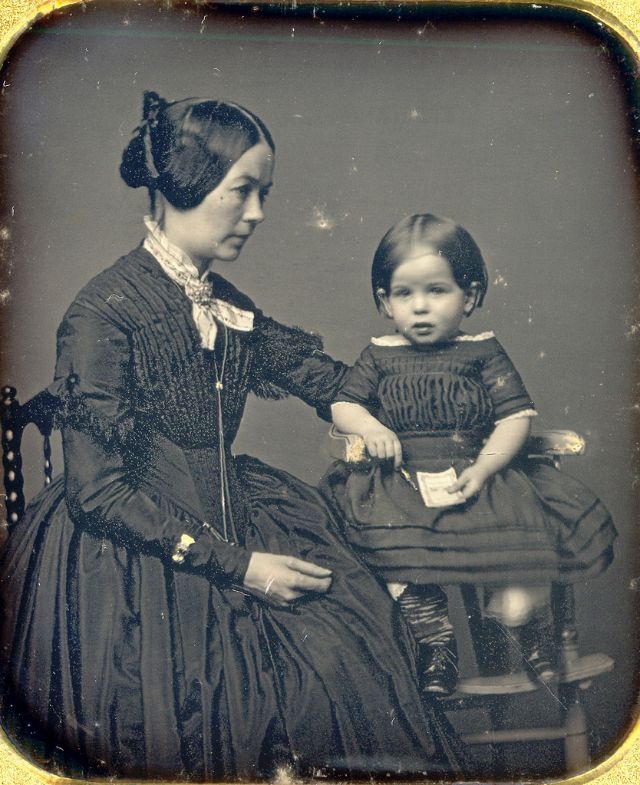 This little girl look anxious about having her photo taken but she is not deceased. She is even holding some money in her left hand. It was probably given to her to calm and distract her during the photo session. You can also see a large motion blur on her left foot. She was definitely alive. 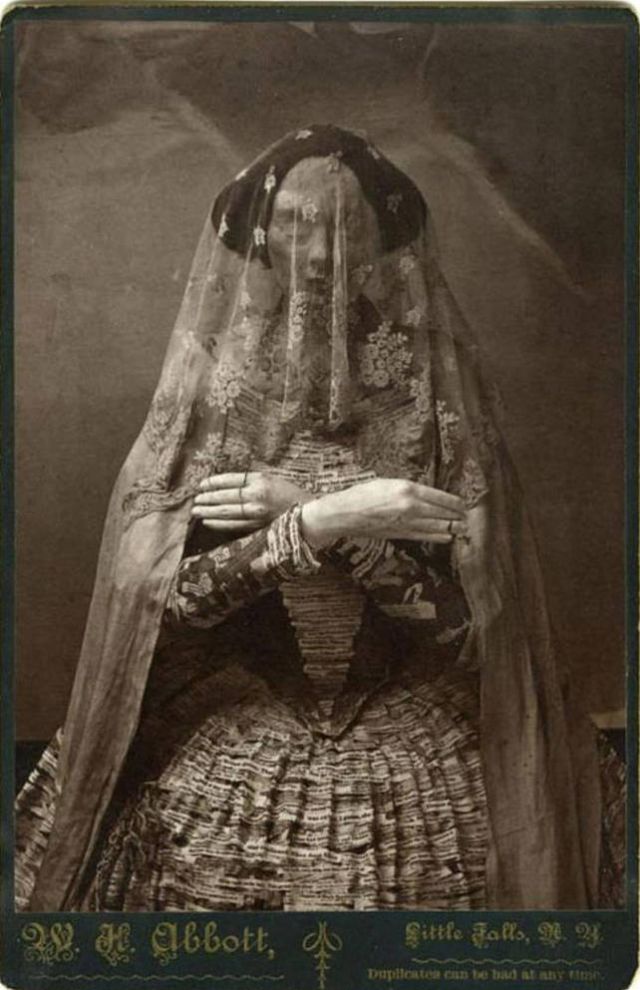 Some say this is the corpse of a famous clairvoyant. However, it is a sculpture by Christine Elfman made of plaster and paper mâché. The dress is made of torn pieces of paper with the story of her family. Zoom and you can see the words. Not a postmortem. 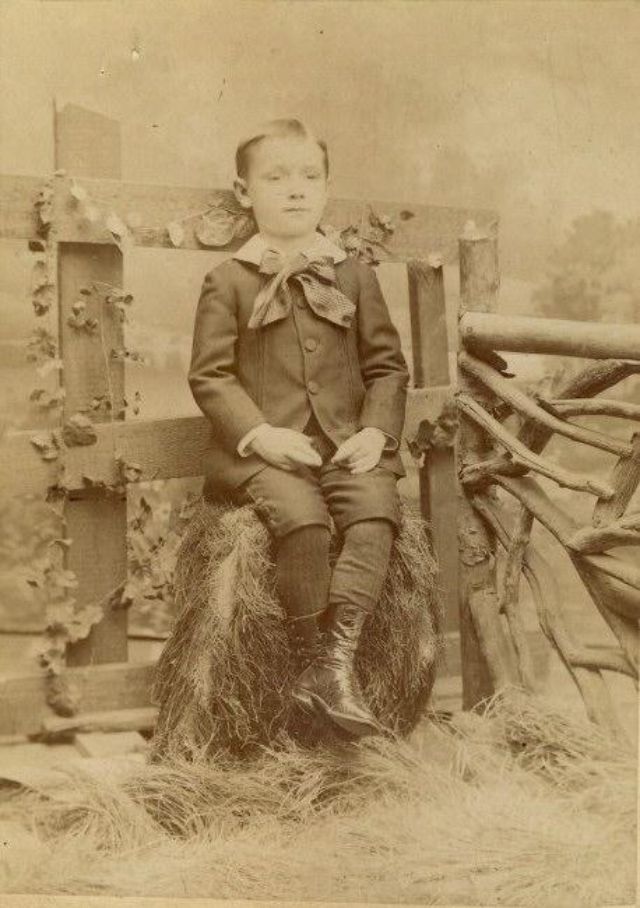 This is another one that mystifies us. We see nothing that suggests this boy was dead. He's alert, holding his head up, and looking at the camera.


4. Not Victorian, But Quite A Story 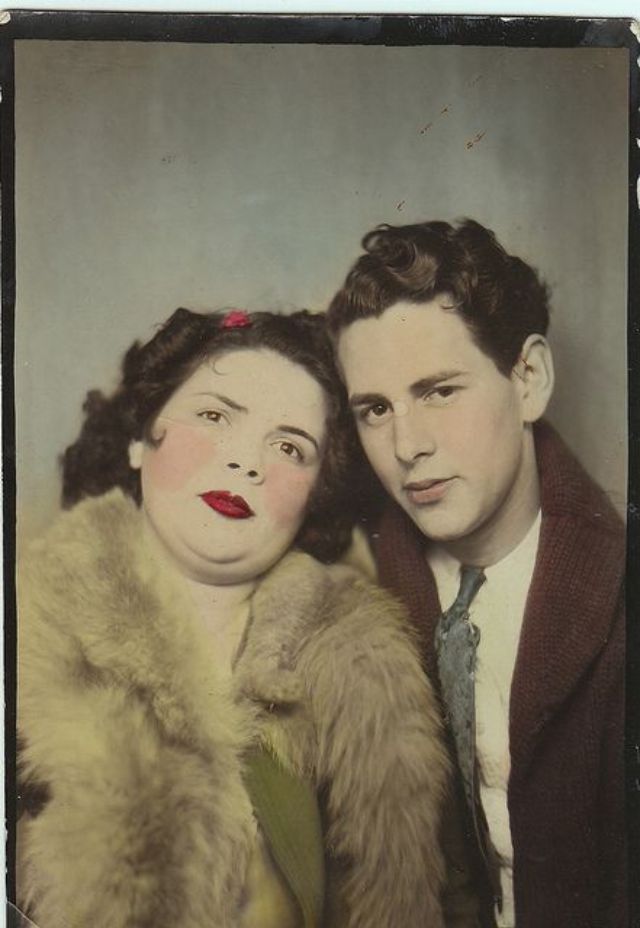 This couple was not Victorian, and they were not dead. Someone made up a big story about the woman being dead two days, and the man , being in denial, and having a photo made. It is actually a photo booth photo that has been tinted. 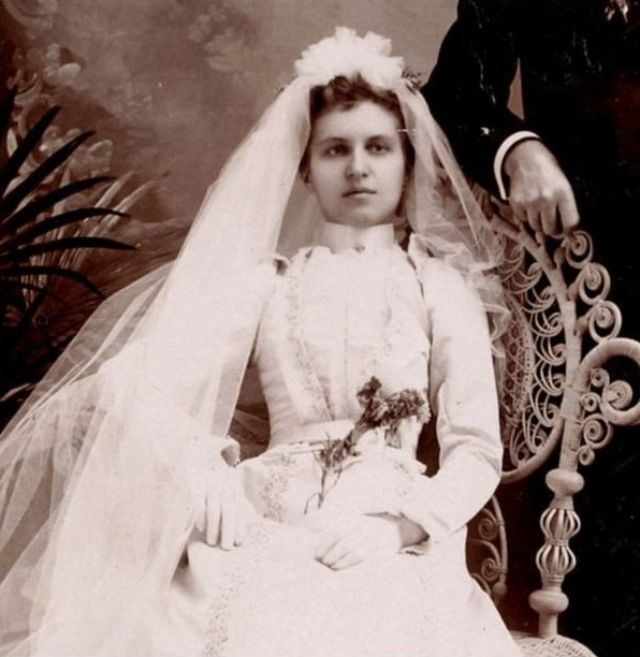 This bride is stiffly posed but she was alive, with her groom standing next to her. Her dried flowers do not mean death. They were an accepted embellishment, especially in the hot summer months when it was hard to keep flowers fresh.

Victorian Postmortem Photography: The Myth of the Stand Alone Corpse