Mixing Tobacco with Cannabis is a Bad Idea ! 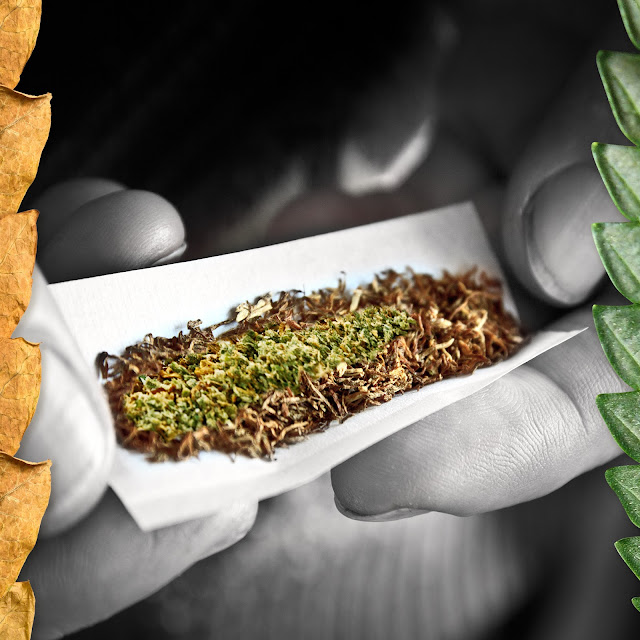 Many long time Cannabis tokers around the world have known that mixing Tobacco with Cannabis is a bad idea hence only smoke the herb in its purest available form. This habit of mixing Tobacco with Cannabis is more of a European thing and has become popular around the world thanks to the inclusion of Charas or Hashish in the smoking scene. Although Charas and Hash both can be smoked in their pure form, many prefer mixing it with some tobacco to make the joint burn smoothly or give the experience of fullness of smoke when smoked in a pipe(chillum). This habit of mixing tobacco makes us crave something to smoke even more. For many years I was mixing tobacco with cannabis and rolling my spliffs, justifying it for all the BS reasons possible. But the truth is that Tobacco is so addictive, however is legal, so there is less of a social stigma associated with it and since its easily available and priced nominally as compared to weed prices worldwide, most people mix it up, thinking its gonna make their stash last longer, however end up smoking way too much than one needs, if one was smoking it pure.


Its been a few months now since I quit Tobacco for good and life has been so different in all ways possible. From the time I wake up ... I noticed there was no craving to smoke like its been for so many years. Even switching to cleaner tobacco like American Spirit, Pueblo or Manitou ... may seem like a healthier option, however the nicotine cravings don't go away until you just stop mixing the two. So now, its just the pure herb in a glass pipe which helped me easily transition from being a heavy roller to an occasional toker allowing me to focus on more important things in life like staying healthy following a good diet and lifestyle.

I started cycling and within no time the focus quickly shifted from chasing hits and doobies to sweating it out and feeling more power in your being accomplishing more life enhancing goals. Any kind of physical activity which makes one sweat and exercise their complete body is the need of the hour. The feeling you get after a physical workout is beyond any other substance induced high. One can still toke Cannabis occasionally to relax and chill after a long day, taking power from a habit that has been draining us for many years. Cannabis doesn't have any harmful effect on the lungs and has been scientifically proven to actually increase lung expansion and breathing capacity while easing physical pain and calming things down at all levels of our being.

We tend to follow collective habitual patterns as we usually smoke socially in closed circles and groups and the habit is self perpetuating as long as we are hanging out in the same circles. Life is all about changes and once we make those shifts with our habits, we will start to notice how we've been foolishly wasting away a lot of precious herb, time and our health along the way. I've been intending to put this out there just as a reminder to any of you who are looking to make serious changes in your life by choosing differently. All we really have in this plane of existence is our physical being and we have the power and responsibility to improve the quality of our lives by simply choosing better options.

You don't really have to wait for your body to start showing you signs of discomfort and disease before you can make the switch to smoking pure herb. Just stop mixing the two and use a small glass pipe or any other pipe that's easy to clean and toke away just like old times when we held the smoke in for a bit, for a proper hit ! :D

Mixing Tobacco with Cannabis is a Bad Idea !