Have a Good Trip : Adventures on Psychedelics : Netflix Documentary

An interesting documentary film titled, "Have a Good Trip : Adventures in Psychedelics" is due to be aired on Netflix this May featuring many celebrities recalling their psychedelic explorations ... their hallucinogenic highs and lows ! :D 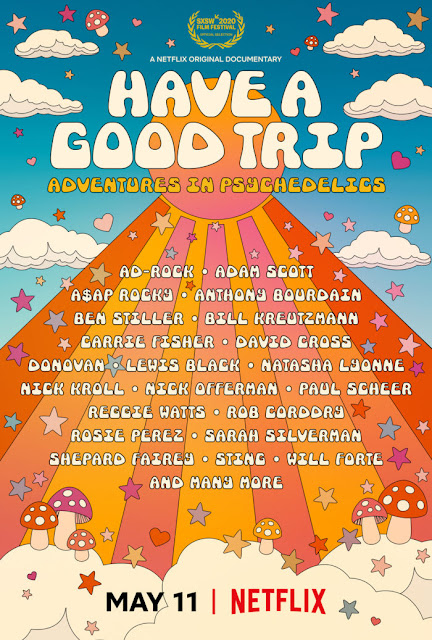 “The film tackles the big questions: Can psychedelics have a powerful role in treating depression, addiction, and helping us confront our own mortality? Are we all made of the same stuff? Is love really all we need? Can trees talk?”

The film was written and directed by Donick Cary and produced by Mike Rosenstein, Sunset Rose Pictures, and Sugarshack 2000.

Have a Good Trip : Adventures on Psychedelics : Netflix Documentary