Taking the Psychedelic Leap by Richard Haight : An Amazing Read ! 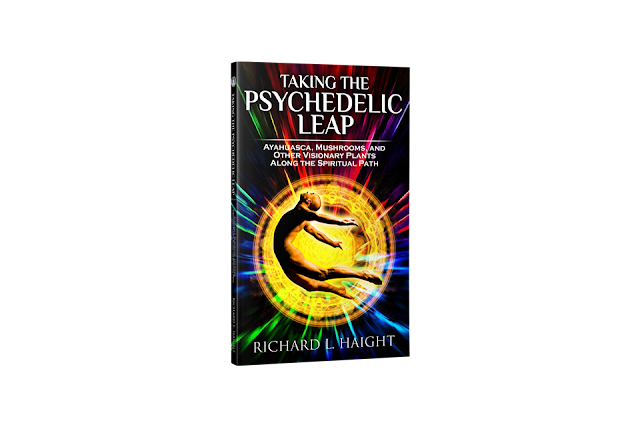 "Taking The Psychedelic Leap" is the latest rendition from the bestselling self-help author Richard Haight. I have only read the first few chapters and to be honest, this one brings a lot of deep, meaningful insights on the subject of psychedelic awakenings! The trials and tribulations of a powerful psychonaut dealing with all aspects of his being ... his own journey towards 'Oneness'!

Here is a short video of Richard reading the 'Introduction' to the book ...

“I’m a purist,” my teacher said. “I don’t believe that psychedelics are necessary or even useful on the path of awakening. I feel that it is up to me to awaken on my own.” He echoed my personally held belief exactly. We were discussing my upcoming trip to the Amazon, where I was intent upon partaking in an ayahuasca ceremony with an Achuar shaman.


Here is a gripping excerpt from the book ...

I quickly drank the liquid and ate the remaining mushrooms at the bottom of the glass, and then I headed back to the bedroom for privacy. Once seated in the bedroom, I took a moment to pray: “What is death? What am I not understanding about life? And what is still veiling my consciousness? Show me my remaining darkness.” 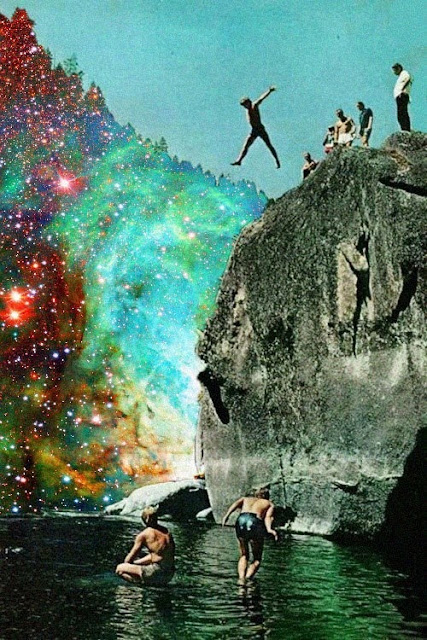 I thought I was happy …

Within minutes of sitting, I found myself in a deep, powerful silence. Energy seemed to course through my body, buoying it. It was a great feeling to start my first psilocybin trip, I thought. The buoying feeling didn’t last long, however. Within just a few minutes, the experience took an uncomfortable turn. I began feeling a bit sick to my stomach. I assumed it wasn’t serious, so, at first, I ignored it, attempting to go further into silence.

The nausea rapidly escalated, so I dove deeper into meditation, hoping it would relieve my stomach. Before long, I was forced to choose between throwing up in my bedroom and rushing to the bathroom. I rose from my seated position on wobbly legs and staggered into the bathroom for release, purposely neglecting to tell my wife of my precarious situation.


I positioned myself at the toilet for a time, but nothing came up. After waiting for a few minutes, the pressure in my stomach began to subside, as I felt a gurgle in my bowels. I realized that the tea had taken a turn south, so I quickly repositioned myself for a different explosion. Although I had the feeling that I was about to blow, and the extreme discomfort that entails, the release didn’t come.

While sitting on the toilet, a chill came over my body, which began shivering. Taking the risk of blowing out all over the floor, I rose to turn on the bath water, in hopes of warming myself. About the time the bath filled halfway, the chills turned to profuse sweating as my body temperature soared.

It was a cold winter evening, and the bathroom temperature was about 50 degrees Fahrenheit, but at that moment it felt more like 120 degrees. I hurriedly stripped off all my clothing, turned off the bath water, and laid myself down on the cold ceramic floor to cool down. It felt so good—for a moment.

In an instant, my body took another turn to trembling cold, and to make things worse, I had to pee like never before, so I staggered back to the toilet and took wobbly aim. My body was so cold that I couldn’t relax enough to release. It was as if someone had locked it and tossed away the key. It hurt badly.

It then occurred to me that maybe someone had made a mistake and accidentally mixed some poisonous mushrooms in with the hallucinogenic types. After all, little brown galerina mushrooms, which are some of the deadliest mushrooms known, commonly grow right next to psilocybin mushrooms. I began to panic.

Fortunately, I’d carried a pen and some note paper into the bathroom with me in the event that I needed to write something important. With shaking hand, I managed to fumble my way through “I think I ate poisonous mushrooms, please tell this to the doctor!” I set the paper down and decided to wait a bit longer before calling out to my wife. I didn’t want to take a trip to the emergency room for no reason, after all.
Suddenly all three exits warned of release, so I abandoned the pen and plopped myself back onto the toilet seat. I picked up the little trash can that sits next to the bowl and placed it on my lap to throw up into. There I was, a grown man, naked, shivering, and literally begging for a triple explosion, with my head buried in a wastebasket. My entire nervous system was so hyped up that my skin hurt to touch anything, even lightly. My breathing was labored, my pulse was racing, and my head throbbed unbearably.

I had a sudden third-person image of myself looking like a sagging question mark, and I realized how ridiculous I appeared in that moment. I thought, “I’m in really bad shape. Maybe I should call out for help ... no ... I don’t want to bother her. I’ll pull through as soon as I purge. I just need to get this out.”

Suddenly my temperature rose again, and my pores covered my body in slippery sweat. In panic, I called out to my wife before I swooned off the toilet onto the cold tile floor, half-conscious. Suddenly, my mind began spinning, faster and faster, as if I were trapped in some insane amusement park ride. I closed my eyes hoping to center myself, but that only made things much, much worse. Try as I might, my eyes refused to open again. My stomach, bowels, and bladder all ached for release, but I no longer had any control over my body. I realized that I was about to release on the floor and … on myself.

Desperately, I attempted to call out to my wife, but my mouth refused to follow my intention. My tongue felt like a dry twig in my mouth, a sign of severe dehydration. I couldn’t move, felt dehydrated, and was at risk of hypothermia, too, if I didn’t warm up soon. The knowledge I had from the survival courses I had taken told me that death was a real possibility in this situation. An image flashed in my mind’s eye of my dead body, naked on the cold tile floor, my partner just outside, none the wiser. Somehow I had the impression that I had been tricked into this precarious situation.


You can get the kindle edition of the book here ! (It's only $.99 for a limited period of time!)

More about the Author : 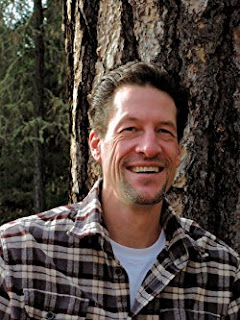 Richard L. Haight is an instructor of meditation, healing, and martial arts, and he is the author of The Unbound Soul: A Spiritual Memoir for Personal Transformation and Enlightenment. He began his path of awakening at age eight when he made a solemn promise in a vision to dedicate his life to enlightenment and to share what he found with the world. He took his first steps towards that promise at age 12 when he began formal martial arts training.

At the age of 24, Richard moved to Japan to advance his training with masters of the sword, staff, and jujutsu. During his 15 years living in Japan, Richard was awarded masters licenses in four samurai arts as well as a traditional healing art called Sotai-ho.

Throughout his life, Richard has had a series of profound visions that have ultimately guided him to the realization of the Oneness that the ancient spiritual teachers often spoke of. This understanding ultimately transformed the arts that he teaches and has resulted in the writing of The Unbound Soul.

Through his new book The Unbound Soul, his meditation and martial arts seminar, Richard Haight is helping to ignite a worldwide spiritual awakening that is free of all constraints and open to anyone of any level. Richard Haight now lives and teaches in southern Oregon, U.S.A.

Richard Haight explains that true spiritual enlightenment embraces all of life with deep aliveness, authenticity, innocence, and authority. It is what you are truly seeking.

This post first appeared on Psychedelic Adventure, please read the originial post: here
People also like
64 Awesome Things to Do in Costa Rica, Where to Stay, Know Before You Go
How come so many Christians don’t really know God?
Beard Bib – Solution For Messy Grooming
Bodycam Video: Arizona Police Shoots A Man After Mistaking His Vape Pen For A Weapon
Life Extension – Save on Premium Science-based Supplements + Free Shipping

Taking the Psychedelic Leap by Richard Haight : An Amazing Read !