Spotlight for your advantage 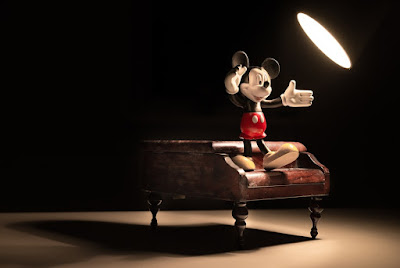 Why we regret?
Regret is not uncommon. We all have been there at some point in time. In fact some of us are there all the time! Not always, but on many occasions, we regret our actions and decisions because while doing those actions or taking those decisions, we hide from ourselves.
Sounds strange, but it’s true. We close our eyes and consciously ignore certain facts or knowledge which we have or which we know. For example, when someone is shouting in road rage, that person is consciously closing his / her eyes to the knowledge that such behaviour is unwarranted and leads to no gain and just loss. He / She is also closing the eyes to the fact that he / she would be projecting personality of a bad person. He / She is also closing his / her eyes to the self-understanding that he / she is angry because of having a bad conversation with the boss in office.
Throw a Spotlight on you
One of the possible solutions is to enhance self-awareness. This aspect is suggested, in different forms, across various theories, spiritual discourses, in religions and even in various concepts like mindfulness. Self-awareness makes one conscious of our own thoughts, behaviour, actions and decisions. In a way it makes us observe ourselves!
There is an effect known as Spotlight Effect. This is the effect because of which you think that each and every mistake of yours is being seen and analyzed by other people. This is not the case as people don’t pay as much attention to our mistakes as much as we think. E.g. if you have a stain on your shirt, you would believe that everyone around you has seen it. But in reality only few might have noticed it and those too might have forgotten about it.
As per Wikipedia: The spotlight effect is the phenomenon in which people tend to believe they are noticed more than they really are. Being that one is constantly in the center of one's own world, an accurate evaluation of how much one is noticed by others has shown to be uncommon.
However, the same effect can also be utilized in completely opposite manner i.e. for our benefit. To be self-aware, assume that there is a spot-light thrown over you. It moves with you, it’s sufficiently bright and it’s highlighting you in front of a large audience. Assume that you are on a stage, performing, it’s dark and thus that large set of audience is able to see only you, under the spotlight. Also, it is essential that the audience have people who matter! It can be your family members, your office colleagues, celebrities, your Gods or whoever you respect and care about.
Such a spotlight would make you self-aware of your actions and behavior. Yes, thoughts would still remain a challenge though. Now, imagine the same person in situation of road rage. If, before shouting, he / she switch that spotlight on, would he/she would be still doing that? It can also be used to become conscious of how you are sitting, what expression you have on your face, how you are sounding, how you are speaking etc. By the way, just for fun and avoiding boredom, you can keep changing colors of spot-light and its shape too!
What if it produces socially desired behaviour and not the ideal one?
This trick also carries certain risks that one might end up behaving in a socially desired manner and not in ideal manner. Furthermore, the person might become extremely conscious and may start behaving in a constrained manner and, in extreme cases, may become tense.
For example, in a particular situation, it might be best to stay silent. However, because of having the spotlight on you, you might end up speaking something foolish! This depends on the nature of spotlight you throw on yourself. If you keep it honest enough, you can manage with the most ideal behaviors coming out. There is a need to remember that spotlight doesn’t produce anything new, it only ensures that you are conscious enough to bring out right things!
Don’t overthink though
However, one should also avoid overthinking, just because one is under spotlight. Also, it’s a thin line walking the path of Spotlight Effect, and you have to be careful. Keeping spotlight switched on at all times, might trigger the negative effect, which is avoidable.
So, don’t let spotlight make you hesitate, but use it for getting the courage. Don’t let it make you feel embarrassed, but use it for doing right acts. Don’t let it make you anxious, but use it for grabbing the opportunity in front of you.
So, choose your act and switch the spotlight on! Remember, spontaneityneed not die, but can flourishes under the spotlight.
If you liked this article, you may also want to go through So easy to fake! and What matters- Intent or Outcome?

Spotlight for your advantage