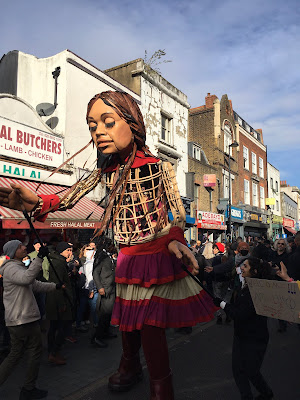 At least a couple of thousand people turned out last Friday (22/10/2021) to greet 'Little Amal' to Deptford: a 3.5 metre-tall puppet of a young refugee girl that has been travelling  8000 km across Europe from the Turkish-Syrian border. Created by the Handspring Puppet Company (famous for The War Horse among other projects), the puppet is the centrepiece of The Walk ' a travelling festival of art and hope in support of refugees'. Deptford was the first stop in London. 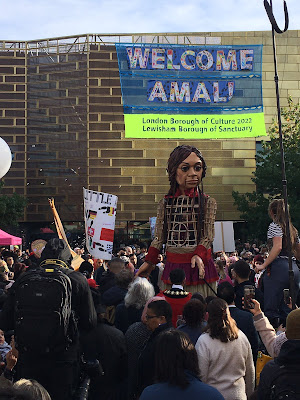 The procession made its way down Deptford High Street to Giffin Square, where there was something of a festival arranged by Lewisham as part of its 'Borough of Sanctuary' role. There was a big wheel, various art happenings, and stalls from local community groups such as Lewisham Refugee and Migrant Network and the Migration Museum (based in Lewisham shopping centre). 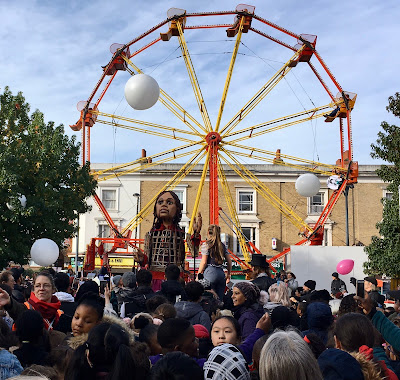 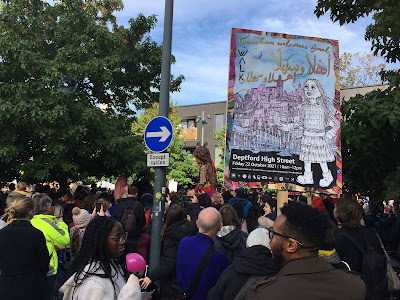 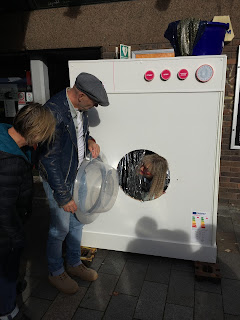 The celebratory atmosphere was in stark contrast to the political mood music last week with the Government continuing with its harsh anti-refugee bill. The hostile environment was highlighted on Saturday (23/10/2021) at Lewisham Hospital where Lewisham Refugee and Migrant Network along with hospital campaigners protested against the Government's punitive charges for migrants using the NHS.