Extinction Rebellion back on Blackheath - if not now, when?

Tags: blackheath camp extinction rebellion
August 29th 2021
View original
As part of this month's Extinction Rebellion 'Impossible Rebellion' in London, some supporters have been camping out on Blackheath, as they did in 2019 and as their Climate Camp predecessors did back in 2009. 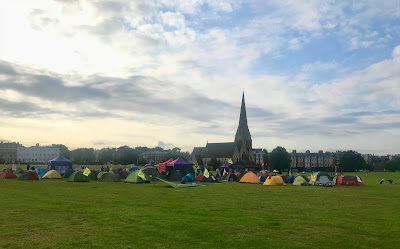 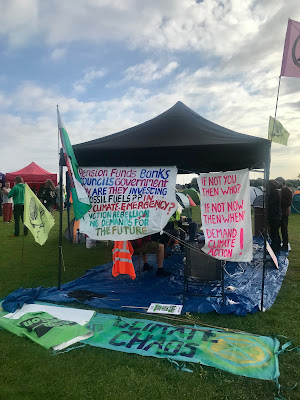 'If not you, then who? If not now, the when? Demand Climate Action' 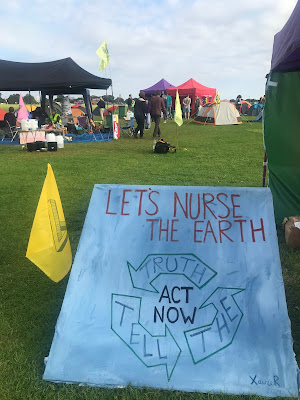 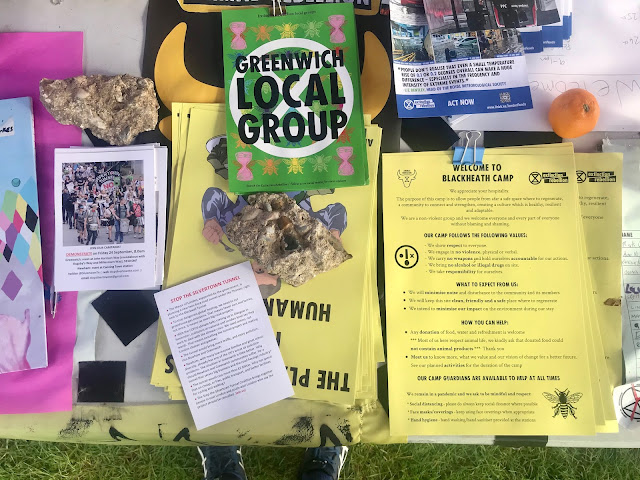 'Welcome to Blackheath Camp', a Greenwich XR leaflet, and a flyer promoting demonstration against Silvertown tunnel on 24 September. 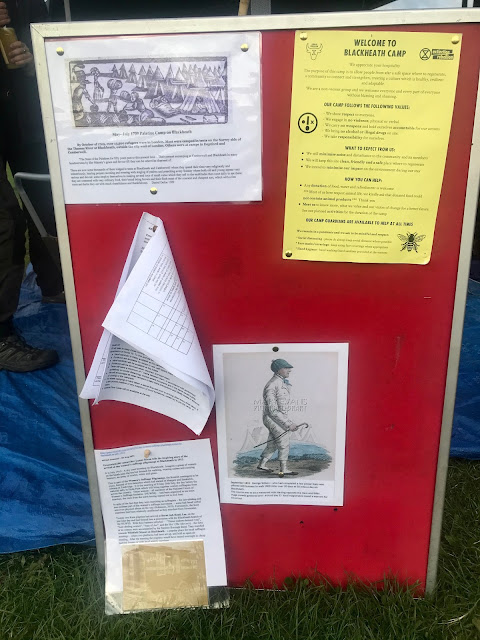 Noticeboard at site with some interesting local history details - the Palatine refugee camp on Blackheath in 1709 (German refugees from war with France); the Women's Suffrage Pilgrimage on Blackheath in 1913 and George Wilson, the 'Blackheath Pedestrian' whose attempt to walk 1000 miles on the Heath in 1815 was scuppered by magistrates. 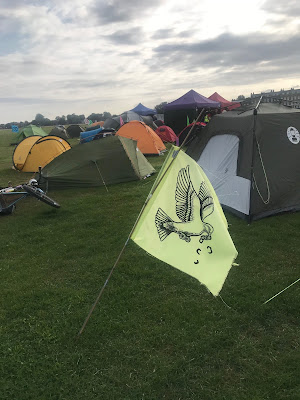 The camp on Blackheath and associated protests in London demanding action on climate change are expected to continue until end of week beginning 30 August 2021.

Extinction Rebellion back on Blackheath - if not now, when?