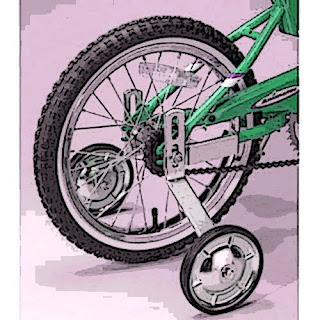 h a spiritual teacher I met, of all places, in my Toastmasters club.

Last night, one of the gals from the club hosted a dinner party, with several of the members as guests. At one point, I mentioned that I had been taking these courses with this man from our club. One of the guests, a fellow member, said he’d been curious about the courses this man is offering, but was concerned about whether the nature of this self-growth work would conflict with his religious Beliefs, as he was “very Christian.” I read “very” as fundamentalist. I perhaps fibbed just a little to say there was no conflict . . . the truth is, the goal of the work is to explore the beliefs that hold us hostage and prevent us from being all that our souls are meant to be. I went on to explain that this teacher holds no judgments about anyone’s religion, but that the work does necessarily cause its participants to explore the beliefs held by their families of origin, including religious beliefs, because certain limiting beliefs can and do come out of the teachings of many mainstream and Organized Religions . . . for example beliefs about gender roles and rightness and wrongness as absolutes. In the end, I recommended that he have a direct conversation with the teacher about his concerns.

The interesting thing to me was the nature of the question in the first place. I hear under it the expression that he is wanting more . . . but only as long as he doesn't have to give up those beliefs he’s been working so hard to cling to. (Cling to...hmmm...shades of Barack Obama? Not intentionally.) What occurs to me, though, is what a challenge that must be for so many people . . . this longing and wondering if there might be more, something deeper, a bigger understanding of ourselves and our purpose within the cosmos . . . which cannot help but bang into the shallow and/or fixed understanding that so many organized religions perpetuate as the answers to these seemingly unanswerable questions. This man also expressed that he'd had a somewhat negative reaction to The Secret and some of the other “new thought” messages that have been permeating our culture of late, but he wasn't really able to articulate the specifics of his opposition to their message.

Additionally, he mentioned a significant recent cultural conversation I had somehow managed to miss. It seems Oprah Winfrey has been reading Eckhart Tolle’s new book as part of her book club – and her enthusiastic embracing of Tolle’s message and beliefs are causing an intense furor among the middle-America Christian women who, apparently, have been the core of her fan base for all these years. This is GREAT news for me – because I’ve long believed that Oprah has had this enormous platform and wasn’t really doing much of anything with it. Well, I now stand corrected.

There’s a video running around YouTube right now (http://www.youtube.com/watch?v=JW4LLwkgmqA) that has 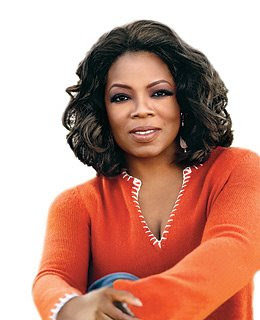 received 5.5 MILLION hits since it was posted 3 weeks ago – that is opposing (denigrating?) Oprah’s (and Tolle’s) beliefs and is whipping up the conservative religious folks into such a furor that they are ready for revolt. I think I might find the whole thing humorous . . . if they weren’t so blindly committed to their beliefs and completely unable to understand Oprah's comments at the level she means them. I don’t think she went so far as to call these believers “small-minded” or “short-sighted,” but she’s asking them to explore the limitations of Christianity as it’s been handed down to all of us who grew up in organized religions. What it comes down to is that these people are scared – scared to their cores that if she’s wrong about this, she might have been wrong about a lot of other things she has said and they believed because she said them . . . and simultaneously scared that if she’s been right about so many of those other things, she might be right about this. Wow – to have your faith so blatantly challenged by your hero. No wonder they're feeling polarized and frightened.

I told this man at dinner last night that the coursework I'm doing does not espouse the belief that we are self-powered. That’s something called Humanism – and not what these teachings embrace. This work speaks of a connection to Source – some call it God, others refer to it as the Universe, but it’s the acknowledgement that we are all connected via some entity that’s much, much bigger than us. This is where the Oprah backlash is originating . . . they’re perceiving her questioning of Christianity as a disbelief in God – while she says explicitly in the very video that's attacking her that she simply “took God out of the box.”

Comfort zones have that name for a reason. Moving beyond them is never easy . . . particularly if doing so means embracing new ideas you have spent your whole lifetime opposing because you learned, believed, or accepted that they were somehow wrong. The thing is, we don't grow – in any capacity – by holding on to old thoughts. Every single thing we learn requires us to expand our beliefs in some way. Even in learning to ride a bike, we had to release the idea that it was unsafe to ride on two tires without the Training Wheels beneath us for support. I don't know about you, but I can still remember the terror, some 35 years ago, of letting go of those training wheels.

Spiritual training wheels . . . we can only grow so far until we're willing to release them.